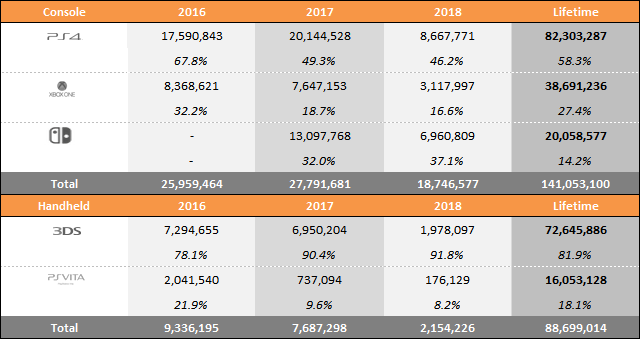 The drought of new releases on Switch is noticable. It loses its lead over 2017 bit by bit. Once October hits things will get better but September could have a few very disappointing weeks.

Actually, the lead is still growing, but much slower than before. Considering that last September saw the releases of both Pokkén Tournament and Fire Emblem Warriors and July/August got pushed by Splatoon 2, it's actually showing how good the baseline is as it's still leading.

Switch will certainly loose one or two weeks in September, but apart from that it shouldn't loose anything compared to last year until Odyssey release Week and then start glowing the afterburners for Pokémon and Smash