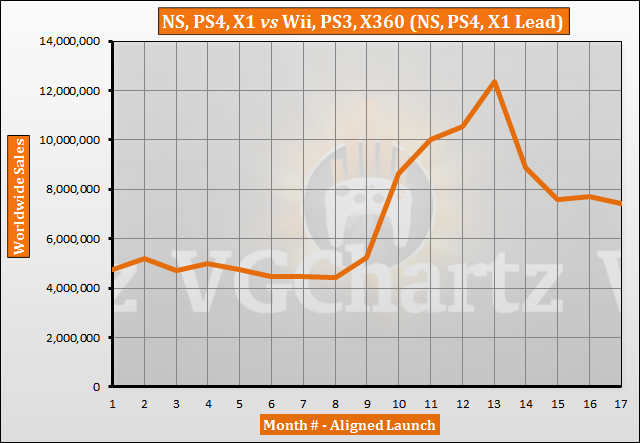 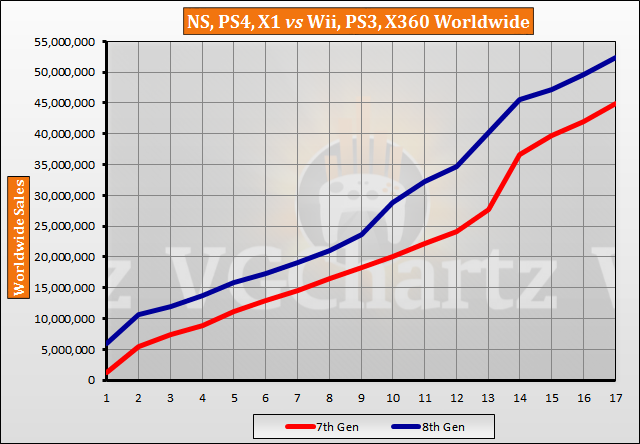 These charts are just a mess. They pretend like the Wii U never happened.

If the Wii U is in the same generation, then why isn't it in the chart above?

I agree with you, it should be there.

Consensus in polls puts PS4 as heading towards 120 million, and Xbox as heading toward 50 million. If Gen 8 is to stay ahead, that would mean Switch is going to 100 million. In fact they'd all have to go beyond that to stay as far ahead as they are. The current lead would have them beat those targets by an average of 5 million each. That could increase if the lead increases.

You guys got the combined totals mixed up. Interesting to see though. If we just pretend the Wii U never happened, 8th gen is kicking ass. So much for the doom and gloom mobile takeover.

Lets solve this like Trump would. The Wii U was fake, its a fake console never happened it was only fake news to discredit Nintendo.