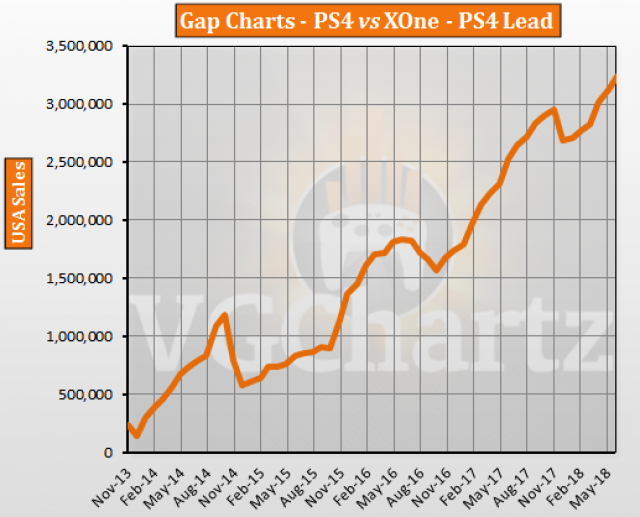 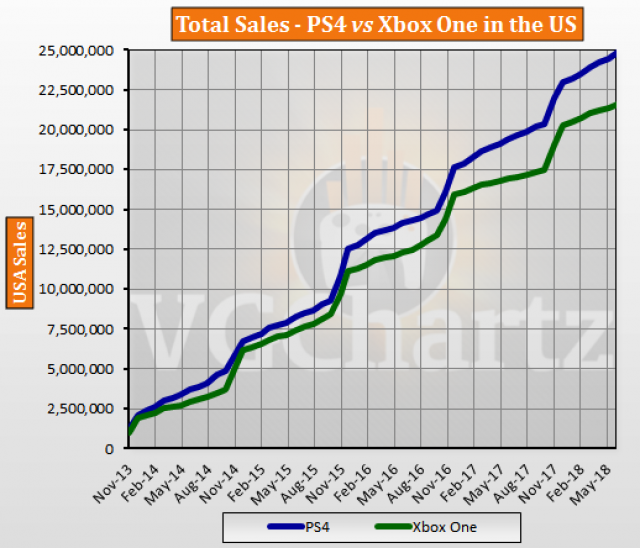 It's interesting that the patterns are very similar. But yeah PS4 is winning big time

The PS4 is big time outselling the XBox One in all regions world wide.

The US is no longer Xbox turf.

Pretty onesided. And this is by far the strongest market for XB1.

In other words, PS4 is guaranteed to outsell PS3 and XB1 will be lucky to reach half the sales of the 360.

Actually you're wrong. The 4.5M figure is for all of NA not just the USA. Check the platform totals again.

Regardless, what I said also applies to global sales anyway.

It’s very interesting that not even the launch of the X has been able to turn this around.