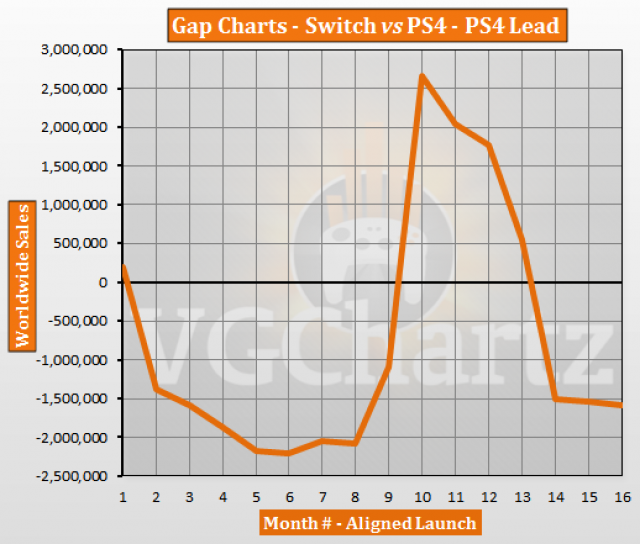 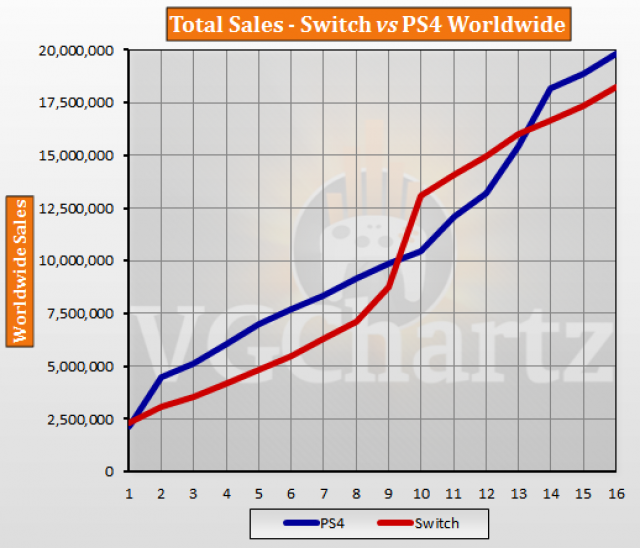 June 2018 is the 16th month that the Nintendo Switch has been available for. During the latest month the gap grew in favor of the PS4 during the same time frame by 46,682 units when compared to the Switch during the same timeframe and by 301,266 units in the last 12 months. The PlayStation 4 is currently ahead the Switch by 1.58 million units.

It looks like momentum is in favor of PS4, although slightly.

yeah, it's really a toss-up right now, with the PS4 slightly in the lead

dna helix will get another cross soon.

Switch being able to keep pace in the summertime against a PS4 in what, February, is a good indicator of Switch's success.

Typically, Q4 is the slowest time of the year for hardware sales because it’s right after the holidays. A summer for Switch should easily outpace one of PS4’s early February’s, especially when there are claims that E3 gave Switch a boost.

Are you kidding. January has always been a pretty solid month and Feb is average but the worst period is summer. Not much games are releasing in summer for a reason...