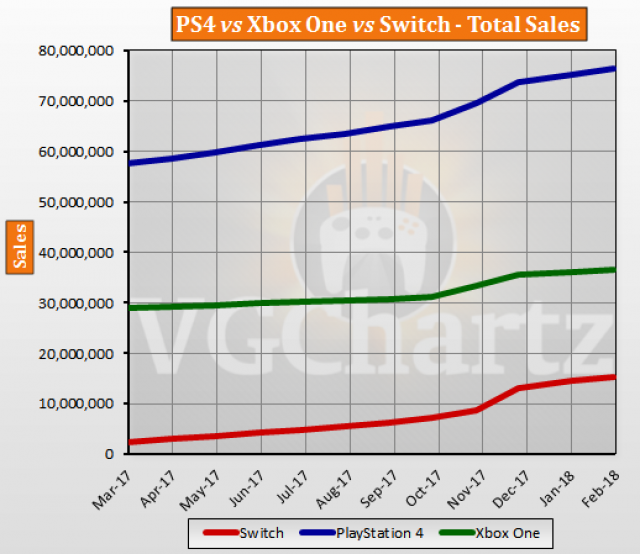 Looking at the total sales of the PlayStation 4, Xbox One, and Switch though February 2018 shows the Switch continuing to close the gap on the Xbox One. 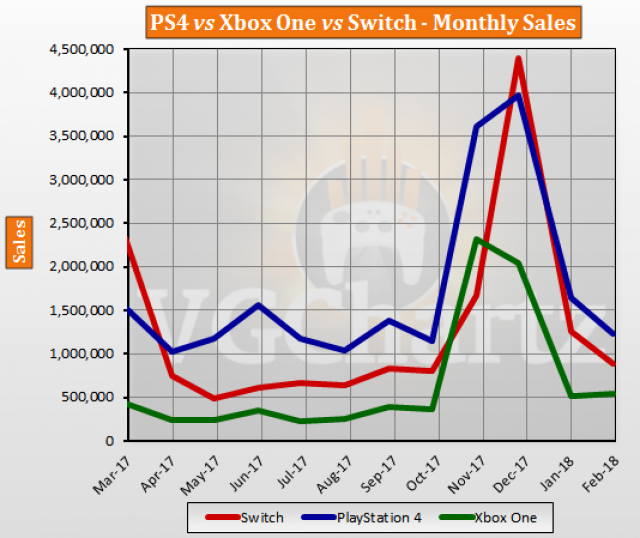 Taking a look at the marketshare, the PlayStation 4 managed to achieve 46 percent. The Nintendo Switch accounted for 34 percent of the consoles sold, and the Xbox One 20 percent.

almost 65% of X1 sales are in USA. jesus. this country is saving microsoft so badly despite (being honest here) lagging behind platforms on exclusives . and people blame Japan for not buying xboxes just because they are not japanese

But really, the Xbox is one of the most American things there is. Their most prominent exclusive? Halo, the epidemy of all things American. Space, Guns, and Military.

”The Switch surpassed the 54 million mark” lol go home Vgchartz you are drunk.

Only 1 month behind Xbox One since launch. Pretty sure that'll probably stick for a while, too.

Up YoY is always good.