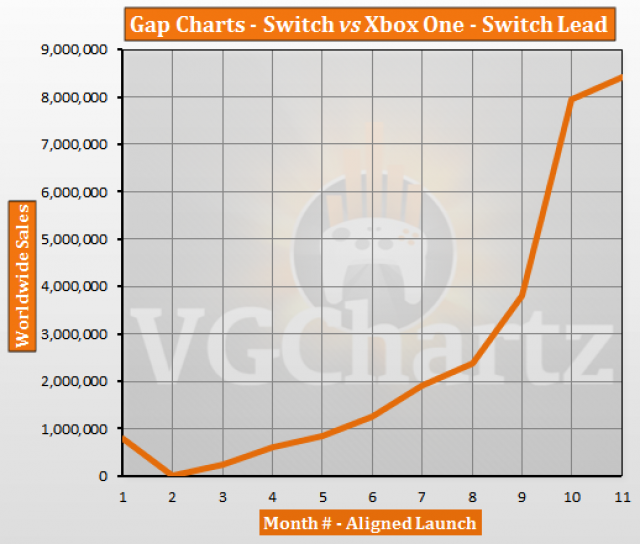 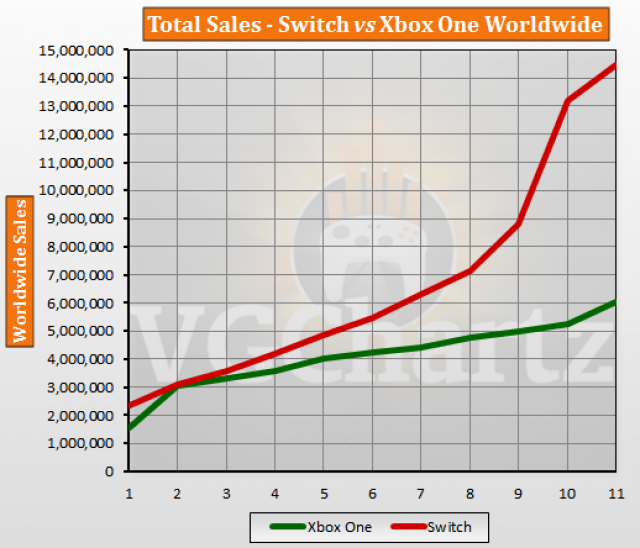 January 2018 is the 11th month that the Nintendo Switch has been available for. During the latest month the gap grew in favor of the Switch by 471,947 units when compared to the Xbox One during the same timeframe. The Switch is currently ahead of the Xbox One by 8.41 million units.

A lead of 8.4 million? That's impressive.

Why people are surprised? I mean, Switch is outselling PS4 launch allinied, of course is crushing XB1...

I dont think anyone expected Nintendo to release a Switch..... I thought they would be 3rd party by now :p

To be honest, we could expect a 2:1 ratio min. in lifetime sales, at this rate.

I prefer the Xbox brand and I usually buy a Nintendo console as back up. But with only one game I’d buy (Mario Odyssey), I feel no need to jump on a Switch bandwagon.

Hate how you got downvoted to hell for dropping an opinion. Literally nothing you said should have made anyone upset.