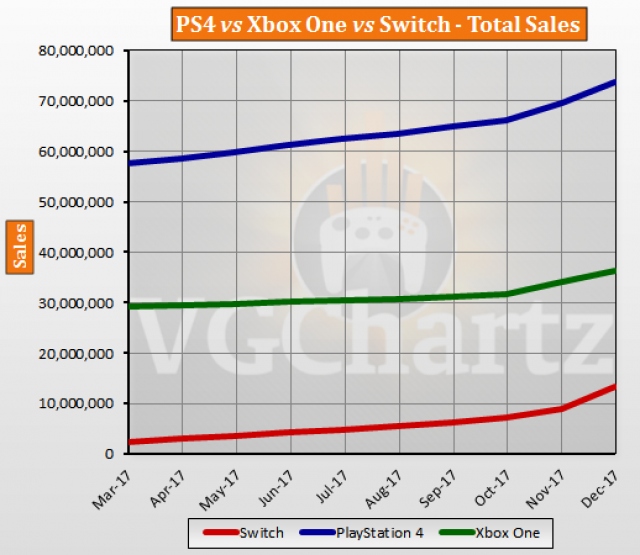 Looking at the total sales of the PlayStation 4, Xbox One, and Switch in December 2017 shows the holiday bump. The Switch did have the biggest increase in sales in December. 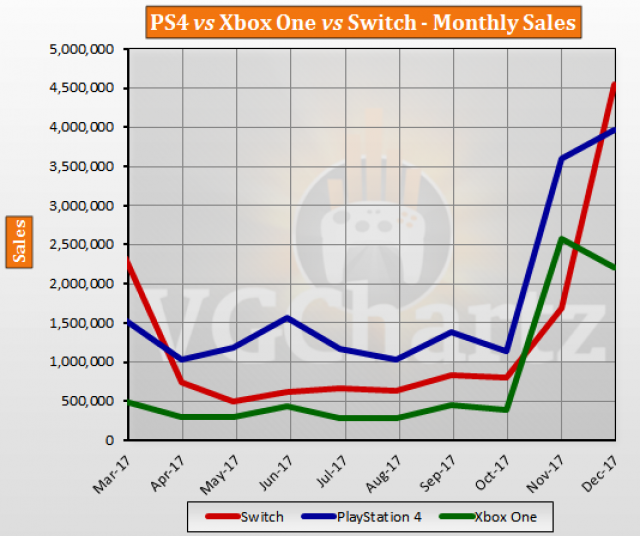 Taking a look at the marketshare, the Nintendo Switch managed to achieve 42 percent. The PlayStation 4 accounted for 37 percent of the consoles sold, and the Xbox One 21 percent.

WTF happened to Switch? Why was it's November so low compared to December?

Stock. Nintendo pushed a LOT of units in December. Plus December has always been Nintendo's strongest month usually having a much larger boost than Sony and Microsoft.

There is an explanation to understand why the NS has a spike in December and why the curves of SONY and MS are a little bit smoother. The target of the NS has much more children of 7-14, and these children want to have their new console on the 25th of December. The 25-35 years old players of MS and SONY which are in bigger proportion give less shit about Christmass, and many of them will avoid the stupid rush of December and instead buy their console in Nov and Jan.

OK.... so what about christmas 2016 when we had more PS4 and XBO sales in December than WiiU and 3DS? Seems that children now have many different consoles at home :D Please understand that Switch works fine in every age range ;-)