The action RPG from publisher Nintendo and developer Monolith Soft - Xenoblade Chronicles 2 - sold 437,116 units first week at retail on the Nintendo Switch, according to our estimates. First week sales can be viewed on the VGChartz Global Weekly Chart for the week ending December 2. 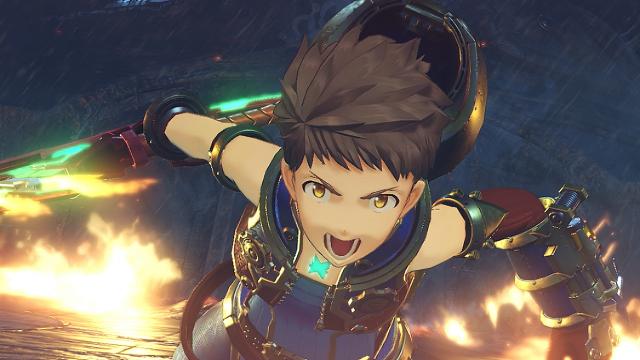 it's pretty amazing how far the Xenoblade series has come, and to think that the original needed a petition in order to be released in the US

Above XC1 and slighty below X. Not baaad, not bad at all -Nia, considering WiiU had nothing else at that time. And it's XC2 first week without digital. So it's the best selling Xenoblade game for sure.

Actually X did a lot below, problem is that numbers for X in USA in VGC are inmensely overtracked

Sorry man, I thought you were AngryLittleAlchemist for a second. Same avy.

My favorite is the welshiest: I'll bash yu up propa next toime I swer.

Damn what an ending it had :)

This was literally the second game I have ever played that made me tear up.

Nice launch. Hope it will have legs decent enough to carry the game to 2 millions.

i am optimistic about it :) i miss the exploration on x though compare to 2 :P

So there's a chance that the Xeno series sales can return to the PSX/PS2 era in Xenosaga/Xenogears?

Monolith is a Nintendo 1st parry.

This game needs more sells. It's just that excellent of a game.

This is a great game. The physical sales can reach the million. I would like to see more from monolith.

Good to see the game is almost certainly profitable.
Hopefully it can go on to crack the 2m mark.

The beauty of the XenoBlade games is behind the story and gameplay. Hope to see more from Monolith. Sales don't mean everything and JRPG fans should definitely pick this up.

Sales do mean sequels as well as a better chance of keeping Monolithsoft funded so they can keep making games. So if this sells well, Nintendo will be encouraged to keep the series going. Xenosaga got cut short by Namco because the second and third games didn't do well in sales.

I am referring to the current game. The moment you switch it on you are getting the best out of it. Sales wont improve the gameplay or visusls etc, unless its an MMO than it might affect the gameplay to an extent. There are many games that are gems that dont sell well but are must plays. Hopefully they continue the series and see its worth. It sold decent and might crack 2m which could merit a sequal.

Sales can potentially improve visuals. If the game sells very well they can get more money, which in turn will likely improve the visuals.

@pikashoe The point is the current game you are playing doesnt get any better if it sold 700k or 7m. Yes a sequal would be likely in the works however that doesnt garentee advancements. Look at Mass Effect 4

HAHA, I was thinking the same thing XD

This game doesn't have to be in the top 10 selling titles among multi-platforms to be successful to be an incentive to buy a Switch. Xeno already is a success..

If we take the Japanese numbers following launch as an example, we're looking at >800k sold at retail so far. There's a good chance this one is on the cusp of a million already, if it hasn't passed it.

Wow. This is more than half the total sales of the first game.

I haven't played the game, but judging by Xenoblade (the original..), this is very well deserved.

The numbers are good, but the game was a little bit disappointing. Have played it with a friend and only found it mediocre (dialogues/story&battle system). But maybe it's just the feeling because of the experience with "persona 5" was so incredible last summer. A 2018 release for XC2 with better fightsystem/features would have been better for me personally. BUT nice to see the JRPGs are currently popular again. I am looking forward to Ni No Kuni 2, Dragon Quest 11 and Kingdom Hearts 3 this year. Good times for Japanese developers :)

I don't know how far you got into the game, but the battle system is very deeply layered and tactical with a lot to it, the game just takes its time so you aren't drowning in the opening fights. Story and such does a similar thing. Much like the first game it starts out disarmingly familiar and simple but grows more complex, dark, and deep as things progress until the ending which is insane.

But yes, it is very different from Persona 5, that's just because of the style of JRPG it is.

I'm really happy this game is being received well. I bought it and the switch together last month, but someone I know spoiled a key element, so I'm waiting until it fades out of memory to open them and play this

The art style held it back sales-wise imo. Anime is niche in the US.

It sold around 280k in december, and thats not including digital sales, which should be significant.And given the Switch success, this game will have legs.The art style, if anything, affected little to nothing of its sales.

So niche there's a highly successful streaming service devoted entirely to anime, am I right? ;)

This is silly. Many franchises like Final Fantasy, Pokemon or Zelda have anime-ish art styles and still sell millions on the west.