The Sims 4 on Consoles Sells an Estimated 240,000 Units First Week at Retail - Sales

The life simulation game from publisher Electronic Arts and developers Maxis and The Sims Studio - The Sims 4 - sold 240,613 units first week at retail on consoles, according to our estimates. First week sales can be viewed on the VGChartz Global Weekly Chart for the week ending November 18. 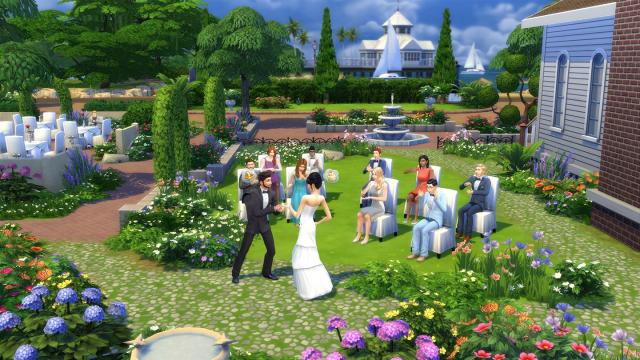 Need this on the Switch! I would play it for more than 100 hours.

Switch version would be amazing

The popularity of sims have been deminished and ever since the lootbox controversy against ea happend, they are going to monopolise sims 5 if theres one coming out and that ll be the end of this franchise

240,000 in Week 1 is pretty good considering the bad press this game got on PC, and also the pretty average reviews the console versions got from the gaming media. Also unlike alot of games I can see The Sims having pretty decent legs compared to most and I am sure it's the sort of game people will pick up digitally as well if/when it's on the PSN/Xbox stores for £10-£20

Is it just me or does the woman on the left look exactly like a female version of Groose from Skyward Sword?

How is the port; does anyone here have the game?

Note I don't have the game but from what I have read on forums and reviews the game is the complete experience but the DLC is all cut out so its very expensive to get the game + all add ons and the controls of the game are very hard to get used to. Apart from those aspects it holds up

Ah, well DLC and controls were my major worries for this title.
Hopefully console players are able to get past the control scheme.