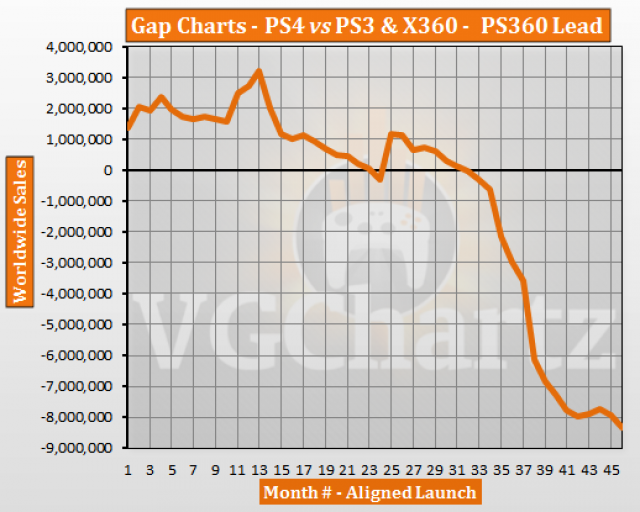 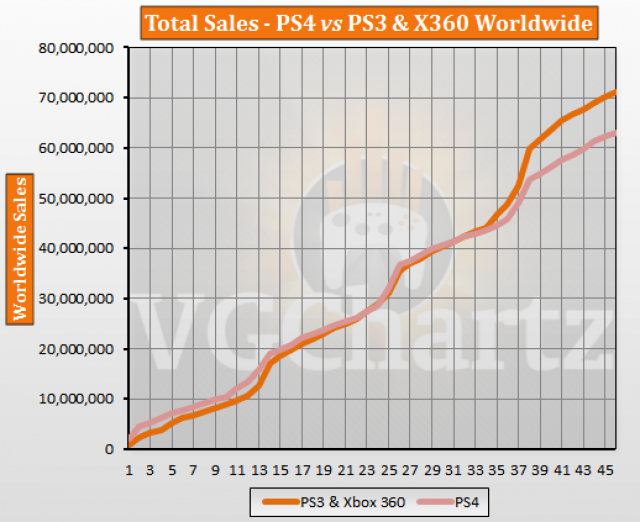 I'd be very surprised if PS4 caught the PS2 let alone PS3+X360. It's not impossible, though.

Let’s see how well all these huge bundles do this holiday, + the solid lineup of games next year. PS4 obviously isn’t going to keep up, but I think it’ll remain competitive for quite some time.