Dragonball FighterZ Proves That 2D is a Thing of Beauty - Preview

Dragon Ball Z is one of the most iconic anime series of all time and has a history of fighting game adaptations going back decades. Something is usually lost in translation, however, when converting Akira Toriyama’s recognizable character designs to the realm of videogames. 2D fighters usually appeared on weaker hardware or portable devices that gave the characters an overly pixelated look. 3D fighters, even on the most modern hardware, look a bit off as well simply as a side effect of adding another dimension.

Enter Dragonball FighterZ, a 2.5D fighter featuring the most seamless and faithful animations of any Dragon Ball Z game to date. Developed by Arc System Works, famous for the Guilty Gear and BlazBlue franchises, Dragon Ball FigtherZ has a lot of pedigree behind it as it looks to carve out a unique place in the fighting game genre. It garnered plenty of attention at this year’s New York Comic-Con and I got to try it out to see if the game had more going for it than its looks. 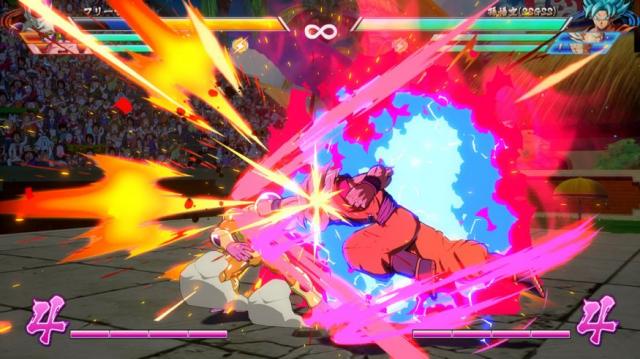 Dragonball FighterZ is a 3 vs. 3 fighter. You can swap out characters in mid battle and call on them for supporting attacks. In order to win you have to knock out all three characters on your opponent’s team. This is all pretty standard stuff for team based fighting games a la Marvel vs. Capcom. In my first bout I picked the unorthodox trio of kid Gohan, Frieza, and Vegeta.  My opponent picked Goku, Gohan, and Trunks. Other available characters in the demo included Android 16, Cell, Krillin, Majin Buu, and Piccolo. Gameplay is fast and furious. The stages included familiar staples such as Planet Namek, West City, the Tenkaichi Budokai Tournament Stage, Rocky Cliffs, and Cell’s Tournament Stage.

Things get pretty chaotic to say the least. This is a game in which all of the characters can fly and teleport to different parts of the stage at will, so it can be hard to keep track of where you or your opponent are at any given time when you first start playing. Being restricted to the X-and-Y axis does make things feel more restrained and claustrophobic, especially when combat involves so many projectile attacks such as the Kamehameha that take up large parts of the screen and leave smoky residue for a few frames. With the ability to call in your other fighters for assist attacks, there can be four or more characters on-screen at a given time. Landing successful attacks will build up your reserve of Ki, which allows you to unleash more damaging special attacks. 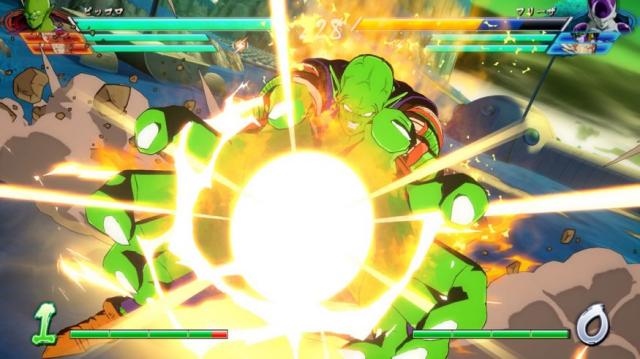 It is near impossible to grasp all the intricacies and mechanics of a fighting game during one's first hands-on play session but I did the best I could. Like other Dragon Ball Z fighting games you can charge your Ki manually but doing so leaves you vulnerable to attack. Vanishing (teleporting) and Dragon Rush (charging towards your opponent) techniques allow you to cancel into different attacks and put together potentially devastating combos if used correctly. I lost my first fight by a hair. Both me and my opponent largely resorted to button mashing, which led to an ugly, inelegant match.  For my second bout, I chose an all villain ensemble consisting of Frieza, Cell, and Majin Buu. I also took the time to study the controls and try out a few special attacks.  Not only was I able to put Cell's Kamehameha attack to effective use, I managed to pull off my super special with Frieza which ultimately led to victory over my opponent.

Dragon Ball FighterZ is built using Unreal Engine 4 and the results are phenomenal. The game runs at 1080p resolution and 60 FPS and promises to support even higher resolutions on the PS4 Pro and Xbox One X. The backdrops of the level are vibrant with motion. This was most apparent in the West City stage more so than the others, though they all are destructible to an extent. The special attack and super special attack in particular are animated in a way that beautifully recreates iconic moments from the show, usually in close-up. 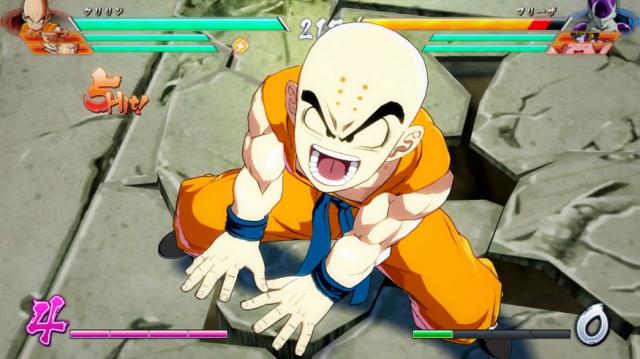 The potential is certainly there for Dragon Ball FighterZ to be a great option for both general fighting game fans and a new contender on the competitive fighting game scene. It takes the beloved franchise in a bold new direction and looks great while doing it. There are still questions up in the air such as how the game will play online and which characters will be included in the final roster, but these should all be answered when Dragon Ball FighterZ releases sometime in early 2018 for PS4, PC, and Xbox One.

They would make a great Marvel Vs Capcom game, dont you think?

2D fighting >>>> 3D fighting. That said, I hope Capcom goes back to their roots and bring back 2D. This DBZ game looks nuts!!

Who said it wasn't? The best fighting games are 2D.

this is how you do it capcom, hope you learn something.

It's ArcSys published by Bandai Namco. He's saying Capcom can learn (unlikely) from them.