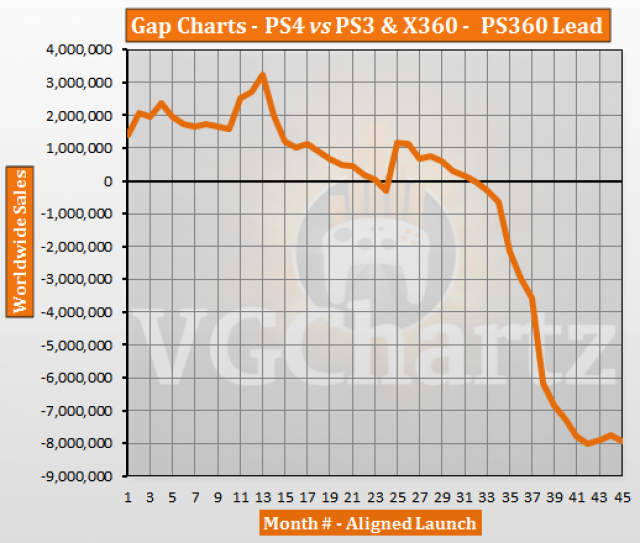 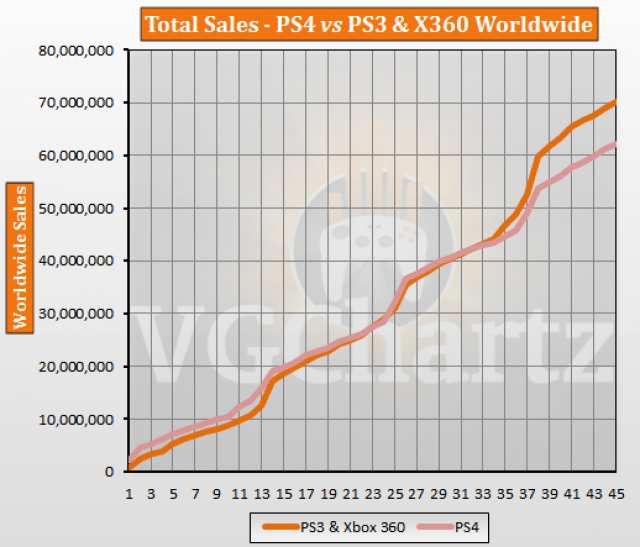 This only goes to show how impressive it is that one console can sell this well.

It's crazy how even with these charts, there are people on this site that thinknPS4 has already peaked, and won't even break 100 million. Proof is in the pudding; I think this proves PS4 is gonna break 130 million easily.

It would be quite hard for PS4 to keep ahead of it, but now it basically explains why we still hear that PS4+X1 vs PS3+X360 is still ahead (PS4 do it almost by itself), and PS4 is again regaining some ground...
Have anyone noticed MS stopped talking about X1 being ahead of X360? Have we done any comparison?