Subsurface Circular is the third game from indie developer Mike Bithell (Thomas Was Alone, Volume) but this title represents an altogether more fundamental departure from a 'traditional' gaming experience than anything he's ever produced before. Subsurface Circular is a short, text-based adventure title. It's so short in fact that you're warned of this as the game is loading, but if viewed as the video game equivalent of a short film or TV pilot it shows incredible promise. If Bithell decides to work on more creative video game endeavours like this in the future them I'm all for it. 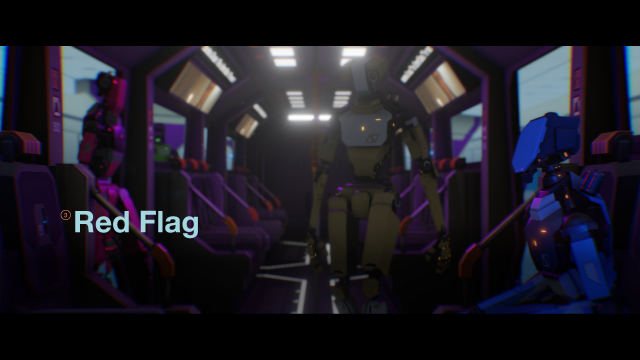 You play as a Tek (otherwise known as a robot) working on a fictional underground subway track. Each Tek in this world serves a different purpose, but all of them are intelligent to a certain degree. The specific Tek you play as is a detective of sorts, built purely to solve puzzles and issues that have become problematic for management, and the puzzle that needs solving in this case is the disappearance of constructor Teks amongst the city's working classes.

While most games would probably have you wandering around the city trying to piece together clues at this point, Subsurface Circular keeps you firmly rooted in one place - an underground subway cart. You'll need to converse with other Teks as they hope on board in order to get to the bottom of these disappearances and will, at the same time, learn more about the wider world. 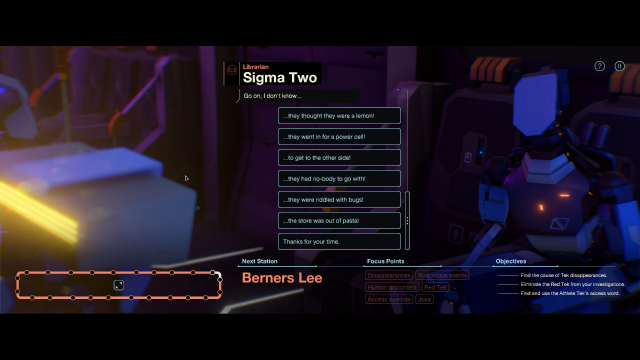 Visually, Subsurface Circular is lovely and polished. Each individual Tek is well detailed and the characters and background environment are both sharp. A brief cinematic introduction also adds an additional layer of flair that you wouldn’t necessarily expect from an indie game, it's just a shame there aren't more of them. Naturally, the level of graphical fidelity is this high because events in the game all take place in a single location and, aside from Teks walking onto and off of the cart, there's not much else that needs rendering.

But you shouldn't be going into Subsurface Circular focussing on the graphics, or even the gameplay for that matter. Subsurface Circular's best qualities are the writing and some superb world building. As you talk to more and more Teks the wider world of Subsurface Circular really comes to life, even as you're stuck in the underground, and things like humankind's attitude towards the Teks, the Teks' various functions and personalities, and scientific and technological progress are all brought into sharp focus. 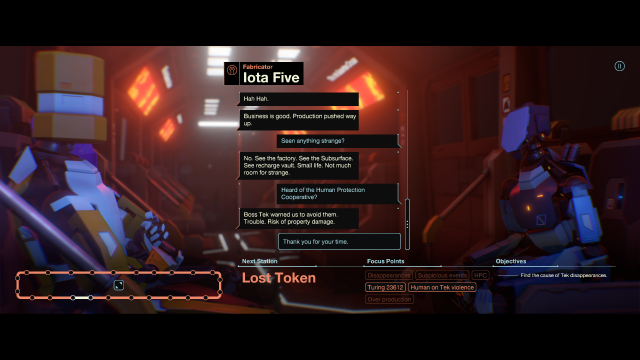 Indeed there isn't actually all that much in the way of gameplay - you ask questions, receive answers, and eventually ask other questions in a different order depending on where you feel the investigation is heading. On a couple of occasions you’ll need to use your smarts to get over a hurdle (for example in one scene there's a Tek that's unable to communicate properly, which means his text is all garbled up on the screen), but over the course of the game's two hour playtime you'll only encounter a few puzzles like this.

The narrative does alter over the course of each playthrough, depending on how you approached your conversations, so there is some small replay value in that sense. Although the Teks you encounter are the same, the dialogue selections you make will allow you to unlock different branches and different conclusions. You can also play through the game while listening to the developer's own commentary if you want, which is a worthwhile addition given the importance of the narrative to the whole experience. 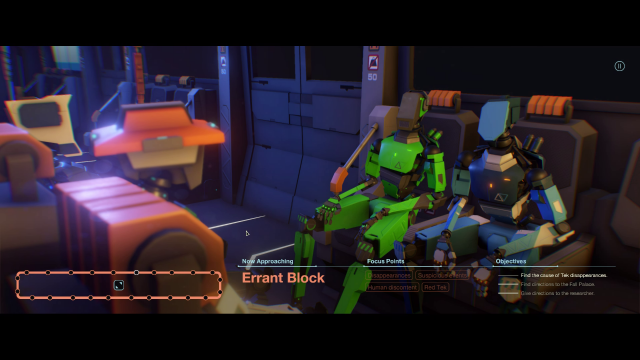 One final thing to note is that Subsurface Circular has a great soundtrack that's cleverly implemented. Each time a new group of Teks board the cart, you’ll notice that one of them is listening to music via headphones - headphones which are playing the game's soundtrack. Thus the game's music is a physical and fully integrated part of the game world, further underpinning the strong sense of world building.

Subsurface Circular will assuredly not be for everyone, but it's a brilliant addition to Mike Bithell’s body of work. A novel approach to the adventure genre, some great writing, and a sublime story ensure that Subsurface Circular stands out in an increasingly over-crowded indie marketplace.