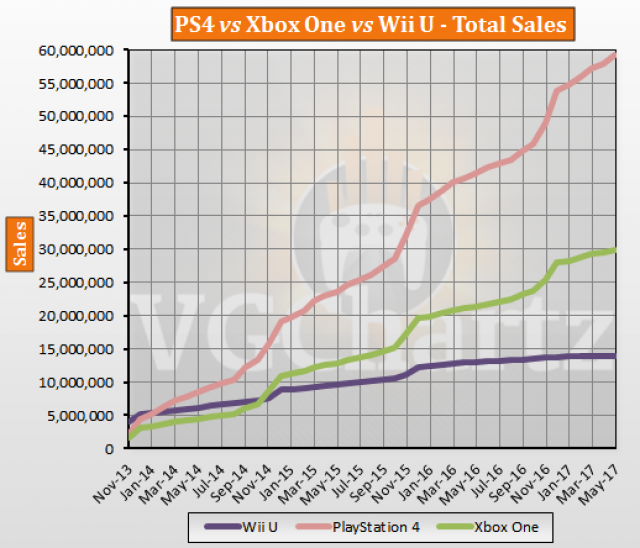 Looking at the total sales of the PlayStation 4, Xbox One, and Wii U in May 2017 shows how the PlayStation 4 has continued to dominate over the Xbox One and Wii U, outselling both of them combined by 15.35 million units. The Xbox One in turn continues to increase its lead over the Wii U and has outsold it by 15.98 million. 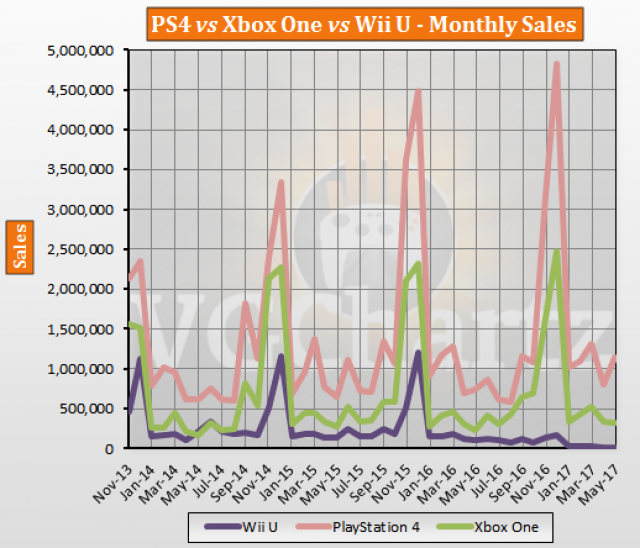 Taking a look at the marketshare, the PlayStation 4 managed to achieve78 percent. The Xbox One accounted for 21 percent of the consoles sold, and the Wii U just one percent.

The Wii U stopped just short of 14 million units sold.

I wonder if it'll end up hitting 14 million. It's pretty damn close!

they probably have 14 mil shipped. its the leftover stock hiding somewhere...
at least it isn't as rare as the dreamcast...

I can't find any new stock anywhere that I look for the Wii U. Hoping to find one that might be on a fire sale from a Target, Walmart, Best Buy or local mom and pop shop.