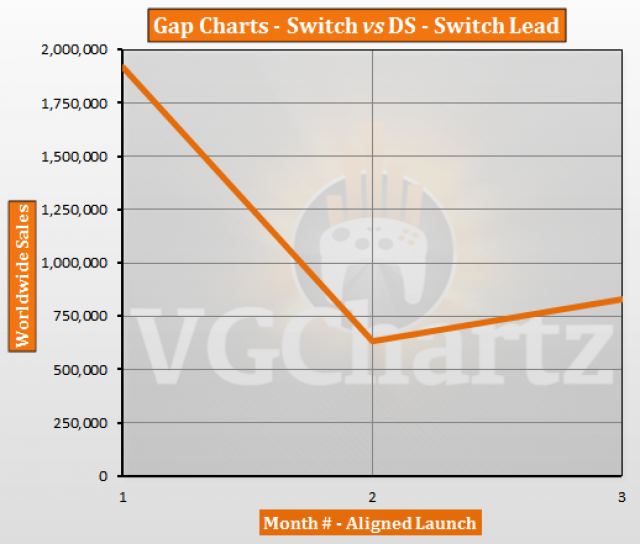 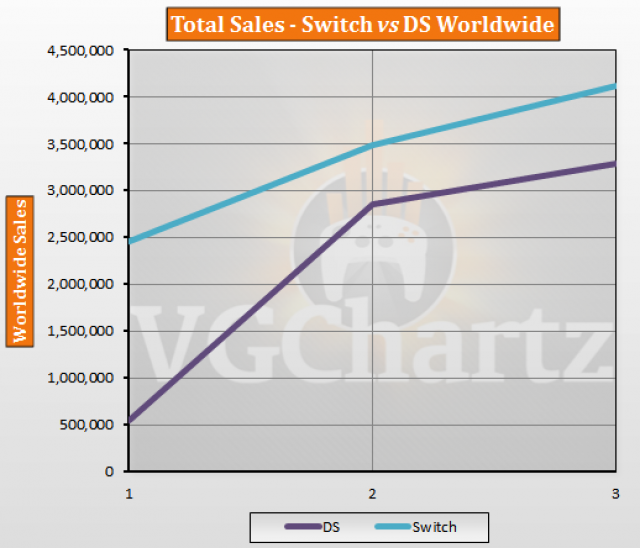 Well... this'll be a non-comparison after the DS Lite launched.

Four months in, would we have expected the DS to have done as well as it did? It's probably not going to be a competition, but you never know.

Clearly I'm not predicting that the Switch will sell that much. But, I also wouldn't have predicted the DS would have sold that much.

Switch should enjoy these small moments it will have...... lol

long-term-numbers-wise it should make more sense comparing 3DS and Switch. We all know original DS will have a point where sales completely skyrocket.

The price point makes this comparison pointless. The DS price was soon dropped to dedicated handheld levels. The Switch is the price of a home console and should only be compared with them because of it.

You're gonna need a bigger chart when the DS starts having 30m+ years lol. :-P

It'll be a fun comparison for the first year and a half, and then it will turn into a bloodbath once the DS Lite enters the equation.

Unless the Switch gets software like Brain Training and Nintendogs, this is going to be a blood bath.