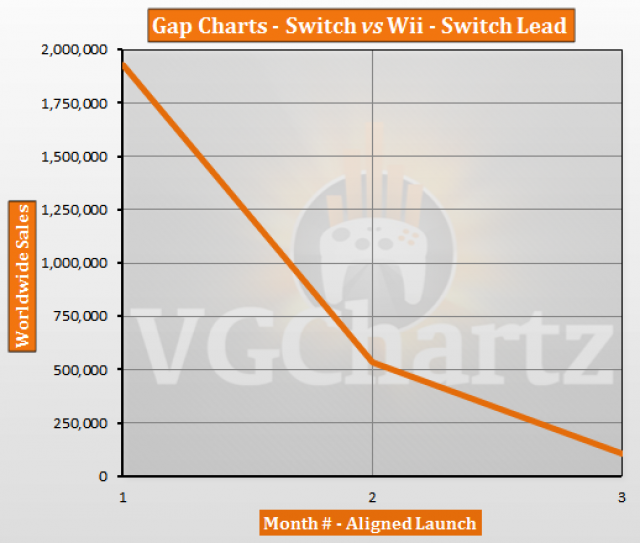 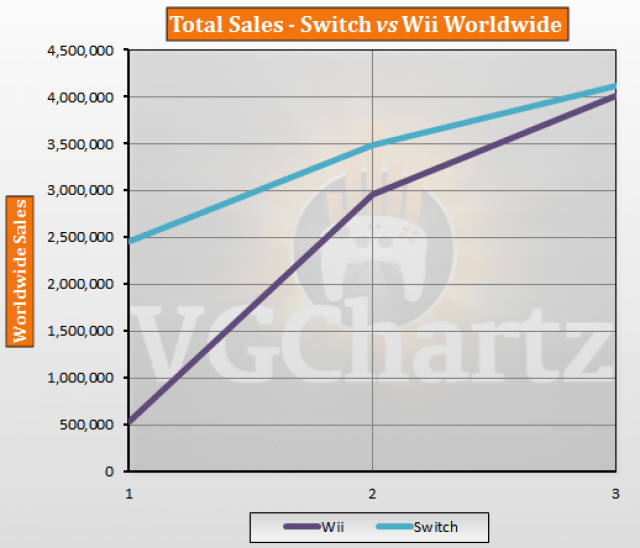 May 2017 is the 3rd month that the Nintendo Switch has been available for. During the latest month the gap grew in favor of the Wii by 426,524 million units. The Switch is currently ahead of the Wii by 107,576 units.

Not bad, especially considering the Wii came out in November. Depending on how the supply chain is, Switch should regain the lead after the holidays, but it will be all Wii after that.

I thought Wii had already kicked Switch's ass. Glad to see it hold up a little.

Oh wow! It is very close!
And Yay! The Switch reached 4mil from VGC!

hmm.. This will be interesting.