The fighting game from Capcom - Ultra Street Fighter II: The Final Challengers - sold 98,246 units first week in the west at retail on consoles, according to our estimates. First week sales can be viewed on the VGChartz Global Weekly Chart for the week ending May 27. 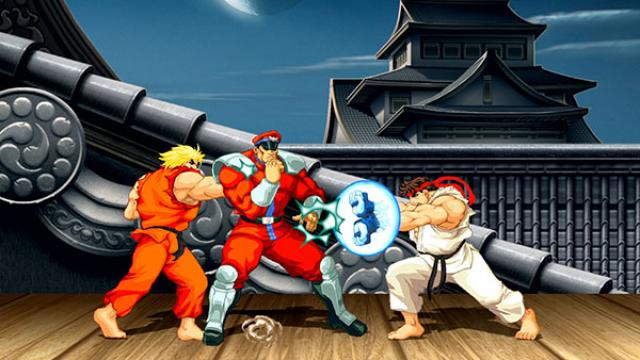 Ultra Street Fighter II: The Final Challengers released for the Nintendo Switch worldwide on May 26.

Makes you wonder how well original games with real effort put into them would have done.

Applaud to Capcom. Almost 100k people, more if including digital, bought a $5-10 game (on PSN/XBL depending on sale) that's 26 years old for $40. This is why developers/publishers continually remaster games and nobody should ever complain about them remastering ever. Ever.

I am one of those who bought it, love me a bit of Street fighter 2 and it plays as beautiful as ever. Shame way of the Hado wasn't executed better as it had potential to be a good minigame. Still going for those high scores though despite the wonky motion controls :)

Just don't really feel like buying yet another version of Street Fighter II. Honestly, the one I got something like 25 years ago works just fine if I should ever feel like playing it again.

I was one of them, love the game!

This also has been in the top 10 of Eshop games for quite a while now, so I guess digital sales have been ok.

This game may end up outselling Street Fighter V lol.

If the rumors about SFV sales are true and they drop the price around the holiday season or whenever Nintendo starts to meet the demand of Switch systems, that is very possible. Even the 3DS version of Super SFIV would up selling over a million eventually.

Surprising to me, given the steep price tag for such an old game. May pick this up once price has dropped to 20

Not bad for a game priced at 40. They could have just put their SNES and Genesis VC games on Switch and included online play like they did with Super Street Fighter 2 Genesis version on the Wii VC. I suppose there is more money to be made in this. Physical release is nice but it shouldn't have been more than 20.

Not bad for a game priced at 40. They could have just put their SNES and Genesis VC games on Switch and included online play like they did with Super Street Fighter 2 Genesis version on the Wii VC. I suppose there is more money to be made in this. Physical release is nice but it shouldn't have been more than 20.

This game is Digital. I havnt seen one phyical copy in store where i am from.

We have physical copies at my local. Saw about 5 copies on the shelf.

The game where i am from is hard to find on Disk. Only way to get it is the digital store. I dont believe the stores even stocked it haha

I imagine it would be very hard to find on disk :P given the Switch doesn't use them xD