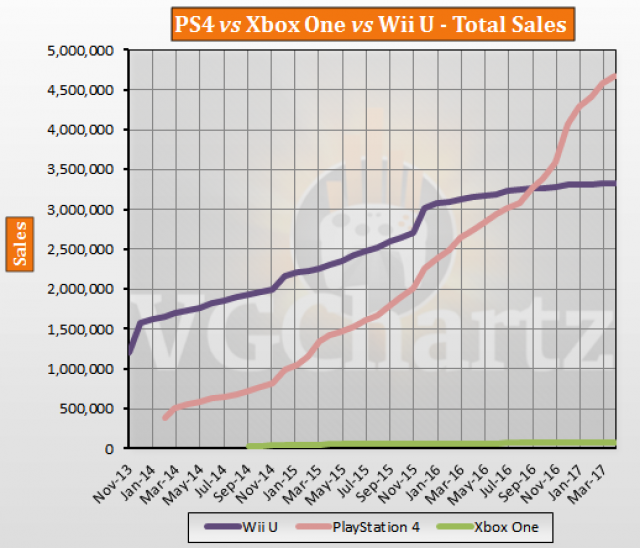 Looking at the total sales of the PlayStation 4, Xbox One and Wii U in Japan for April 2017 shows how the PlayStation 4 has caught up with the Wii U over the last couple of years and is now more than 1.3 million units ahead.

Taking a look at the marketshare, the PlayStation 4 has a 58 percent market share, the Wii U sits at 41 percent, and the Xbox One just one percent. 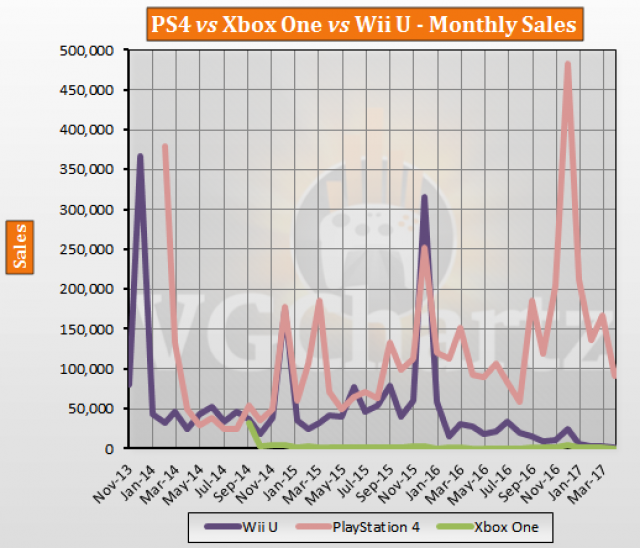 When you compare monthly sales to a year ago all three consoles are down. The PlayStation 4 is down 1,237 units, the Wii U is down 26,345 units, and the Xbox One is down 50 units.

Why is XB1 even included in this chart? I understand but comedic value but surely this is a lil' mean aha.

I believe in the Xbox One.