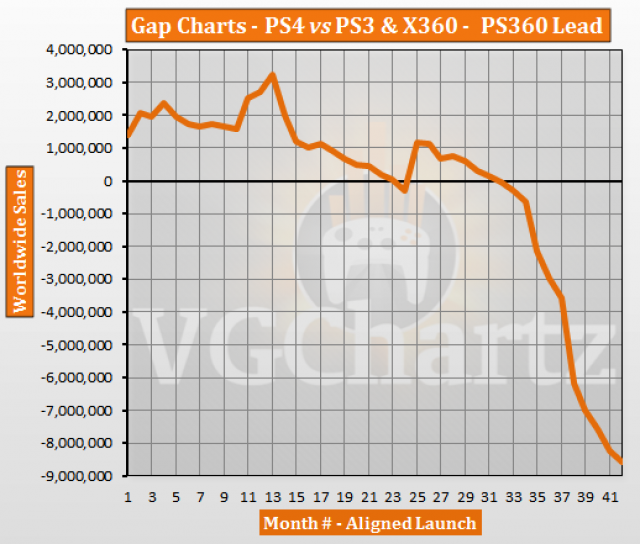 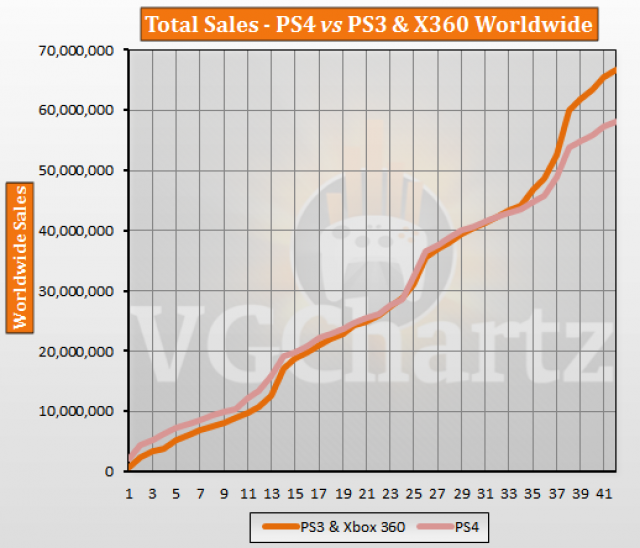 The PS360 are starting to pick up steam while the PS4 is not showing any signs of slowing down. Anyway PS4 is not going to win this one buy it had a good run the last 3 years.

There's no way it would've sold over 160 million so this was bout to happen.