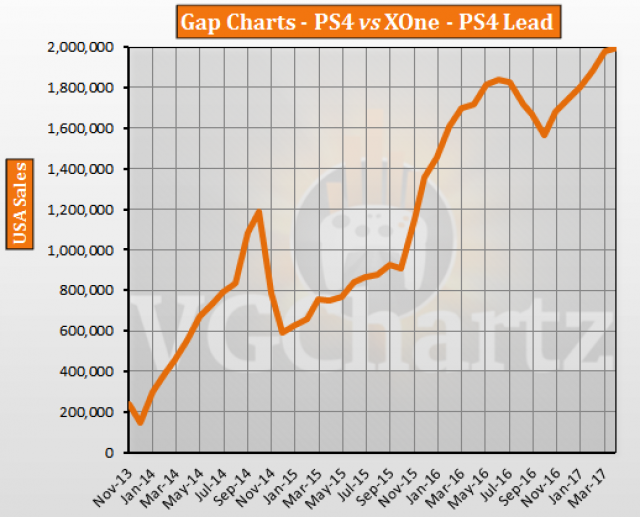 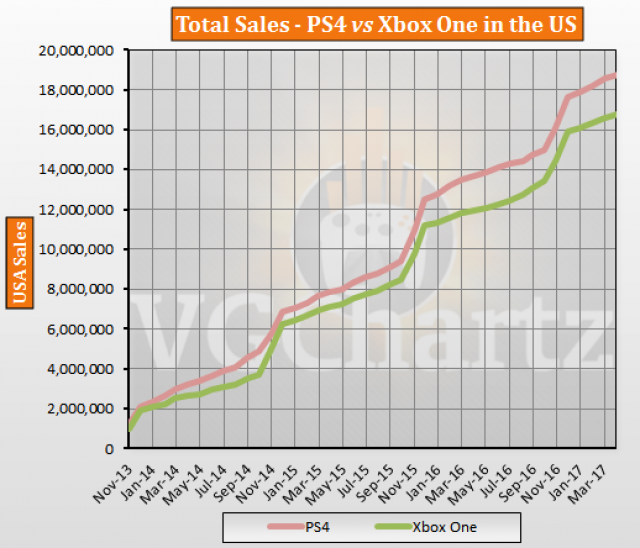 2 million gap is real and it's looking mighty sexy.

That is really, really fucking close. Seems like PS just dominates outside of the US though... exept in japan. It was 1 to 1 with the wii U there untill this year.

I think it'll drop down to a gap of 1 - 1.5 million after the XoX releases and then PlayStation will take over again.

Because it's America and Xbox we're talking about here.

The PS4 is crushing the XBOX in sales!

The rest of the world.