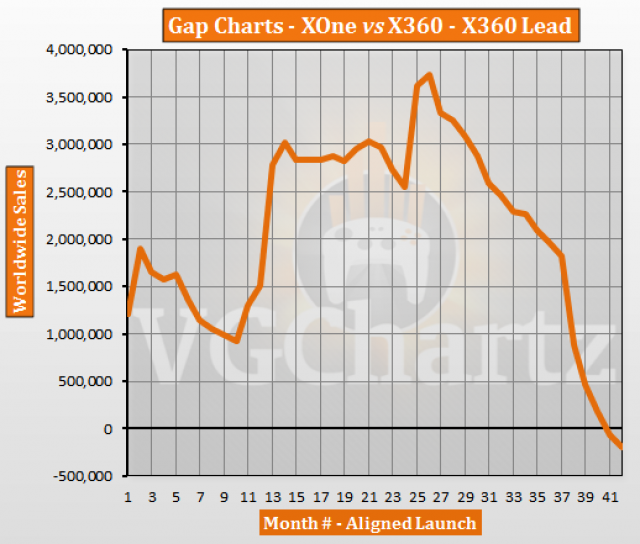 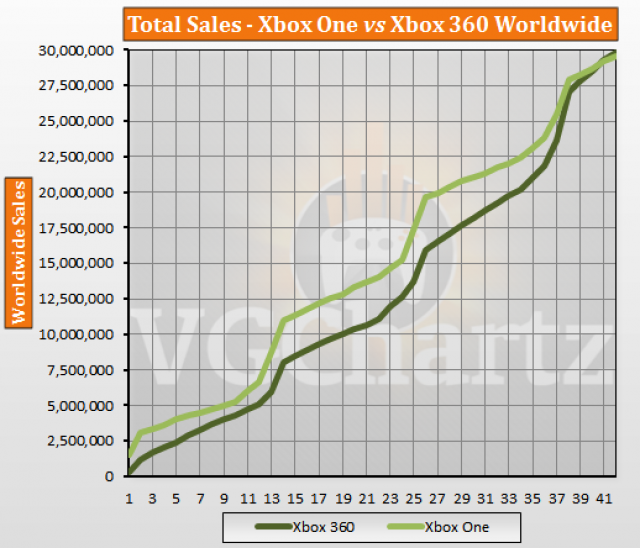 So, xbone is not the fastest selling Microsoft console anymore, and i think in time the difference will get even biger between x360 and xbone.

As I anticipated, the only way X1 can outsell 360 is by being supported longer. Hence, we would need another X1 after X1X.

Wow XBO is losing the lead since E3 2016 pretty consistently. Looks like that's what you got, if your exclusives are also windows exclusives...

I think Scorpio could help Xbox One sales in someway, but i still think that X360 will end a head.

What was really impressive about the 360 was the incredibly consistent sales throughout its long, long life.

Good to see they both are doing well. XB360 was a healthy selling console and XB1 seems to be doing the same.