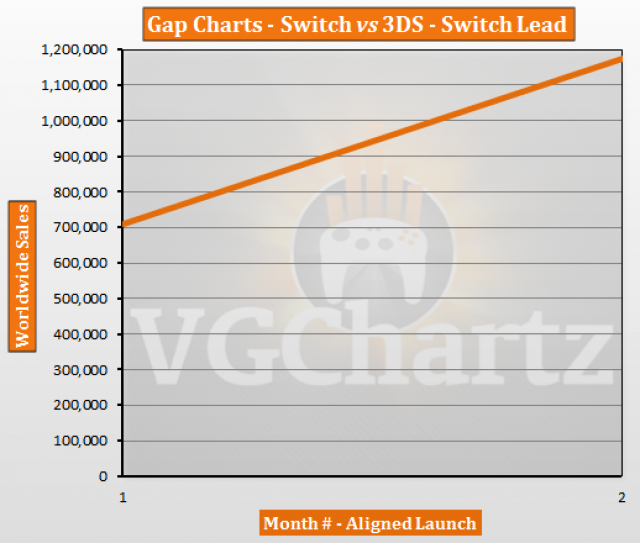 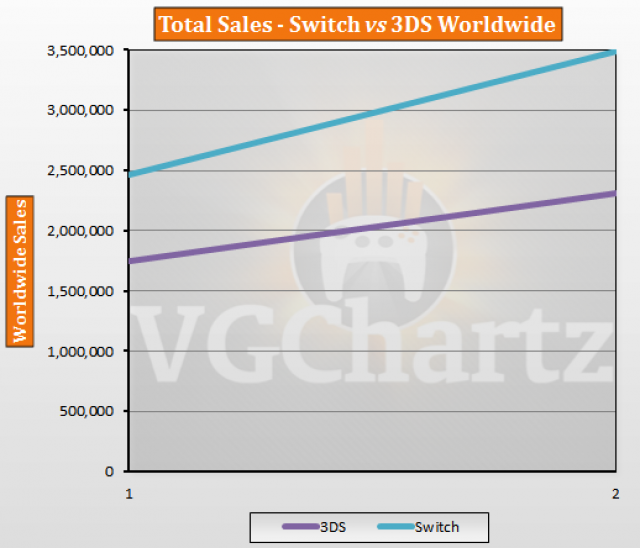 April 2017 is the 2nd month that the Nintendo Switch has been available for. During the latest month the gap grew in favor of the Switch by 464,258 units. After two months the Switch is currently ahead of the 3DS by 1.17 million units.

The 3DS launched in February 2012 (however, 3DS sales have been aligned to March 2012, since it only launched at the end of February in Japan), while the Nintendo Switch launched worldwide in March 2017. The Switch has sold 3.49 million units, while the 3DS sold 2.32 million units during the same timeframe.

Strange, seeing that Switch lost lead in the second month to WiiU but wins against 3DS. But then I realized: first month for WiiU was one week (November) and second month was December. This graph will getiing more interesting as we reach the pricecut for 3DS. WiiU gap will grow fast in the future editions.

3DS will be one of the best comparisions to Switch sales.

since 3ds and switch are aligned, this will be interesting.
3ds's price is its llimiting factor while the switch's is supply constraints, both of which will be alieviated somewhat in the summer.

Since Apple is going after the same parts as Ninty Switch, I doubt stock issues will end this year let alone this summer

Yeah, 3ds was a flop in the beginning.