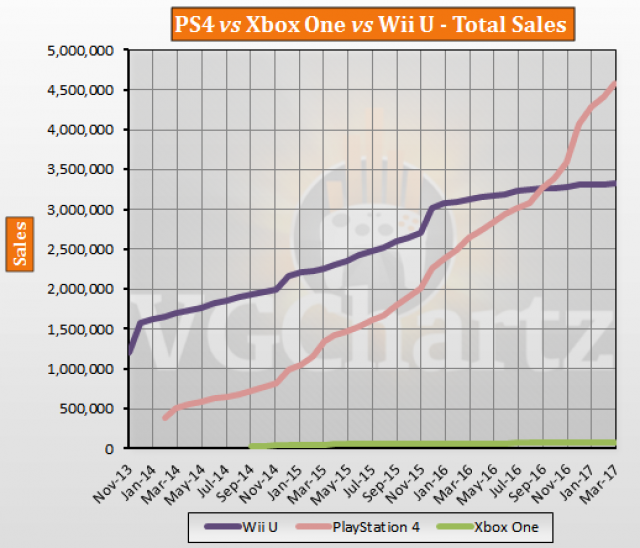 Looking at the total sales of the PlayStation 4, Xbox One and Wii U in Japan for March 2017 shows how the PlayStation 4 has caught up with the Wii U over the last couple of years and is now more than one million units ahead.

Taking a look at the marketshare, the PlayStation 4 has a 57 percent market share, the Wii U sits at 42 percent, and the Xbox One just one percent. 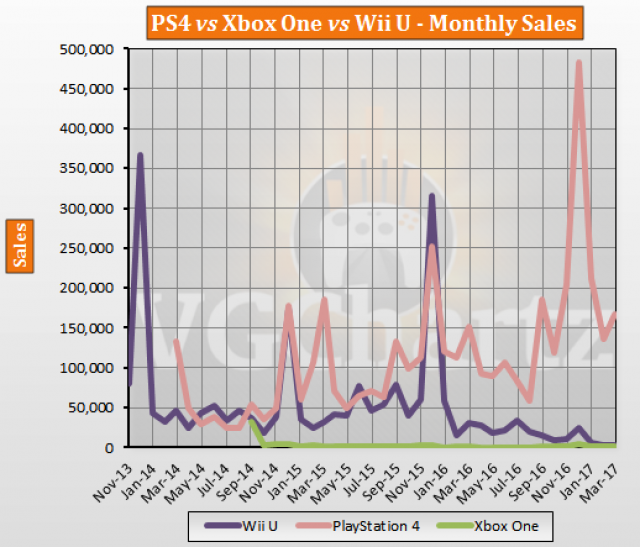 I genuinely think that the Xone is still selling it's launch shipment in Japan. The Xbox 360 didn't do very well in Japan but the Xone's performance pretty much equals dead on arrival.