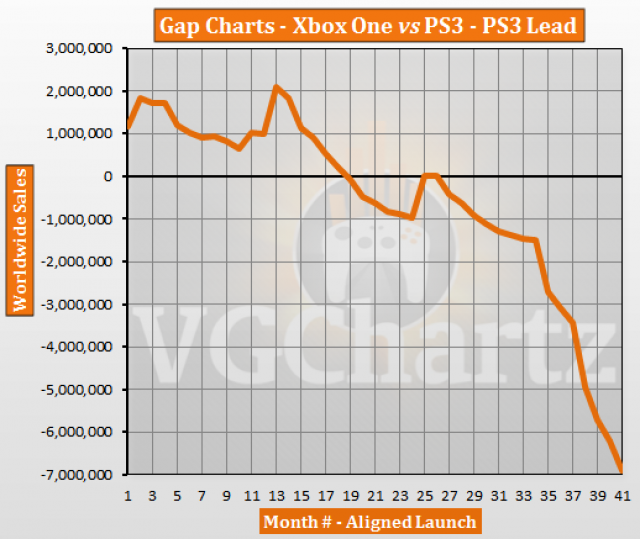 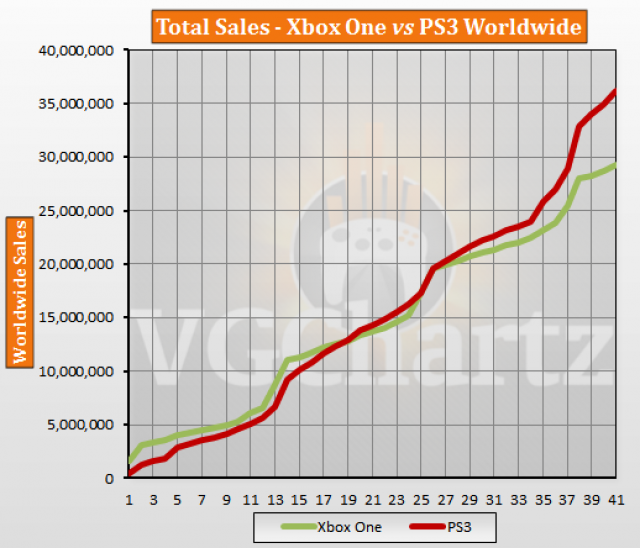 That's literally 2016 for the XBO. Sales took a nose dive in comparison to PS3 where 2009 sales where PS3 started reaching it's consistent peak of around 13m.

Gonna report you for trolling, Trunks ;)

I just can't help but laugh at all the people who called the PS3 a failure at the time.

Isn't XB1 overtracked too? Assuming we are to believe EA's figure

Don't think the Scorpio will put it ahead of the PS3 by the end of the gen as well. It's going to be three gens over after that and MS still unable to top Sony's weakest console perfomance.

Xbox is too much US-centric with a limited amount of exclusives to catch the broader interest elsewhere in the world. If they had a more diverse lineup with exclusives from different genres they would do much better outside of US and UK