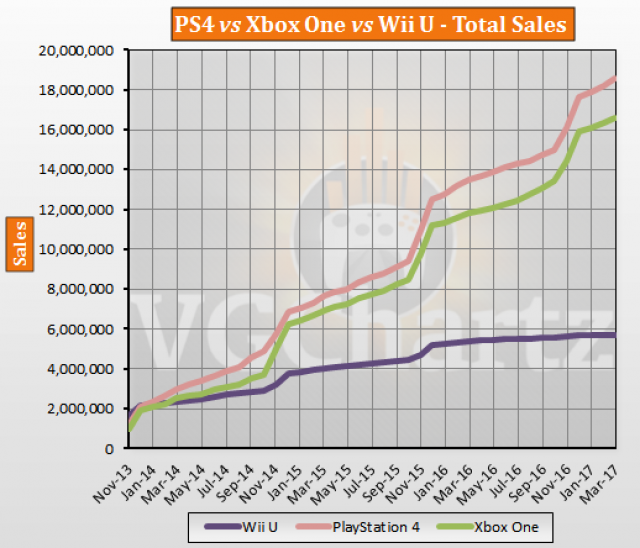 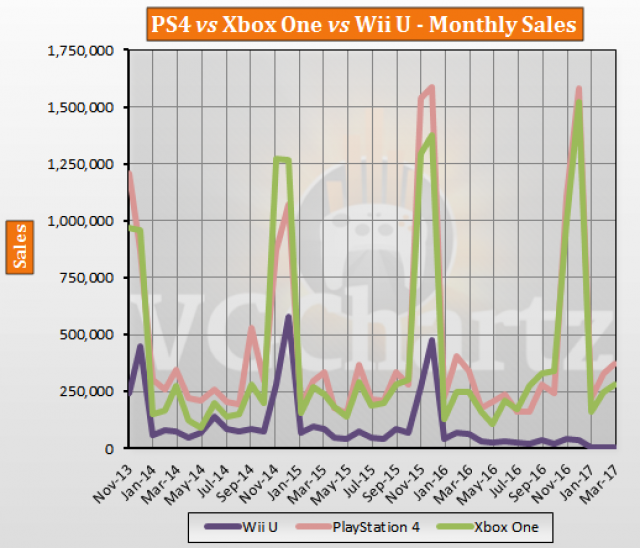 Looking at market share for the month, the PlayStation 4 managed to achieve 57 percent. The Xbox One accounted for 42 percent of the consoles sold, and the Wii U just one percent.

My best friend's ex-wife makes Bucks75/hr on the laptop. She has been unemployed for eight months but last month her income with big fat bonus was over Bucks9000 just working on the laptop for a few hours. Read more on this site.....
www.7jobspots.com

Pls remove the Wii U from the chart. It hurt my eyes so much when I see the number.

XB1 seems to be catching up with PS4 in the US market. This is good! we don't want to see one company dominating the market