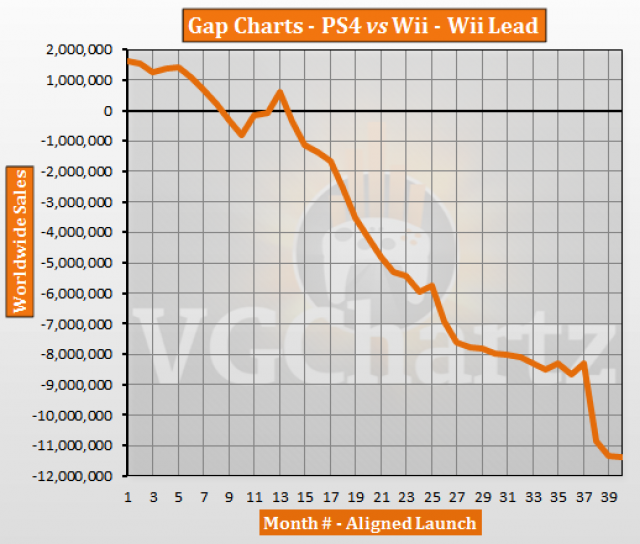 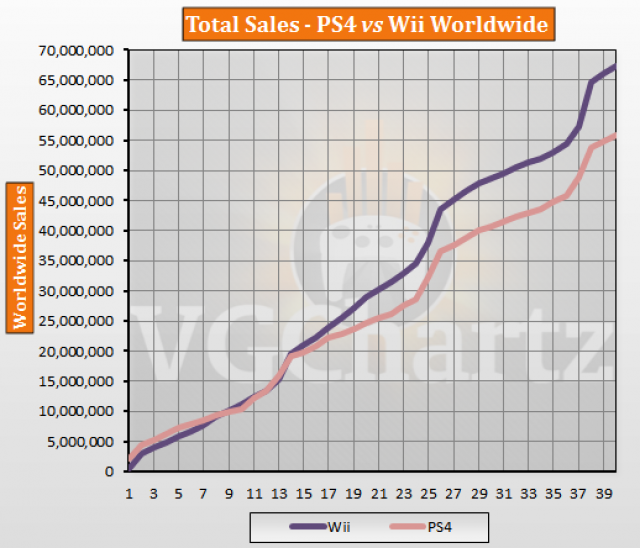 February 2017 is the 40th month that the PlayStation 4 has been available for. During the latest month the gap grew in favor of the Wii when compared with the Wii’s 40th month on sale. The gap increased by 10,852 units in the last month. Over the last 12 months it has increased by 3.58 million units. The Wii currently leads by 11.36 million units.

I believe we are in 2010 for the Wii. This was its last good year. 2011 will have the Wii U announcement and 3DS releasing. If the PS4 wants to do any catching up it will have to do it next year. That is of course the PS5 does not come out of nowhere and cuts its legs.

I think this year PS4 will be roughly flat, somewhere in the 16-18 million range. So the current gap should be about the same.

2018 will likely be the first year of notable decline, maybe 13-14 million and steadily drop from there.

And with the pro, they've made sure to stay relevant enough that they will catch up to the Wii. In the end, Pachter really may have been right that Nintendo ought to have released a proper updated version of the Wii mid-cycle.