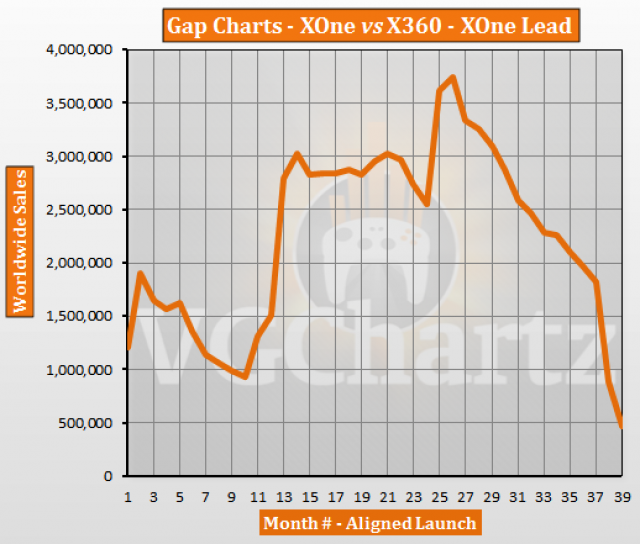 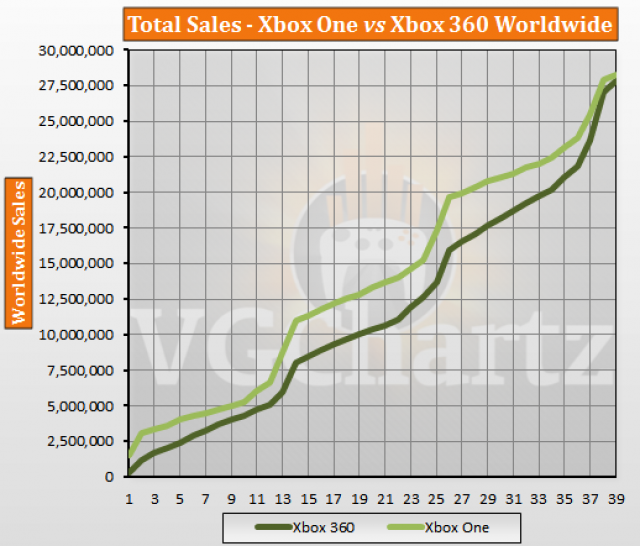 The 360 is picking up steam! Looks like the One will be ahead still for a little while though.

The XBone won't reach 80 million. Probably only 45 million before it is replaced.

Looks like X One's lead will be gone by the end of the year!

Will the Sorpio add to XB1 sales?

A 200 hundred dollar xbox one and scorpio should keep it ahead.

It may not have in 1st place, but it's still a success and doing better than its predecessor.

Give it two months and it will do worse

Yes Sir. You're all knowing knowledge is impressive.

I read this in Donald Trump's voice and... It's surprisingly fitting. ;)

Your all knowing knowledge Mr President