The open world survival horror beat 'em up video game from Sony Interactive Entertainment - Dead Rising 4 - sold 203,035 units first week at retail on the Xbox One, according to our estimates. First week sales can be viewed on the VGChartz Global Weekly Chart for the week ending December 10. 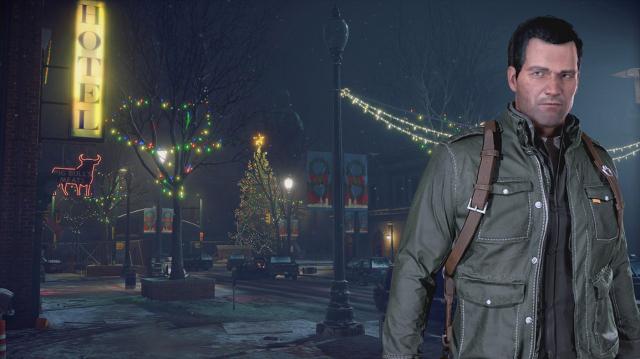 My mothers neighbour is working part time and averaging $9000 a month. I'm a single mum and just got my first paycheck for $6546! I still can't believe it. I tried it out cause I got really desperate and now I couldn't be happier. Heres what I do,

My mothers neighbour is working part time and averaging $9000 a month. I'm a single mum and just got my first paycheck for $6546! I still can't believe it. I tried it out cause I got really desperate and now I couldn't be happier. Heres what I do,

I understand that other games under perform. But this game screams XBox. What is going on? If the XBox fan base is not buying software, how does Microsoft expect to make the Scorpio a necessity?

The Xbox crowd only seem to like Gears, Halo, Battlefield and COD these days.

Well if you look at all the million seller you'll see more than shooters. Shooters are basically the most popular games on PS4 and X1, same for PS3 and 360.

I had no idea DR4 was made by Sony Interactive Entertainment. All this time I thought it was a Capcom game. Makes it even stranger that it's Xbox exclusive.

It is a Capcom game.

I did. Just Google who made DR4

I know Capcom made it, the point was the article says Sony Interactive Entertainment.

this game is such a letdown!!!! youtube Dead Rising 4 and crowbcat and you will be crushed if you are a fan of the first one. it crushed me

this game is garbage!!! I was the biggest fan for the first one and I am so crushed!
https://www.youtube.com/watch?v=UUxJpDtg0Bs&t=216s

Ssld better than DR2 Fw and with digital it should be higher than DR1 but still lower than DR3.

I wanted to buy the game, but they made way too many changes that in my opinion makes this game not a fun Dead Rising game.

Xboxers be busy Facebooking instead of playing videogames.

That seems a bit poor. Of course we know Capcom has commitment issues when it comes to exclusivity, which I say as a good thing! I wish third parties would be more cautious about the prospect.

Theres a lot of risk aversion industry wide these days.

Indeed. Makes me wonder just how much deals like these cost Microsoft and Sony, and how many of them end up paying off.

Ssld better than DR2 Fw and with digital it should be higher than DR1 but still lower than DR3.

Didn't this sell decently in the UK? Why would it do worse in the US or WW? We'll see with the NPD numbers this week.

Well DR4 sold better than TLG in the UK, but the opposite was true in the US according to vgchartz, which I don't see as likely.

I think this is great news considering how Scamcom is selling the games ending for DLC.

You won't see a Dead Rising 5.

At Retail.... I bought my copy digital... I think more and more xbox owner buy digital.