The turn-based strategy game from Firaxis Games and 2K Games - Civilization VI - sold 87,903 units first week at retail on PC, according to our estimates. First week sales can be viewed on the VGChartz Global Weekly Chart for the week ending October 22. 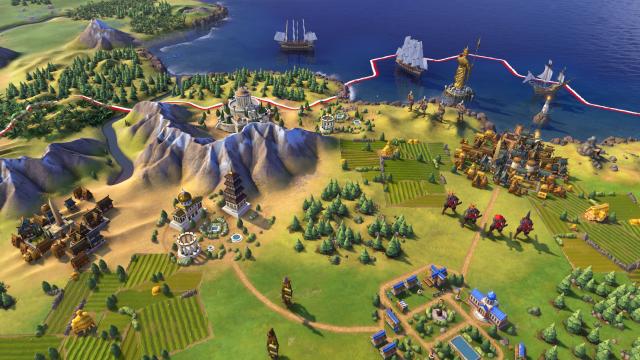 I was going to say that seems really low, but is is a PC only game so all the sales are probably digital. I'm surprised it even had a retail release.

Here have this disk.. it has a copy of steam on it.

Nowadays 2K's retail release just consist of a piece of paper with a steam code on it...

There are 1.16 million owners on steam according to SteamSpy! Retail PC is meaningless.

On consoles? Surely you mean PC?

Please Vgchartz, ask 2K to port this to PS4. I promisse to buy it. I even bought Grand Ages and Tropico from Kalypso, PLEASEEEEEEEEEEEEEEEEEE

That's probably not bad, considering it probably sold much, much more digitally.

have to imagine like 75% of Civ's sales would be online

Probably much more than that, since it's had some ridiculously good discounts... I've almost been screaming for them to take my money several times in the last few years despite having owned the game for a long time already.

Probably 2-3 million, Civ is the best game in this genre: easy to play, fun, challenging in the hard modes, it is so cool.