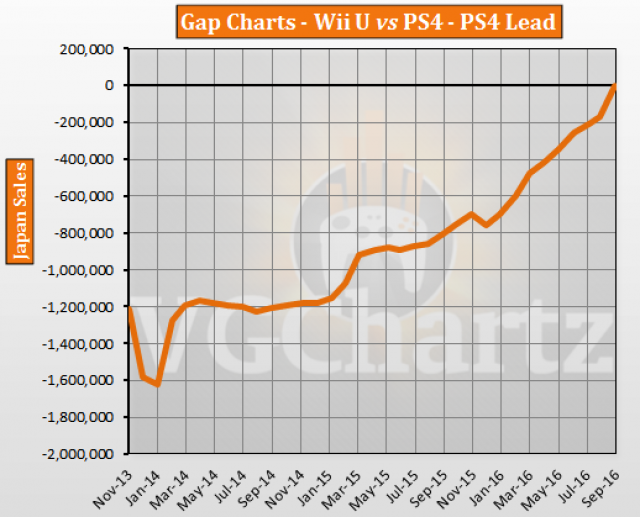 PS4 finally got the domination worldwide. The WiiU put a really good fight in Japan, but it was doomed to failed against the PS4. Let's hope the Switch has a better run.

Worldwide domination for PS4, the Wii U did put up some fight but at last the PS4 took over. YO be taken over again by the Switch within a few years