When I first saw Japanese indie developer Oneoreight Studios’ Earth’s Dawn in action, it immediately reminded me of a 2D Devil May Cry. I watched a gameplay trailer where a player launched an enemy into the air with his sword and jumped up to execute a combo with a mix of slashes with his sword and shots with his gun. The action was fast paced, exciting, and left me wondering what it would be like to play. Thanks to Rising Star Games, Earth's Dawn has made it to the West and so I need wonder no longer. Unfortunately, while Earth’s Dawn presents the player with strong individual elements and systems, the overall package becomes repetitive by the end. 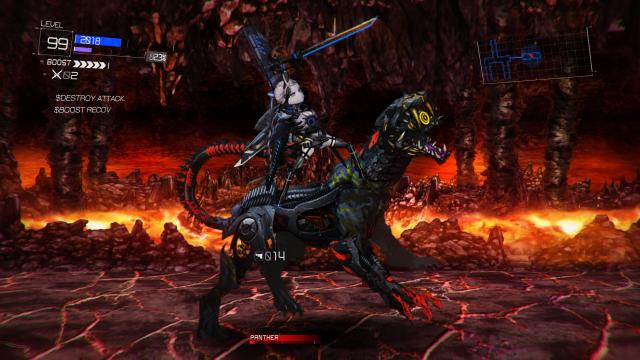 Visually, Earth’s Dawn features a hand drawn anime style reminiscent of Vanillaware’s offerings. However instead of using bright, vivid colours, Oneoreight Studios opted to take a more gritty approach with their world, echoing the Gears of War series. I really appreciate the character and enemy details as well as how the levels bring to life a bleak and desperate world overrun by aliens. It's a shame, however, that as I progressed through the game I felt the visuals became too drab and repetitive.

The dreary visuals in Earth’s Dawn are consistent with the oppressive, but ultimately unoriginal story. You are part of an elite alien fighting force known as A.N.T.I. and are tasked with leading a counterattack against the E.B.E., the alien force that has invaded Earth and nearly destroyed humanity. Fortunately, you and your crew are augmented with E.B.E enhancements, which makes you mankind’s last hope for survival. There’s not much more in terms of story and the cut scenes that play through the game only give you information on what the next mission is. Although we have seen similar stories in other games, the alien augmentation idea at least connects well to the gameplay.

Thanks to the alien E.B.E. upgrades, the A.N.T.I. soldiers are capable of impressive abilities that translate well into the game. Battles are often intense, satisfying, and give you a wonderful sense of power. You will be pressing the main attack button repeatedly, but chaining attacks together to pull off impressive combos is both fun and rewarding. Players are also given several different weapons and a deep skill tree to play with. These RPG elements allow for copious amounts of experimentation and give players a wide range of options in how they play. With all of these gameplay systems and options, it is unfortunate that the actual gameplay is quite repetitive. 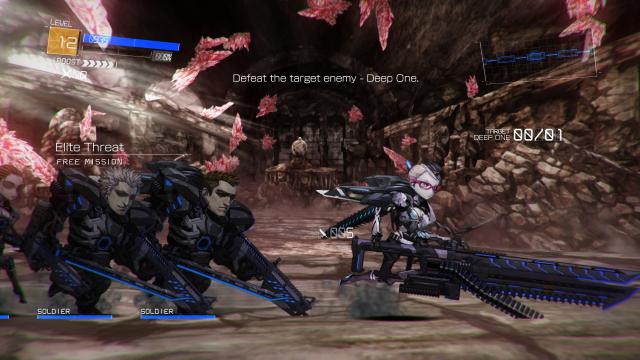 In Earth’s Dawn, players basically choose from a variety of missions to complete which enable a countdown time to pass more quickly. Once the countdown is under an hour, the next mission will be a “Counter Offensive”, which progresses the overall story. Most missions will have you killing a certain enemy x number of times or collecting x number of resources that some enemies drop. There are missions that have you racing through a level or killing all enemies as quickly as you can, which somewhat breaks up the monotony, but for the most part you will be going through the same levels and simply killing E.B.E aliens. Although this is initially enjoyable thanks to the terrific combat, it becomes too redundant by the end.

As you kill E.B.Es you will gain resources and earn money to upgrade your weapons and armour. There are certainly an impressive amount of items to create, and these can be further upgraded with more resources. Enhanced enemies and bosses will also sometimes drop a special resource when killed, allowing you to augment your weapons and armour with elemental upgrades. 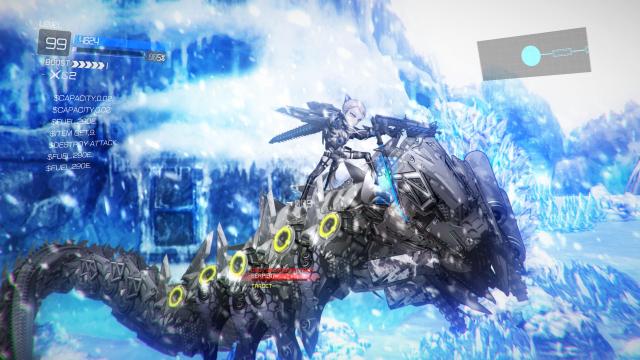 The regular enemies in Earth’s Dawn are unique and get progressively stronger with more abilities as you progress. I do wish there were more enemy types though, as they become increasingly predictable as the game advances. Bosses, on the other hand, are consistently impressive. From giant mountainous alien monsters to gargantuan mechanical snakes, Earth’s Dawn’s bosses provide a hefty challenge. You will need to strategize, dodge, and expose openings to overcome the E.B.E.’s most fearsome forces, making boss encounters both memorable and rewarding.

Oneoreight Studios’ Earth’s Dawn is really good in some ways, but ultimately just becomes too repetitive. Individual areas of strength, like the combat, RPG systems, and boss battles, are hampered by a redundant mission system, limited levels, and a cliched story. Although Oneoreight Studios has put together a competent game with promising ideas, the potential is never fully realized.

This review is based on a digital copy of Earth's Dawn for the PS4, provided by the publisher.

But i bet call of duty and battlefield 1 are not "repetitive" with a unoriginal story and redundant and cashed cow levels.

Western game reviewers are a joke. This game is awesome! 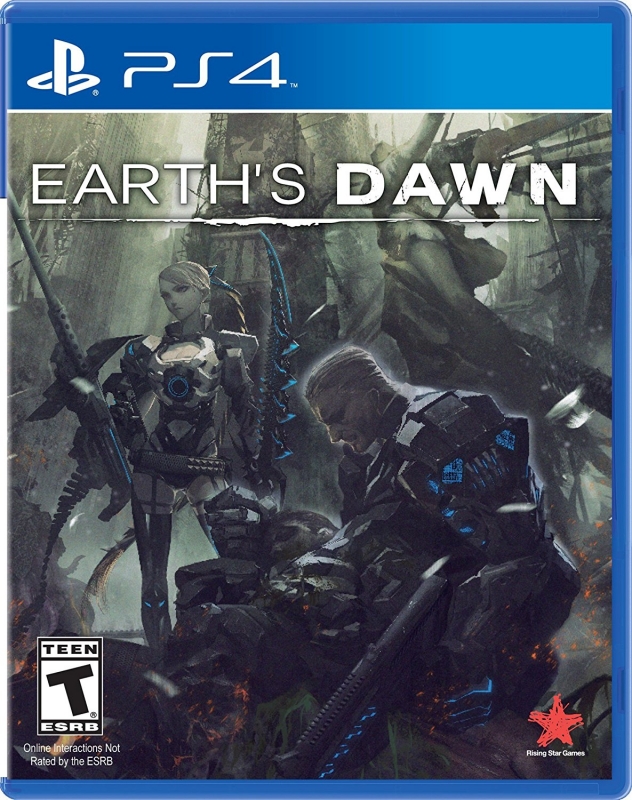