Things were busy at the Square Enix booth at New York Comic Con this year. People buzzed around, hoping to play games like Dragon Quest Builders, Deus Ex, and Hitman. Most folks had joined a queue to play Kingdom Hearts HD 2.8. I, on the other hand, headed straight for the Rise of the Tomb Raider: 20 Year Celebration kiosk. Square Enix was offering a demo of Rise's brand new co-op "Endurance" mode. So my buddy Rob and I each picked up a PS4 controller, donned a headset, and disappeared into the game's savage, snowy wilderness. 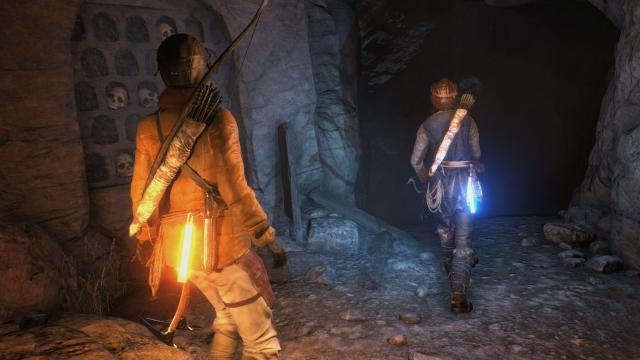 Endurance mode is nothing new to Rise of the Tomb Raider. It was released as DLC shortly after the original game launched on Xbox platforms last November. When Endurance mode arrived it was immediately the best part of Rise. Where the game's base campaign was a jack-of-all-trades, master-of-none, Endurance was focused like a laser on a single objective: survive. Part Dark Souls, part Don't Starve, Endurance mode removes Lara Croft from her cinematic world of avalanche-surfing and places her in a true sandbox where death is permanent.

It's the best way to play the game, and, now, with the introduction of a co-op partner, it's practically perfect. Working together online, players must scavenge and craft to survive the elements, enemy patrols, and deadly predators. Throughout, the duo must watch two meters: health and warmth. Unlike the game's main campaign, health does not regenerate. It's replenished only by eating food, which must be hunted. 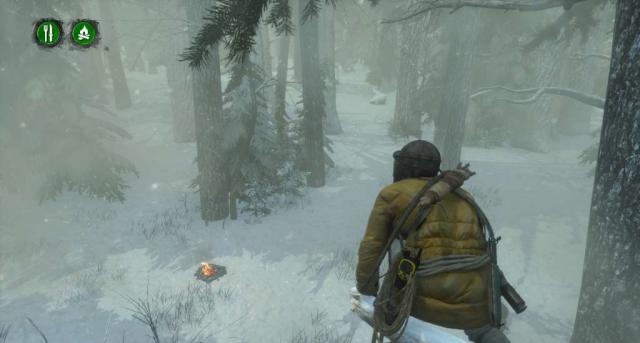 Cold is even more dangerous. As day turns to night, the temperature drops precipitously. Unless Lara and her companion can find the resources to build a fire at a campfire location, which doubles as the place to craft new items and spend experience points, they will freeze. Campfires are few and far between, however, and so players must manage carefully the risks and rewards of either spending the night in relative safety or pushing on for more resources and treasure.

In my run through the game at Comic Con, I was doing pretty well. I had managed to dispatch two bad guys and had taken from them a pistol and rifle. In the chaos, though, I lost sight of my partner. There's no map or fast travel in Endurance mode, you see, and so memory and intuition are essential. Freezing and hungry, I made my way through the snow to where I thought Rob was camping. Just then I was cut off by a bear and a white leopard. On the brink of death I managed to fire my rifle's last bullet into the leopard and slay it. 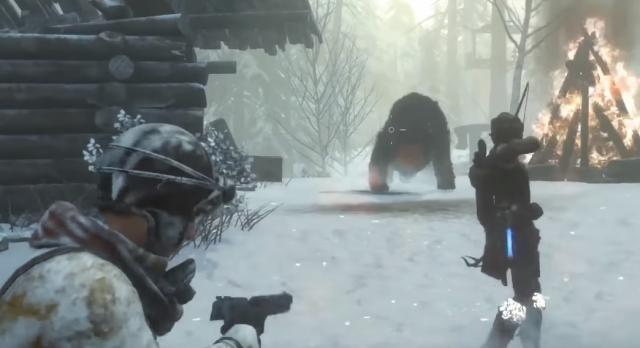 I tried to limp away, but the bear caught and killed me — just as I saw Rob rushing toward the fight. It was a strong and long run (I could tell by the Con attendees waiting impatiently behind us) and it felt like we had accomplished something despite my untimely death. There aren't many tangible rewards in Endurance mode, apart from online leaderboards, but our sense of satisfaction was supreme.

Co-op Endurance mode will arrive bundled with all copies of Rise of the Tomb Raider: 20 Year Celebration on October 11th. Support for co-op in Endurance will also be added to the original Xbox One version.