Things Are Pretty Strange in We Happy Few - Preview

Full disclosure: Dan backed We Happy Few during its Kickstarter campaign to the value of $25 CAD.

We Happy Few is a frankly strange experience. Not only does the graphical style evoke a strong feeling of déjà vu from the BioShock games, but the fantastic, linear, story-driven opening brings the game's weird and wonderful world to life. And then you step outside, and all of that gloss, all of that presentational excellence turns out to merely be a facade; We Happy Few is not all it appears to be. 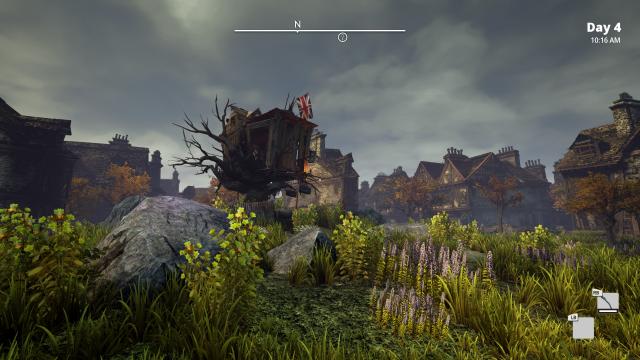 Not because the graphics suddenly falter. Far from it in fact - We Happy Few looks splendid almost every step of the way. Character models brim with whacky life, and whilst animations can sometimes appear inconsistent, the people within the decaying and tepid world look and feel consistent with their environments. Talking of environments, they also look great - there's a real sense that the game takes place in a torn, caricature of Britain that's on the edge of collapse.

No, the major problem We Happy Few currently has is its own lack of consistency beyond the first few minutes of play. 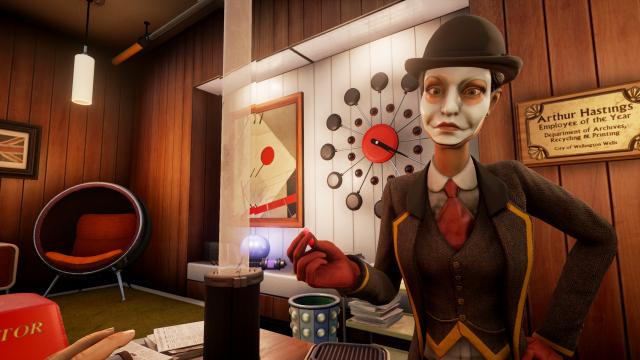 The first fifteen minutes are masterfully choreographed, to the point that it really felt similar to playing BioShock for the first time all over again. Character interactions and the indoor areas you explore are so chock-full of detail that I wanted to explore every nook and cranny, just to take in everything the game world had to offer.

Then you make your way out into the larger world - a world that's devoid of detail and character. The houses, which are all perfectly pretty, are procedurally generated, so they lack backstory and fail to justify their existence. You’ll come across destroyed houses, or houses occupied by gang members, for example, but no coherent reason is ever given for this state of affairs. Why are so many of the houses destroyed? Why do half of the town's inhabitants want to hurt you, while the rest are happy to merely walk up to you and get in your way? This title, as it exists in Early Access form, will have you scratching your head for answers that never come. 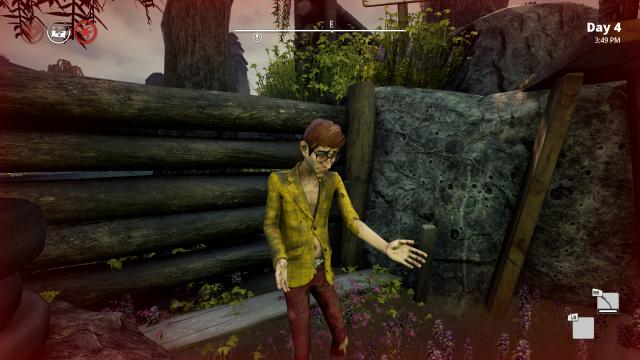 In fairness to the developers, and as I've touched upon above, this is an Early Access game. You're warned from the outset that large chunks of story have been removed or omitted from the Early Access version of the game, but even basic questions concerning the overall world's coherence could (and arguably should) have been answered, for example through the random side quests that pop up all over the place. This is a criticism that's been widely shared, so here’s hoping that the final game manages to address it.

There aren't many tutorials either; you're thrown into a world that doesn't care you're there and left to get on with it. This isn’t necessarily bad or unintentional - through a process of trial and error you're bound to pick up on the game's core systems, and meters are everywhere, with your thirst, hunger, sickness, health, tiredness and more all being clearly displayed and needing to be carefully managed to ensure your survival. We Happy Few is a survival game, so fans of the likes of Rust, ARK, Hurtworld, DayZ, and so on will feel right at home, but relative newcomers may feel a little lost, at least at first. 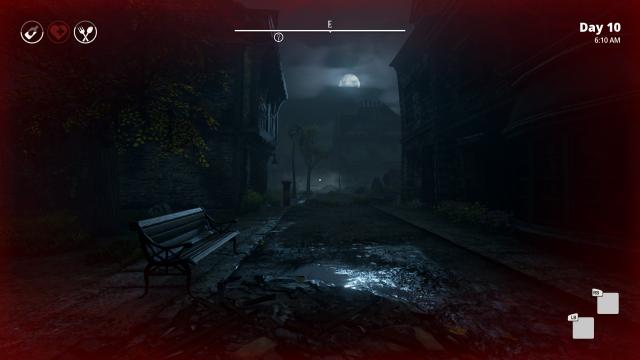 Combat in We Happy Few is a simplistic system of hit, block, repeat. The AI just runs up to you and constantly attempts to attack, without variation. A little bit of variety would have spiced things up - just one member of a group taking you on with projectiles while the others fight up close and personal at the very least, for example - but no, instead the combat is lacklustre from start to finish and it quickly becomes a chore having to fight through groups of people.

Quests are similarly problem-filled. Random objectives and chunks of flavour text make the quests feel both generic and disjointed. While great RPGs often use side quests as a means of furnishing the player with more information about the world or some of its characters (in the process making it feel more tangible and rounded), in We Happy Few they're blatant filler, which makes them wholly unrewarding. 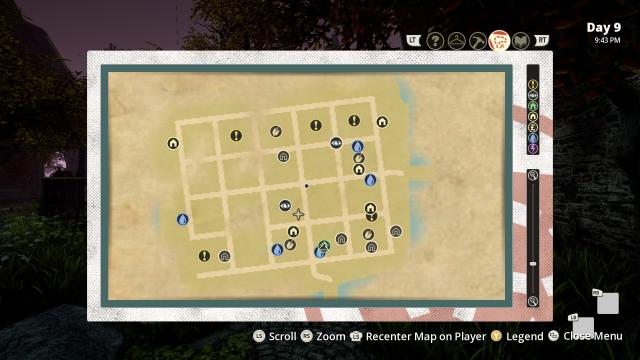 One positive that comes from the general disinterest of the world and its inhabitants to your presence is the amount of freedom you're given. In a way this makes it extremely enticing, and evoked strong feelings of my time in The Elder Scrolls V: Oblivion, where I’d explore caves and oblivion portals for days. I only hope this feeling doesn’t change when We Happy Few is released in full.

The tropes of a survival game are all present as well, including a crafting system within the inventory screen which is more than sufficient to keep you stocked up on bandages and other essentials for your journey through Wellington Wells. One thing I'm not a huge fan of is how it's unclear what items do and how they can be used. The inventory screen is just awash with little icons representing a mishmash of weapons, materials, and food, many of which look rather similar.

Overall there are definitely plenty of issues that need ironing out, including most fundamentally a distinct lack of consistency in this early build of We Happy Few, but beneath all of those troubles are hints of a great game. If Compulsion can tighten up the RPG mechanics, scale back the procedural generation, and add in more reasons to explore before the game's full release, then the developer may have a genuine hit on its hands. As it currently stands, though, We Happy Few is a weird assortment of genres and systems that doesn't quite work.

A graduate in Computing which was centered around Gaming, Dan is a games developer and writer. His first game, Twixel, was released for iOS, Android, PC and Mac in 2015, with a Steam release in the pipeline. A lover of all things games, Dan has been writing for VGChartz.com for over 2 years, attending conferences and interviewing developers to get the best content for VGChartz readers. His favourite games include Asura's Wrath, S.T.A.L.K.E.R and the Halo Series. Dan can be followed on Twitter at: @Caesoose

Jim Sterling had the best critique of this game. Another "survival" game, where you spend the bulk of your time babysitting the protagonist. Fuck the story and the game play, let's worry about our hunger and thirst meters all the damn time.

I had high hopes for this, but it is looking worse and worse the more I see.

But maybe the gameplay and story are also good despite it having survival mechanics?

No thanks. I just don't like to game on PC. Don't want to have to update it every few years. Once i buy a PC, i keep it until it dies, which is usually 13-14 years, for what i use it for.

This should've been a story focused game, rather than this bizarre randomly generated survival game.

I thought the early build has way more promise then u stated and I didn't think it had as many issues as u had either. Overall a good start for the game and if it progress's as this rate , this could be the bioshock 2 we always wanted to have. Instead of the decent at best sequel we got

Yeah, but there are those of us that don't play games on PC.

Then build/buy one. PC as far as things go is getting the most out of indie games and AAA's besides the obvious first party from two of the 3 systems. It's well worth the investment.

I can't wait for this game to be out on Playstation 4 :D

Is it reported to be coming to PS4?. Info I'm finding only points to Windows, Linux, X1 and Mac OS.

Good thing for having a PC then, you're right in the middle of it.

Add your reply...Yeah, but there are those of us that don't play games on PC.

You can still make/buy one. It;s not rocket science to grab or build one these days. To play a game like WHF doesn't require much horsepower either.