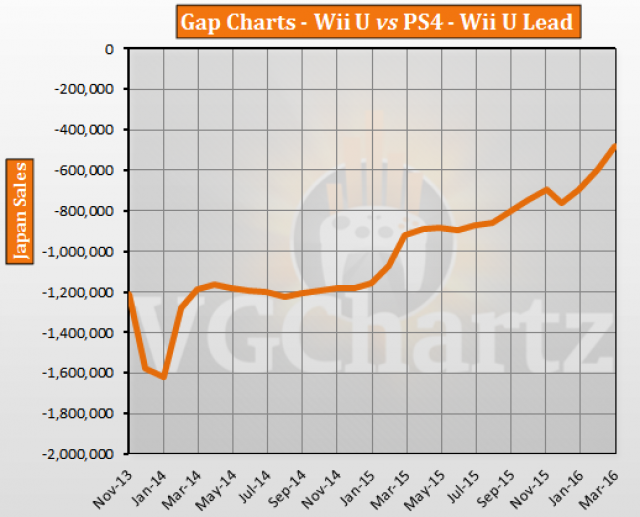 Maybe when FFXV and Persona 5 are release this year the PS4 will be able to overtake the Wii U in Japan.

At the current pace the PS4 will pass the Wii U in July or August.

The PS4 is going to eat up that lead this year.

The question is, can the PS4 outsell the PS3? The PS3 ended up selling over 10 million units. The Vita and the 3DS have been dominating in Japan this gen though.