I recently managed to briefly go hands-on with Esper 2, a virtual reality puzzler from Coatsink, although having not played the first Esper I didn’t really know what to expect at first.

In Esper 2 you’re put in the boots of an Esper agent - a spy with psychic abilities such as telekinesis. At first you perform various simple tasks at the request of an ominous GLaDOS-esque voice, although completing even simplistic actions like throwing a ball and attempting to hit targets in virtual reality is an enjoyable experience. 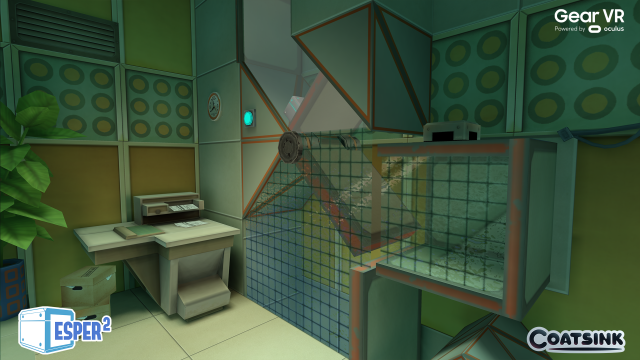 Even during my very limited time with the game I was able to experience some of the game's humour. I was told to lift a ball directly above my head - which meant I had to look up - and then drop it on my face, which poses a uniquely amusing challenge as a result of virtual reality's impressive sense of immersion.

The demo restricts you to a single white room which includes various objects and some neon lighting, but I was told that the full game will have players exploring a wide variety of different surroundings, including underwater bases and ancient temples.

Despite only being given a brief glimpse of Esper 2 it's definitely a VR title that I now have my eye on thanks to its playful sense of humour and novel puzzles.

Esper 2 is set to be a launch title for the Samsung Gear VR and is also coming to Oculus Rift.