Once again it's Halloween. Time to dust off those old horror games and scare ourselves silly all over again. But this year, instead of reaching for reliably chilling games like Silent Hill, Resident Evil, and Dead Space, why not dig a little deeper? Play a game that might not fall specifically into the horror genre, but that will likely give you goosebumps nonetheless.

To that end, let's check out five unlikely games guaranteed to send shivers down your spine. 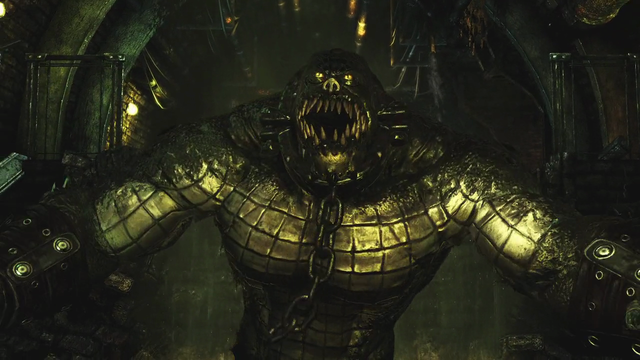 Huh, you ask? Arkham Asylum is a bad-ass brawler. What's it doing here? Well, there are two reasons Arkham Asylum earned a spot on this list: Scarecrow and Killer Croc. Several times, the villain Scarecrow infects Batman with his fear toxin, sending the Dark Knight into a terrifying tailspin where reality and fantasy merge to create some truly frightening imagery. Next, there's the boss battle with Killer Croc, which is the most suspenseful and nerve-wracking in the series. Any sudden movements and a man-eating behemoth will crash through the water at you. 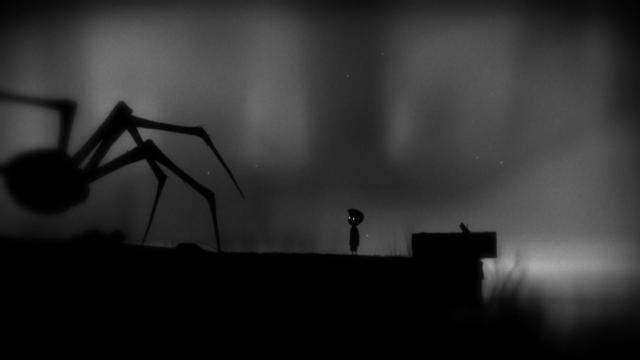 Advertised as a puzzle platformer, Limbo can go toe to toe with almost any horror game on the market. With its washed-out gray palette, ominous music, and cryptic storyline, Limbo has scary atmosphere to spare. Plus it has plenty of deadly traps, mind-controlling parasites, lots of dead bodies, and, most terrifying of all, a giant, unstoppable spider that stalks you. 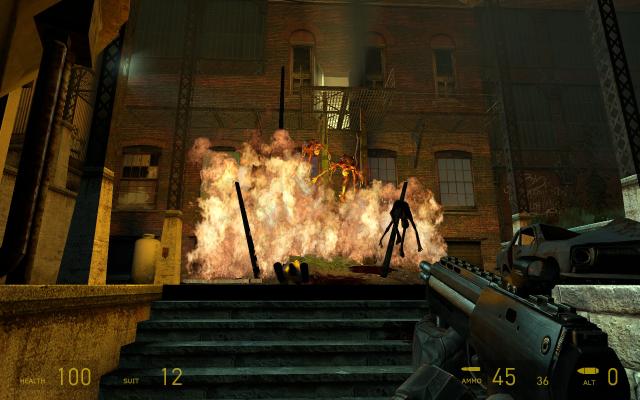 "That's the old passage to Ravenholm. We don't go there anymore." With those immortal words, Alyx Vance introduces one of the scariest chapters in video game history. In Half-Life 2, Gordon Freeman must traverse Ravenholm, a dark, desolate mining town overrun by zombies. In true survival-horror fashion, the developers at Valve placed very little ammo in Raveholm, forcing Gordon to rely on springing traps and using his gravity gun (to launch blades and assorted junk) to make it out alive. 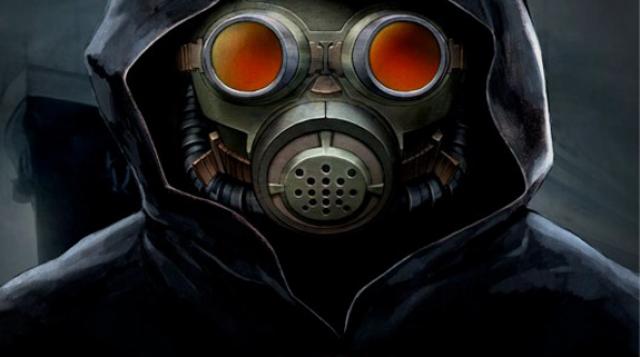 Pop quiz! What's the most unnerving and disturbing game on Nintendo DS? No, not Imagine: Babyz. It's 999: Nine Hours, Nine Persons, Nine Doors, which is something of a mix between a visual novel and Saw. Set on a creepy cruise ship, 999 follows nine abducted people with explosives planted in their bodies. A mysterious stranger challenges them to leave the ship alive. It's gruesome, it's shocking, and it features several "bad" endings where things go terribly wrong.

1) The Legend of Zelda: Majora's Mask 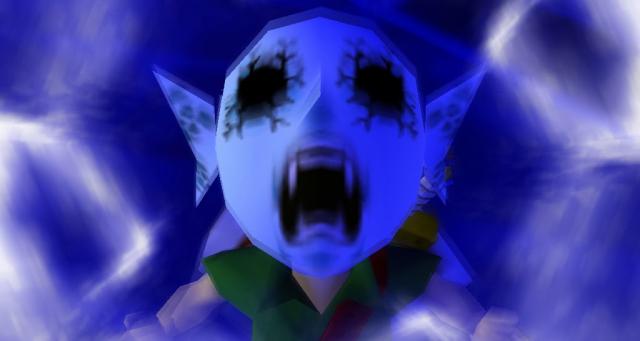 Zelda games have long had a dark streak (ReDead anyone?), but in Majora's Mask that streak bleeds out into the entire game. In Majora's Mask, the world as we know it is coming to an end. But that, believe it or not, isn't the most depressing part. Rather, it's the cast of characters who live and love in this town that's doomed to die, and who suffer from personal, romantic, and familial problems. There are doomed romances, estranged family members and, at the center of it all, one tragically misunderstood kid buried by grief and loneliness. It's the darkest chapter in the Zelda series, and one of the best.

So those are my picks of unexpectedly haunting games. Which games would make your list?

Agreed. Switching between a flashlight and a gun makes some of those sequences super spooky.

These are games that aren't meant to be straight up horror games.

I think another surprisingly good one would be Dark Souls.

That's a good one! Demon's Souls/Dark Souls would fit in nicely. Valley of Defilement is the stuff of nightmares.

None of these are scary lol.

MM is actually a really good pick. Creepy characters, locales and music throughout... and one of the creepiest moments in the game is discovering the "???" hand in the toilet that really needs some TP... and I don't mean Twilight Princess lol.

Alice: Madness Returns!
that's a fun dark one for Halloween, although obviously almost more whimsical (but quite bloody)

The game had it's flaws but the nursery level on ZombiU was about as good as horror gets.

Try Bloodborne...that game is scary as hell. IT's an action game, but it's terrifying in aesthetics and gameplay both.

The only games worthy are Silent Hill and Fatal Frame franchise....and now, P.T. (shame it's only a demo...the greatest demo ever created!)

Ravenholm is one of my favorite chapter ever played Half-Life 2.

I got a sudden urge to play Half-Life 2.