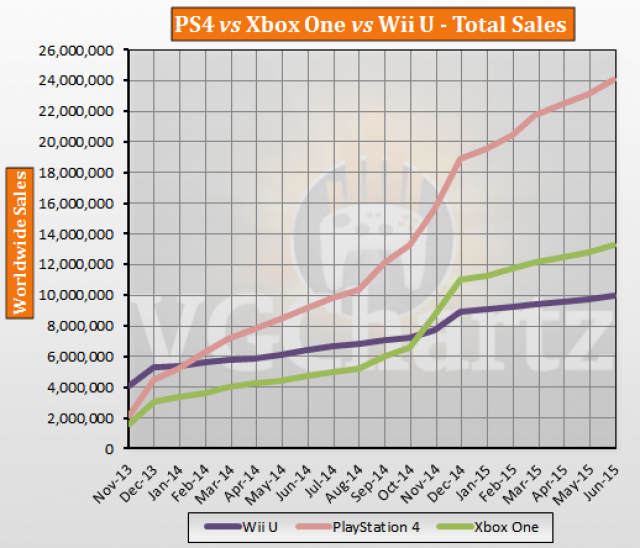 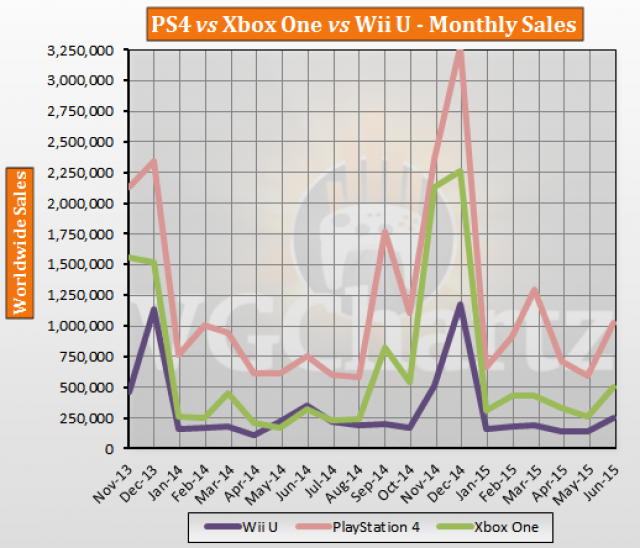 The PlayStation 4 has outsold both the Xbox One and Wii U every month since it launched in November 2013. The Xbox One outsold the Wii U in May for the 12th straight month.

I think we need a chart showing XB1/WiiU vs PS4.

Wow ps4 is the King