Welcome to the latest edition of the ‘PS4 vs Xbox One vs Wii U Worldwide’ article. This series will be comparing monthly and lifetime sales of the 8th generation of home consoles - the PlayStation 4, Xbox One, and Wii U. 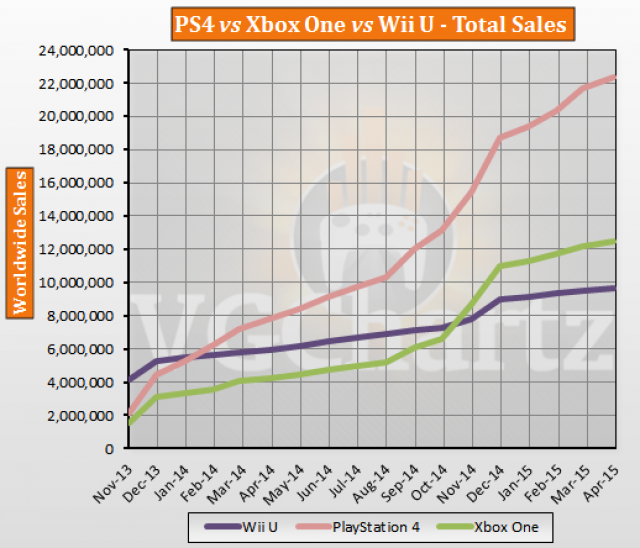 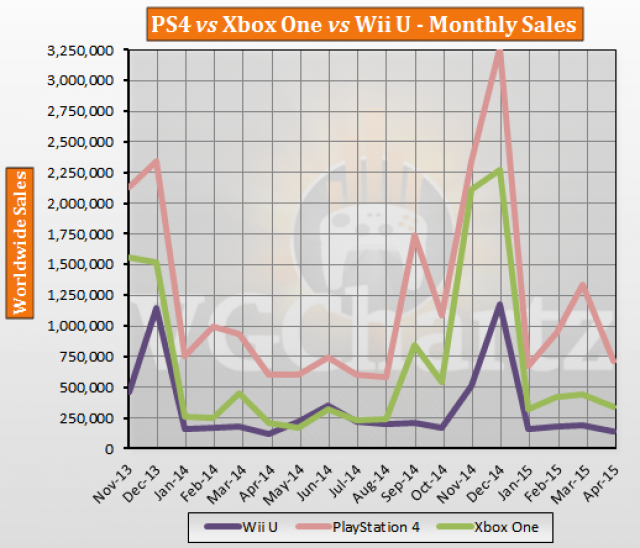 With a monthly gap of 240k over the combine competition, the ps4 should hit 60%^ market share by year end.

Gratulation PS4. Thats amazing! No other current console get as much japanese-games and Jrpgs like the PS4.

Are you going to say that the next time because it's pretty obvious now no other platform is going to get as many JRPG's as PS4.

I'm going to assume it's a desire to rub salt into the wound.

PS4 is desperate for jrpgs never mind other consoles.

Ps2 days are back!

The Wii U is paying the price for having such a baron release schedule in 1st QTR 2015.

All console overtracked... Seriusl VGChartz, those numbers must be adjust!!!