They say that imitation is the sincerest form of flattery, and if that's true then Urban Trial: Freestyle thinks very highly of the Trials series. I'm not one to get too held up on games imitating one another – a genre is a genre – but it does make it hard to review Urban Trial: Freestyle without essentially saying: “It's Trials HD, but slightly different, and on the Vita”.

As told by the narrator in the opening menu, and experienced throughout the course of the game, the city in Urban Trial: Freestyle is an absolute mess and you must escape it on your trusty trials bike before it literally collapses around you. On your way out, you ramp, climb, jump, and flip over obstacles en route to your destination, while collecting cash, amassing points, and sometimes even racing other bikers - well, ghosts of other bikers. The object of the game is to acquire as many points as you can, which in turn give you stars that you use to unlock more areas on your journey beyond the city's walls.

There are five different areas, each with eight stages (for an overall total of 40 stages). While I adored the 40 stages and felt that, for the most part, the level design was impressive, Urban Trial: Freestyle loses some points for re-using levels and simply adding a new stipulation to completion. Most levels can be played in three modes, which for review purposes we'll call Freestyle, Race, and Stunts. Each of these modes per level comprises a new stage, but the collectibles are shared between different variations of each stage; once you've gotten that bag of cash stashed under the train in one level, you've collected it and it won't return for other stages that share that level.

Freestyle mode is a free play mode that allows you to explore the level to find cash, practice stunts, and look for alternate routes while under a five minute time limit. Race mode pits you against the ghosts of other racers (or yourself if you're offline), and the object is to get to the end as quickly as you can, preferably without crashing or wiping out and returning to the last checkpoint. The last mode is Stunt mode, which consists of a series of stunts to complete and records for you to break such as longest jump, most flips, most accurate shot, or highest jump. Each and every stunt in each level has its own leaderboard for you to follow and compete against.

There's plenty to do throughout, and the addition of hidden paths and cash bags make for a nice touch and give the game an oddly classic platformer feel. The money can be used to buy various upgrades and modifications for your biker and his bike. You can also upgrade your base bike to increase speed and acceleration (at the cost of handling), or you can upgrade your tires or frame to increase handling at the cost or lower acceleration or top speed. You can also buy helmets, gloves, shirts, pants, and boots to customize your racer, and even use the Vita's camera to take a picture of your face to show people who it is that's dominating the leaderboard.

In addition to the 40 stages in the main mode, there are two training levels right off the bat and five bonus stages that are unlocked for beating every level in each of the five respective areas, each with a unique and fun gameplay mechanic. One stage has you land on an explosive to see how far you can fling your lifeless rag-doll body, one gives you limited gas to see how far you can travel, and another gives you an awesome area to play around with that has dozens of tire icons to collect for points. It's a nice little addition to keep you busy in-between story levels.

The controls are pretty simple, but do suffer from some minor issues. Left and right are for balance, X is the gas button, and square is used to brake and reverse, but you have to come to a complete stop before square allows you to go backwards, making it rather cumbersome and unwieldy in a situation where you have a car that's on fire and falling down an inclined plane at you. There's also a problem where the gas pedal has no setting between off and high; luckily, the game seems mostly designed around this issue so there are few instances where it's a problem.

The physics are also quite good, but the combination of said physics and the level design puts you in some situations that seem impossible to traverse properly due to the complicated level design. You could do something a dozen times in a row, pressing the same sequence of buttons in the same time constraints, but get 12 different results, only one of which is successful. At one point I had to climb up a ramp and perform a back-flip onto a platform that would launch me high into the atmosphere, but the ramp and platform were so close together that you had to already be balanced three quarters of the way back before leaving the ramp or you'd just ram face-first into the platform while upside down. Needless to say, some ramps and requirements require too much precision to be fun and shift well into frustrating territory.

Graphically, Urban Trial: Freestyle is crisp and clear but suffers from occasional frame-rate issues, and the soundtrack is adequate but unexceptional. I wish I had some clever quip or idiom to share, but there's really nothing in that respect to make particular note of.

Overall this is a fun package and it is worth your time and money, but it has its frustrations and there's no denying where its inspiration quite clearly came from. All in all, I got about four hours of enjoyment out of Urban Trial: Freestyle, and if you enjoy trials bike-styled platforming/racing games then it's hard to go wrong.

This review is based on a digital copy of Urban Trial: Freestyle, provided by the publisher 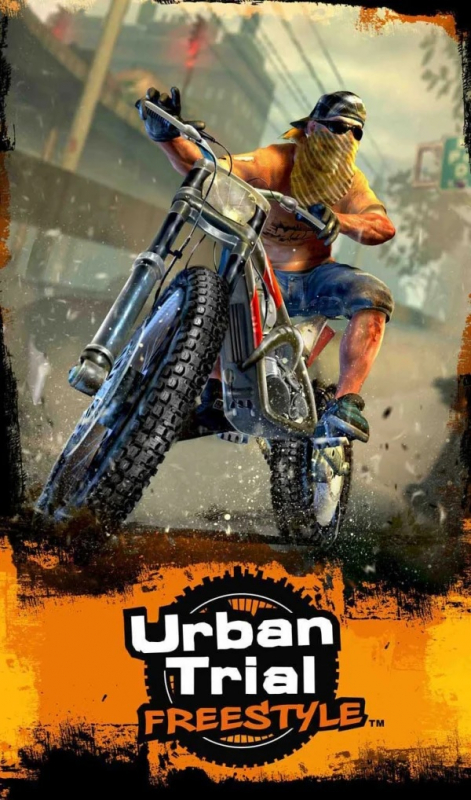