Dark Souls Gets Even Tougher in Dark Souls II - Preview

If you were worried about Dark Souls II being too easy compared to its predecessors, you can lay your worries to rest. If the demo is representative of early parts of the game, it is considerably harder. To put this into context, you could win a free t-shirt if you defeated the final boss. One of the developers informed me that 18 of the roughly 400 people who had tried the demo had managed to do that. I was not one of them. 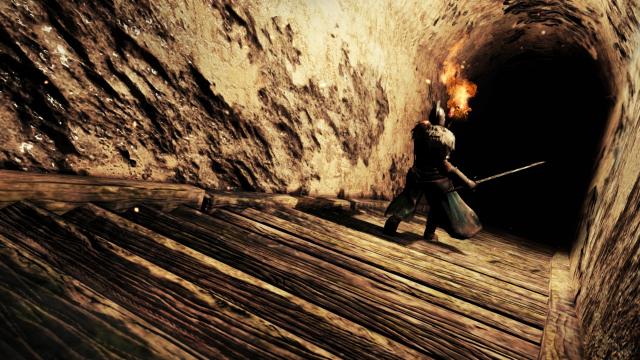 In the demo, you could choose from four classes: the Warrior (who uses a sword and shield), the Sorcerer (who uses the same spell system as he did in Dark Souls; unfortunately I floundered with him, gave up and switched to the warrior), the Temple Knight (who uses miracles and melee combat) and a new class called the Dual Swordsman who, as his name might suggest, dual-wields swords but cannot block.

Enemies take a lot of punishment, and all attack at once. You will need a great deal of proficiency with blocking and dodging to survive, and you won’t survive every time. The death system seems to have changed a bit, though this could just have been for the purposes of the demo: dying knocks you back to the last checkpoint, but hollow form doesn’t seem to exist anymore, and you can’t reclaim lost souls (not that there’s anything to buy within the demo). One new mechanic involved carrying a lit torch so that I could see in a pitch-black alleyway, and having to sprint back and re-equip a shield when an enormous enemy attacked. 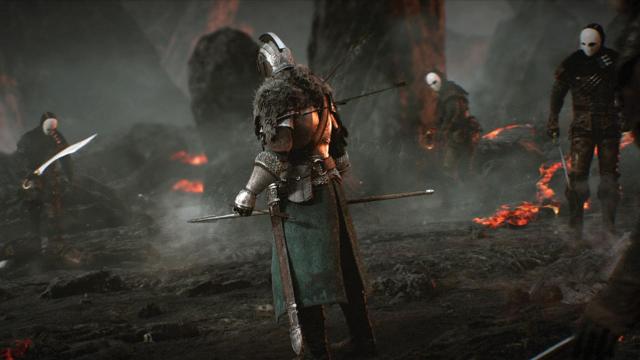 The final boss was called Mirror Knight. Defeating him involved dodging/blocking his melee attacks and dodging his ranged lightning attack, and dealing enormous amounts of damage. I’m not sure what was particularly mirror-like about him, but it may well have made him easier to defeat if I'd known, so it looks like some research may well be required before fighting bosses in the full game.

Rest assured, however, that this game follows the “challenging but fair” mantra every bit as much as its predecessors, so fans of the series have a lot to look forward to when it launches on PlayStation 3, Xbox 360 and PC on 11th March 2014 in North America and 14th March 2014 in Europe.