The Alliance Alive for Nintendo 3DS
× A terrific, substantial turn-based RPG in the style of the SaGa series.

The 3DS doesn't know when to quit, and that's a good thing. Seven years after launch, Nintendo's portable system is still getting great games, including The Alliance Alive, an excellent RPG that combines elements from Final Fantasy, Suikoden, and most of all SaGa. Boasting a flexible and accessible battle system, a deep and expansive overworld, impressive musical direction, and loads of side content, it's no stretch to call it one of the best titles of the still-young 2018, and a must-play for turn-based RPG fans.

A spiritual successor to 2015's The Legend of Legacy, The Alliance Alive boasts many of the same elements as its forebear. Yet it also introduces new mechanics and features, not least of which is a greater focus on story. The game takes place 1,000 years after Daemons attacked the human race and divided the world into four administrative zones, separated by an impassable cross-shaped barrier called the Dark Current. In the present day, two young heroes, Galil and Azura, support the human resistance in Svalna, the capitol of a land drenched in perpetual rain. When the twosome discover an ancient human artifact, they are suddenly thrown into a quest that will bring together humans, Daemons, and beastfolk into an unlikely alliance. 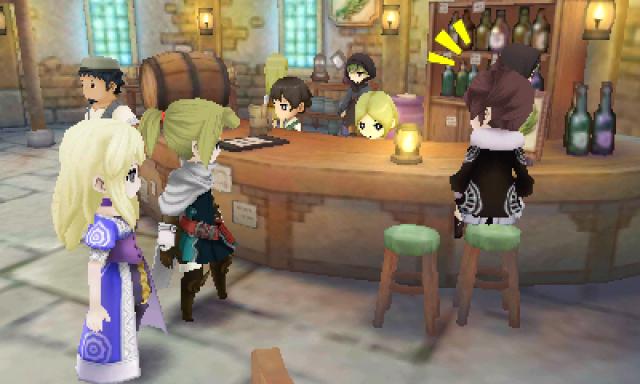 After hearing fan complaints about the story — or lack thereof — in The Legend of Legacy, the producers of The Alliance Alive pivoted to include more interesting characters and scenarios in its spiritual sequel. They brought in Yoshitaka Murayama, creator of Suikoden, to help fashion the narrative. The end result is a winsome little story with a colorful assortment of sympathetic heroes. It's not an all-time great narrative — don't boot up the game expecting something on par with the genre's best — but it's an effective, inspiring treatment on how life continues to grow and adapt under authoritarian rule.

The game's roster of characters is likewise inspiring. Coming from different regions, races, and sides of this grand terrestrial conflict, the ragtag group of nine (more if you're clever enough to find them) represents many different personalities: the brash hero; the loyal soldier; the curious noblewoman; the practical collaborator; the self-described genius professor; and so on. Throughout their journey together, they butt heads, share secrets, and grow as individuals. They coalesce into a family. By the time the credits roll, some 30-40 hours into the game, it will be hard to leave that family behind.

While the story, setting, and characters in The Alliance Alive are engaging and dramatic, they are outpaced by the game's substantial role-playing systems and mechanics. This is an incredibly thoughtful RPG, where turn-based commands, party management and formation, arts, and guild recruitment and support function as gears in an elaborate — but accessible and understandable — role-playing framework. Underpinning the entire infrastructure is an invigorating freedom of choice, where players can invest time and energy into the gears that interest them the most. 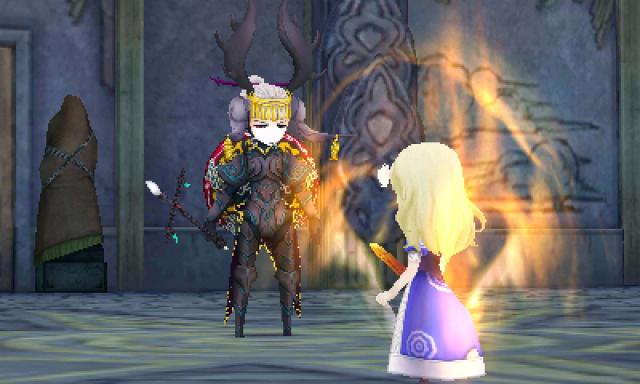 Anyone familiar with the battle and upgrade systems from the SaGa games will feel at home with The Alliance Alive. Characters don't level up in the traditional role-playing way, where, with enough experience, each hero reaches a new tier and gains spendable attribute points. Rather every character's stats — endurance, strength, focus, sense, agility — remain constant throughout, with only new weapons and items raising or lowering them. Health points and spell points can be raised in battle, although only at random. Basically, in The Alliance Alive, you build a strong party by finding powerful new weapons and accessories, and by "awakening" arts.

Again, just as in SaGa, heroes will learn arts in the heat of battle, simply by using weapons and melee attacks. For example, if Azura uses the "plunge" attack with her spear, she might "awaken" a new art — "circle swing" or "beast spike" — unique to the weapon. Most likely, it will be a more powerful move that costs additional spell points to use. At the end of the skirmish, she may even earn new health and spell points, giving her a larger pool from which to perform these advanced arts.

It doesn't stop there. Players can also level up existing arts, also at random. In this situation, though, the art grows in strength relative to the user's location in one of the game's many battle formations. If Azura uses "plunge" in a support position and levels up, only in that position will that power increase take effect. All this adds up to a battle system that's unpredictable and deeply customizable. Yes, each character is predisposed to a role — Azura's strong focus and sense stats make her an ideal healer and Barbarosa's high endurance numbers establish him as a perfect tank — but with enough practice and patience, players can fashion their five-person party into anything they want. 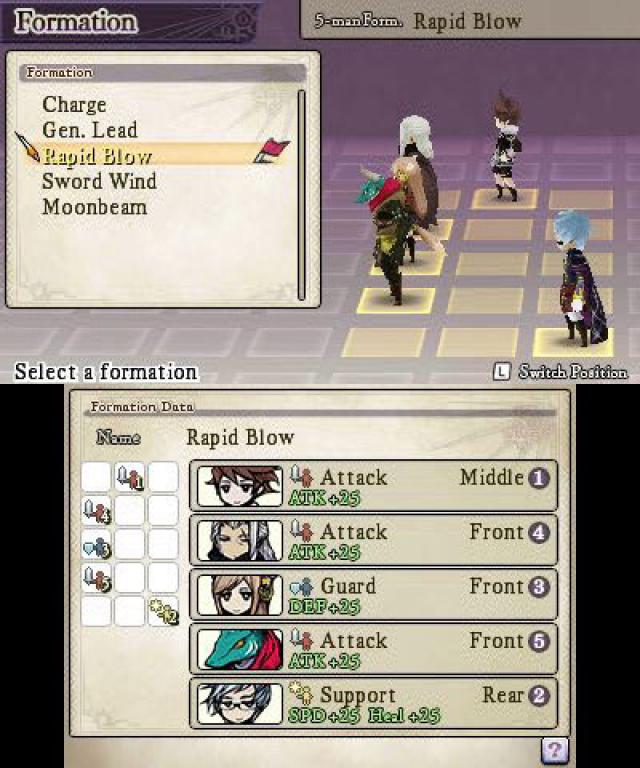 Adding more depth are battle formations, mentioned earlier, which allow you to tailor your party for specific enemy engagements. Characters take their places on either the front, middle, or rear lines, in one of three positions: attack, guard, or support. These placements modify attack power, speed, and healing, among other things. With the aid of the Tactics Guild, players will be able to customize their own formations, if the available roster is somehow insufficient.

Guilds bring yet another strata to the deeply-layered RPG system that forms The Alliance Alive. There are five guilds in the human world: Recon, Blacksmith, Signimancy, Library, and Tactics. Each offers services to the heroic party, including buffs and debuffs in battle (as long as you fight nearby). Players can increase the effectiveness of guilds by recruiting prospective members in towns across the world. Assign three recruits to the Blacksmith Guild, for instance, to craft new weapons and armor. 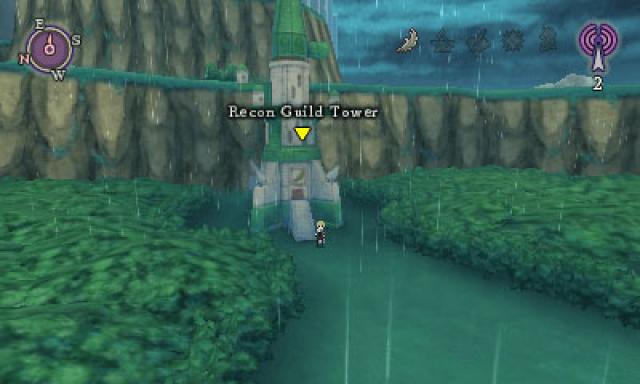 Long story short: there's a lot to see and do in The Alliance Alive. It's easy to lose hours managing guilds, recruiting members, seeking out powerful items, and awakening arts. Alternatively, you can bypass most of this optional content and focus on the main quest. That's one of the many beautiful things about the game: it allows you to play as little or as much as you want, and rewards you no matter which path you choose. A playthrough focused on the story with only a few detours will take you over 30 hours. Try to beat every monster, find every secret character, read every history, max out every art, and staff every guild and you might need 50+ hours. Even when the game "ends," it's not over. There are two New Game options to keep players busy for weeks, if not months.

Moreover, the developers at Cattle Call, with assistance from Grezzo and FuRyu, added in several conveniences to make moving through the game easier and more efficient. The game features a host of transportation and fast-travel options that reduce the busy work of walking to and fro. Invest enough manpower in the Tactics and Signimancy Guilds and you'll unlock "seal arts," which allows you to disable all those unlocked arts you never use, thereby strengthening your favorites — a clever, forward-looking fix to a potential flaw in the game's unique battle system. 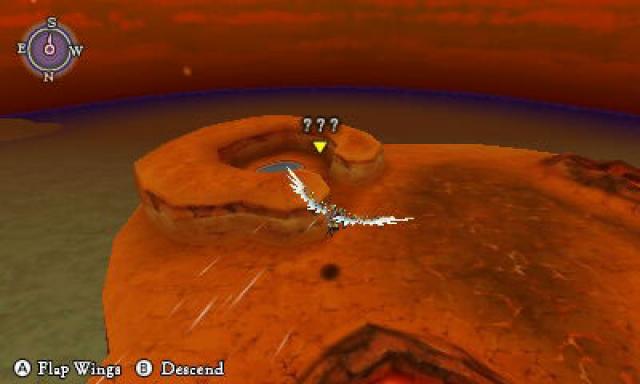 The developers' only significant oversight is a mid-game difficulty spike that arrives about 20 hours into the game. Here, players must divide their roster into three smaller war parties and fend off waves of difficult enemies. It culminates in an onerous fight against a powerful demon — more taxing than anything either before or after. It's a noticeable blemish in a title with an otherwise tough-but-fair difficulty curve.

In terms of presentation, The Alliance Alive is serviceable. It's certainly not a graphical showcase for 3DS (it mostly skips the system's stereoscopic 3D capabilities) and its semi-chibi character models fail to impress. Battle animations and environments fare better. 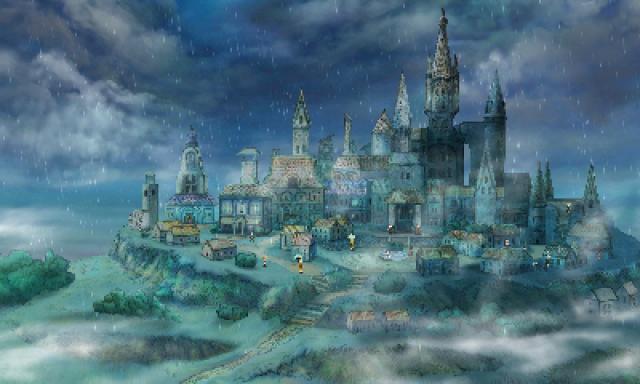 Music, composed by Final Fantasy alumnus Masashi Hamauzu, is a different story. It's excellent. The game's soundtrack is impressively diverse, in tone, delivery, and instrumentation. Whether through the otherwordly synthesizer beats of "Rainy World," the lonely piano notes of "Catacombs," or the warlike string and percussion composition of "Shiramine Castle," Hamauzu tells a story of loss, hope, and brotherhood.

The Alliance Alive is yet another terrific RPG on 3DS, a platform that refuses to go quietly. Its battle and upgrade systems are versatile and engaging, its overworld filled with secrets and optional content, its setting and characters intriguing, and its musical score commanding. By comparison, the title's story and art direction are merely adequate. Still, it's a fantastic package with dozens of hours of content and a plethora of ways to make the experience your own.

This review is based on a digital copy of The Alliance Alive for the 3DS, provided by the publisher.