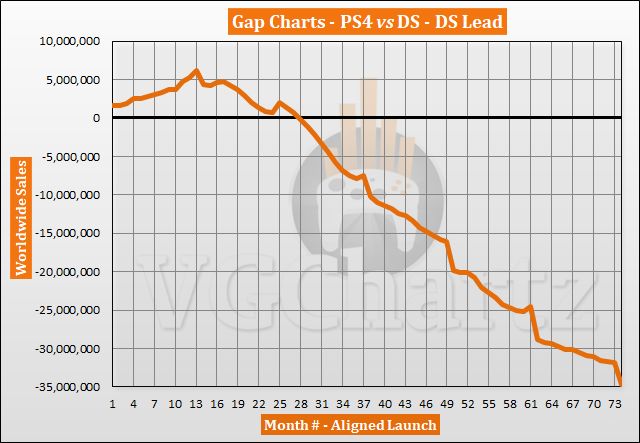 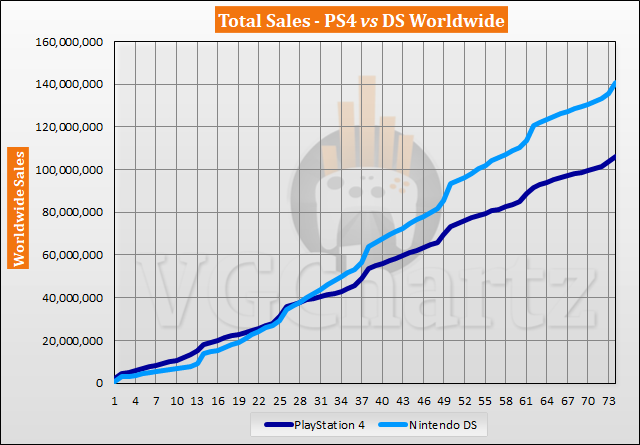 It's insane how popular the DS was. As fast and as popular the PS4 is selling 106Million in 6 years, the DS is STILL killing it by 34M units selling 140M in 6 years. The DS was selling 30M plus per year which is unheard of.

actually below 30M but close to it. and only for about 3 years, the other years are 20 and less, but still impressive.

If the PS4 doesn't start to shrink this gap, it won't be on track to beat the Game Boy for much longer. Man, I wish we had Game Boy hardware numbers...

120m is basically the minimum for the PS4. It would have to perform worse than the PS3 launch aligned from now on to not hit 120m and beat the gameboy.

Then expect the gap to start to closing instead of widening then, and probably soon. I didn't say PS4 wouldn't beat Game Boy, I just made an observation about the chart, and wished that we could have had a PS4 vs. Game Boy chart because I think it would have been interesting to watch.

Thing is, PS3 and 360 became popular later on in its life cycle so you can't compare really. PS4 is already sub 200k WW without an official visual announcement

That is one of the gap charts I do. Takes time to get through them all.