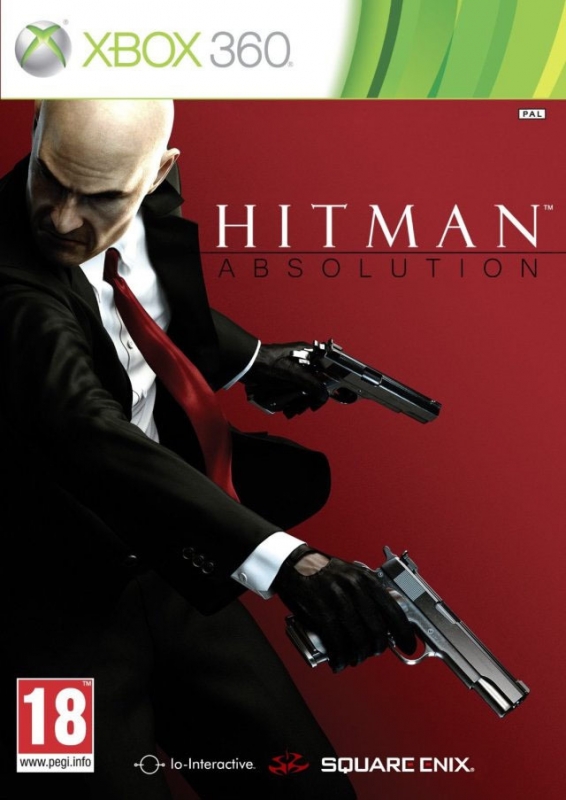 No other game lets you kill by dropping a whale skeleton on your target.

Has there ever been a year with more assassination games in it? I’m not sure there has. Certainly never so many high-profile games. Hitman has been around for a long time, but with Dishonored and Assassin’s Creed III both recently released, the stealth action genre has more competition than ever. Hitman: Absolution is the latest entry in the quintessential assassination franchise, and it has big shoes to fill.

When Agent 47’s handler Diana goes rogue, 47 is tasked with hunting her down and killing her, but Diana didn’t leave for her own sake. She was protecting a special young girl from the Agency. The secrets of this girl and 47’s desire to protect her shape the central plot of Hitman: Absolution. Sadly, it’s not a very good one. The game tries for a sort of Tarantino-style ridiculousness, so the plot lacks any real flow. There are also a number of confusing, unexplained, or under-explained events. While Absolution’s plot has entertaining moments, wacky characters, and a great sense of style, the awkward pacing and lack of direction make it hard to care about anything that’s happening in the narrative.

What does boost the presentation up quite a bit is the art direction. Hitman: Absolution is a gorgeous game to look at. It has great, varied style and never feels repetitive. Every once in a while it can even trick you into believing in the sandbox levels you’re playing in through great NPCs and great style. It has an especially clever mastery of setting the mood with lighting. Great music and some decent (and hilarious, in the case of many of the in-game NPCs) voice acting are also big plusses.

Of course, the real reason to play a Hitman game has never happened in cutscenes between the levels. Hitman: Absolution proudly bears the series pedigree as a stealth-action game, with a heavy focus on the stealth. Each level is a sort of directed sandbox, with many paths toward a single goal. Usually this is killing or subduing one or multiple targets, but the game throws in some variety missions as well. The gameplay has been refined and improved all-around, but it stays relatively close to formula, which is absolutely a good thing. This still plays like Hitman, and that's sure to satisfy fans.

How you progress depends wholly on your play style and your willingness to explore and experiment. Almost never is there only one way to complete a task, and exploring your options often generates extremely entertaining situations, usually of the black humor persuasion. You can shoot your way through certain levels, but it’s almost never recommended nor is it anywhere near as entertaining. The Hitman staple of acquiring disguises from knocked-out or killed foes returns, and many of the levels are much easier if you find the right disguise.

With the improved controls comes much-improved use of cover and objects in both stealth and combat. An on-screen detection meter will help you judge how long you have until an NPC takes notice of you, and the general direction that NPC is looking. Timing is everything, and the levels are filled with hidden switches, paths, and options for progression. Finding options to complete these is helped along by the in-game challenges, which highlight the many actions you can take in a level. You’ll have to play through a level multiple times before you’ve completed all of them.

Sadly this can sometimes be frustrating due to the nature of the location-based checkpoints. Checkpoints must be manually activated, and are only available in a few select locations around a level. What this means is if you choose to take a path other than what the game predicts you will take you may not see them at all, or only see one. If you’re trying to do something in specific like complete a signature kill, this can be annoying. Luckily it was never so bad that I found myself wanting to quit. If anything Absolution’s almost puzzle-like gameplay kept me trying again and again to get that kill I wanted.

Outside of the campaign is the newly added contracts mode. Contracts lets you set up challenges or compete against your friends or worldwide. You can pick your targets and decide how to kill them, then upload the “contract” to challenge others to either complete the hit the same way you did or find their own method. It’s a fun distraction, but lacks the depth of the campaign’s carefully crafted levels. It does add a decent amount of replayability to the game, and if you want enough money to unlock all the disguises and upgrade your weapons you will probably want to play it.

Speaking of replayability, Hitman: Absolution has quite a lot of it. The campaign will last you a solid 10 hours on your first run (unless you play on easy and don’t care enough to be patient and enjoy the stealth). It can be longer if you constantly restart like I did to get that kill you just have to have. Getting all the collectibles, completing all the challenges, playing on higher difficulties, and maximizing your score are what Absolution is all about, and many people will find themselves going back again and again. With the addition of contracts mode, Hitman: Absolution is an impressive value for a primarily singleplayer game in an age where 4-6 hour campaigns with no replayability are all too common.

If you thought you had played enough assassination games this holiday, let me tell you that you haven’t. Hitman: Absolution is a great stealth game, with a real understanding of the fun of cerebral gameplay. It’s all about planning, experimenting, and then playing things out to see the entertaining and interesting results. On the downside, the narrative is a mess of bad direction and jumpy, inconsistent cutscenes. This hurts the game’s otherwise interesting style, but there’s no denying that Absolution is just very fun to play.

This review is based on an Xbox 360 version of Hitman: Absolution, provided by the publisher.