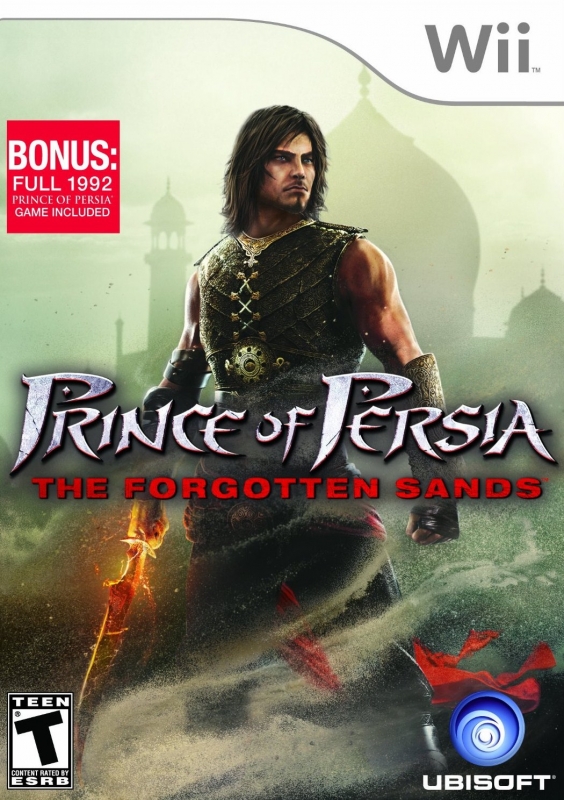 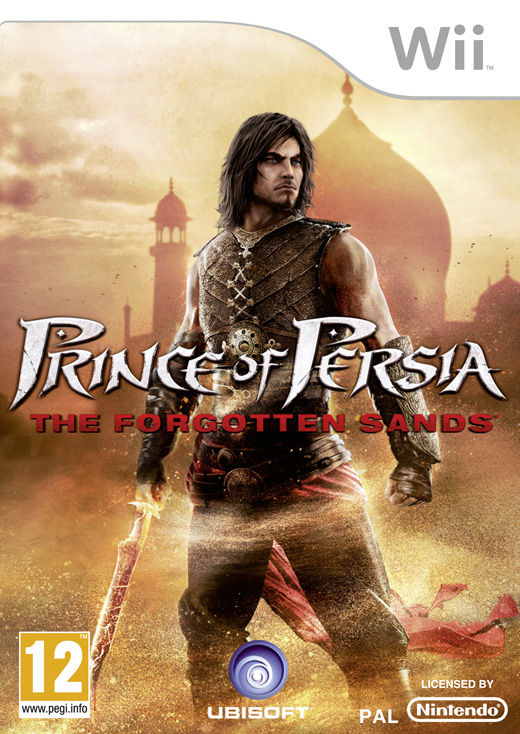 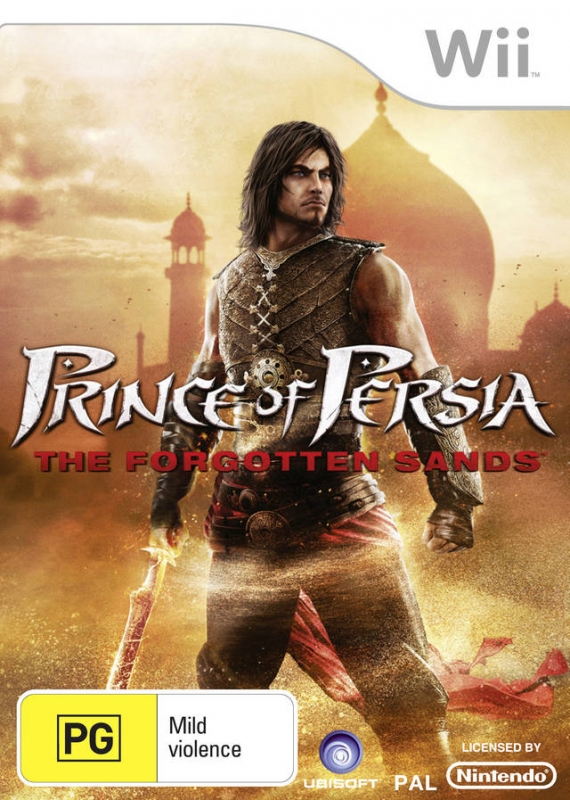 Prince of Persia: The Forgotten Sands

A return to the deserts of time.

The Prince Of Persia series has a rich heritage; from its humble beginnings on the PC way back in 1989 to the fantastic Sands of Time trilogy that graced our consoles last generation, to 2008’s HD reboot of the Prince’s adventures, the series has always managed to stay fresh and evolve alongside trends in gaming. Now, with the film adaption of the Sands of Time lighting up the big screen, Ubisoft has decided to revisit the acclaimed trilogy with a new chapter - The Forgotten Sands. Does this latest entry stand alongside the series proudly, or is it doomed to wander the deserts of Persia forever?Let me start off by saying that the Wii version of The Forgotten Sands features an entirely different story from the narrative featured in the Playstation 3 and Xbox 360 versions, and also offers an entirely different experience. The game opens with a jaw dropping escape through a fortress that is sinking into the sands and serves as an introduction to the basic gameplay. It also foreshadows some of the game's later events. We are soon (re)introduced to the titular Prince and his new genie partner as they explore a lost kingdom infested with an all-encompassing evil that has robbed the once lush palace of its splendour. The goal is to give the Prince a kingdom that he can call his own, as well as a princess to settle down with.The story is presented to the player from both the perspective of the Prince (through spoken dialogue) and an off-screen narrator who ‘reads’ the game's events as if they were being witnessed in the imagination of a reader. This helps immerse the player into the Prince’s quest, and near the end of the adventure you will feel as if you have experienced a classic Arabic tale ala Arabian Nights. It’s just a slight shame that the game severs many of its connections to the previous ‘Sands Of Time’ games in favour of a side quest adventure. Those familiar with the Prince of Persia series will feel right at home when playing the Forgotten Sands. The developers have kept all the elements that have made the series what it is today with all the jumping, climbing, backflips, acrobatics and swordplay that a Persian prince can ask for, as well as adding some new Wii-specific elements that give the Nintendo version a feel of its own. These include three new power-ups that give the Prince new abilities in both platforming and combat sections, including a hook that can be placed on walls to create new grapple points, a whirlwind power to form new jumping platforms and a protective bubble that can save you from unfortunate falls.All of these abilities are controlled by pointing at your target with the Wii remote’s IR pointer and activating them with the ‘B’ button. It’s a functional but clunky design since you can’t manually change what power you’re using. This can become a hassle when you are surrounded by enemies or have to navigate a complex series of vertical platforms. The rest of the game's controls are your standard fare for a game of this genre; you move with the control stick on the Nunchuck, jump with the ‘A’ button, combat is handled (see: waggled) with a flick of the Wii Remote, and you can also pull off special combos by combining button presses with motion gestures. For the most part these controls, while simple, work well, with the exception of the camera controls which are manipulated by holding the ‘C’ button and moving the IR pointer to look around, however once you release the ‘C’ button the camera has a tendency to revert to its default setting which isn’t always in the ideal position to attempt some of the game's more difficult platforming routines. Speaking of difficulty, this chapter in the Prince’s adventures continues the series' tradition of strenuous platforming that tests the metal of its challengers by forcing them to climb ever higher to reach the objective, which usually consists of more platforming. However, the amount of cheap deaths is something the series developers have yet to address. Oftentimes you will find yourself plummeting to your death after the slightest of miss-calculations or even take damage from an enemy that clearly never touched the Prince. Another point I want to bring up is the seemingly undecided height of what constitutes a deadly fall; sometimes I would survive a 50 foot drop and other times a fall that I, your humble reviewer would survive, felled the Prince instantaneously. The game also features a two player co-op mode which allows the second player to control the Prince’s powers, aiding him in platforming and in combat by stunning enemies or even by freezing traps so that the Prince can pass without difficulty. This type of two player gameplay (more commonly known as ‘girlfriend mode’) is very similar to the one found in both Super Mario Galaxy and its sequel, and like those two games adds very little to the actual gameplay but does give a second person more to do than simply watch and wait their turn to play, so in the end it’s a welcome, albeit shallow addition.On the graphical side of things The Forgotten Sands definitely scores high marks. The environments are nice and detailed with every region of the lost kingdom having its own sights and personality that sets it apart. The character designs are also well drawn and animate very well, and apart from a few hiccups along the way (like the Prince’s eyes that are so blue they're white), the game is a real looker on Nintendo’s console.To accompany the game’s style, the developers composed a fitting soundtrack with Persian and Middle-Eastern inspirations that come together to leave no doubt as to where your adventure is taking place. However, the same cannot be said for the voices selected to represent the Prince and the rest of the supporting cast. Most sound like typical Caucasians trying to imitate classic Middle-Eastern voices, but the most grievous example of missed voice acting would be the Prince of Persia himself, or should I say Prince of England? He sounds as if he would be better suited to selling souvenir shirts in downtown London than being an ancient Persian royal.However, it’s not all roses and sunshine. The game, while visually impressive, does suffer from some performance glitches which, while not major, do detract from the experience. The framerate will sometimes drop to a stutter, usually when fighting many enemies or attempting complex acrobatic feats. Also the game does have its fair share (see: many) of invisible walls, that block off sections that you would think could be reached with ease and possibly reveal a different path. In fact, the game is a fairly linear experience, and - while it does offer different ways to tackle each obstacle - you will often find yourself walking down hallways more often than you would like to.Where The Forgotten Sands truly excels is in its replayability. The game features a plethora of extra challenges, an achievements system, extra difficulty settings, unlockable weapons and costumes from other games in the Sands Of Time trilogy (or is it a quadrilogy now?), and even a complete port of the Super Nintendo version of the original Prince Of Persia. All this on top of an adventure that will take upwards of a dozen hours to reach the ending of and you have a very safe investment for your hard earned gaming funds. After the 2008 reboot of the series, fans wondered in what direction the Prince would head in next. As it turns out, that direction would be a return to The Sands Of Time, a series that is one of the most revered trilogies of the last generation and now heads into this current cycle of consoles with the same solid gameplay, atmosphere and style that we would expect from a Persian prince, all the while adding new elements that make use of the Wii’s unique features, as well as celebrating the series’ rich heritage. The Forgotten Sands are not to be forgotten.