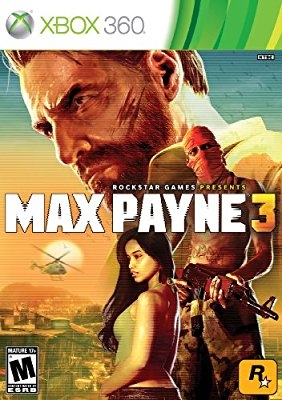 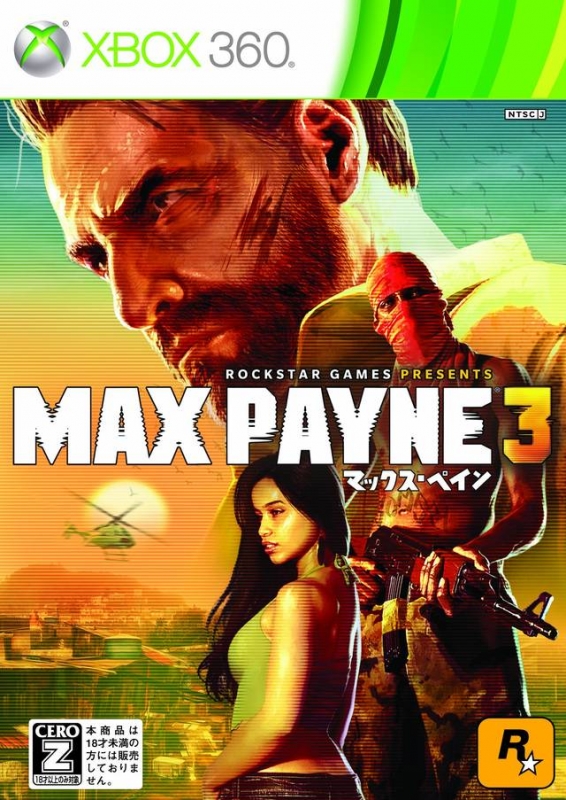 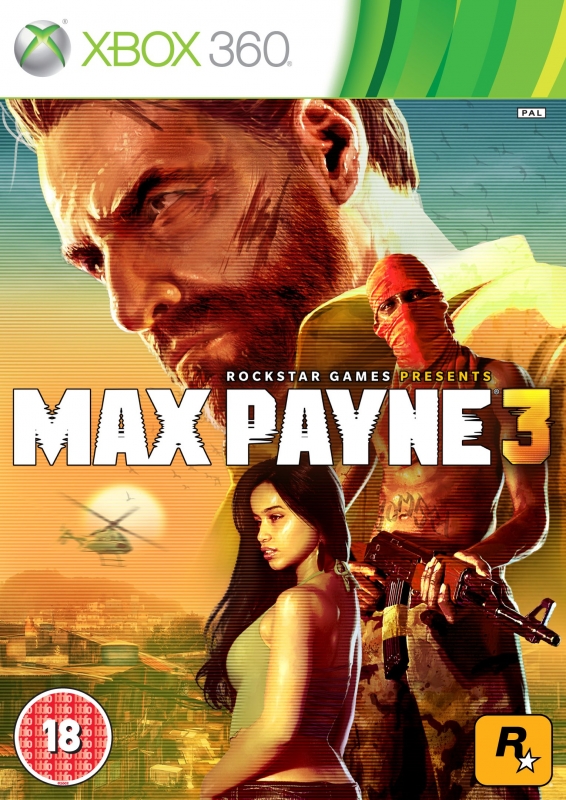 Much like when a well-known film series gets a new director, there’s always a little risk involved when a familiar game franchise switches from its original developer to new blood. While this may result in a fresh take that spins the series off into interesting directions, more often than not something goes missing in the transition, losing what made the series special in the first place. In the case of Max Payne 3, both hold true. Now that series creators Remedy Entertainment have their hands full with Alan Wake, the task of developing a third Max Payne title has been left to Rockstar Games, who provide their own unique take on the series. Though Max Payne 3 continues Rockstar’s tradition of smart, polished, high quality action games, something is lost along the way, making Max Payne 3 feel less like a true follow-up and more like “Max Payne in name only”.

The differences begin as soon as the game starts. Max now works private security in the sun-drenched locales of São Paul, no  longer the hard-boiled cop in the perpetually snow-covered streets of New York City (though these thankfully return in flashback levels). Graphic noir-inspired cutscenes are replaced by more traditional cinematics, and references to Norse mythology are replaced by thinly-veiled political commentary. Despite this change of aesthetic, the game quickly finds itself in familiar Max Payne territory, rife with corruption, gang wars, and Max’s own self-loathing. Set nine years after the events of Max Payne 2: The Fall of Max Payne, this Max is older, but certainly not wiser, addicted to booze and pills and constantly down on his luck, despite his inhuman firearm abilities. The story takes Max to some interesting places and varied locales, providing an entertaining (if not that memorable) story that gets the job done.

Though the story doesn’t quite hit the heights of its excellent predecessor, it still serves as a means for delivering one of the most polished, pure action games in years (probably having something to do with its infamously long time in development). Max Payne 3 runs on the same engine as its sister Rockstar games Grand Theft Auto IV and Red Dead Redemption, resulting in realistic and unique animations for each situation Max finds himself in. The series patented “Bullet Time” is back in full force, with which Max employs slow motion to effortlessly take rooms full of enemies. Take out the last bad guy of a group, and the camera will follow the bullet, culminating in a satisfyingly cathartic view of the point of entry.

Max Payne 3 successfully hybridizes shooter tropes old and new to create an experience that is wholly unique. As almost seems required in third-person shooters nowadays, Max Payne 3 employs a cover system, but unlike most modern third-person shooters, it is not merely just a place to let your health recharge, as there is no regenerative health. Just like the previous games, Max must consume copious amounts of painkillers to heal after firefights. Painkillers are also tied directly to one of the gameplay’s new features, “Last Man Standing”, where as long as Max has at least one painkiller on him when dying, he is given a window to shoot the enemy that took him down, gifting him a second wind and throwing him back into the action. While this is a cool feature, you’re out of luck if you’re out of ammo, or if your enemy is out of your line of sight.

Cover ends up becoming necessary to survive the game’s tougher encounters, not due to intelligent enemy AI (though it’s present), but because of the level design’s lack of accommodation for the series staple of shoot-dodging, where Max simultaneously fires while diving through the air. The destructible environments are cluttered with obstacles that will momentarily knock Max out if he dives into them, making shoot-dodging less of a necessity and more of a privilege. The previous Max Payne games encouraged copious amounts of diving because it was fun and because it looked damn cool. It remains both in Max Payne 3, but this time around it's better used as a last resort. The levels feel designed for a more traditional shooter experience in mind, as if shoot-dodging was thrown in at the last minute because it wouldn’t be a Max Payne game without it.

This exposes the issue at the heart of Max Payne 3 - the gritty, ultra-realistic tone that has come to be associated with modern Rockstar games doesn’t mesh well with the over-the-top, John Woo-inspired moments that originated in the previous Payne titles. The original Max Payne games, despite their dark narratives, had their tongues planted firmly in cheek. They were love letters to film noir and heroic bloodshed while simultaneously parodying both. The world of Max Payne and Max Payne 2 was surrealistic enough to suspend disbelief for a man who is able to dive slow-motion in the air with perfect accuracy, for whom painkillers were more than ample treatment for multiple gunshot wounds. Aside from Max’s over-the-top antics, the world of Max Payne 3 is showcased with a more realistic tone, and the juxtaposition is jarring. It’s hard to accept Max’s near superhuman accuracy and endurance when the game's universe is presented without a hint of irony.

The disparity between narrative and gameplay carries over to the cutscenes as well. Throughout the 10-12 hour experience, Max Payne 3 is unable to establish a proper flow. Almost every encounter is followed by a non-interactive cutscene - most of which are fairly long - completely derailing the game's pacing and eventually becoming comically predictable. There’s a problem when the body count to cutscene ratio starts approaching 10:1.

At least the cinematics themselves are well-presented. James McCaffrey returns as the voice of Max Payne, and for the first time in the series provides his likeness and motion capture to the character, resulting in a more nuanced and naturalistic performance. The voice work remains consistently excellent throughout the single player mode, though Max’s constant “woe is me” routine quickly proves more annoying than edgy. This is forgivable, though, as Max Payne 3 boasts one of the best music scores of a game released this year.

Max Payne 3 is a single player experience at its core, but Rockstar offers a robust multiplayer experience that easily racks playtime hours. Bullet time and shoot-dodging make their way into the expected deathmatch and team deathmatch modes, while "Payne Killer" mode puts you in the shoes of Max as you fight off other players. Though the multiplayer modes themselves don’t add anything new, incorporating Max Payne’s unique style of gameplay differentiates it from most shooters on the market.

Max Payne 2 gave us the fall of Max Payne; Max Payne 3 gives us his rise and redemption. The Max we see as the credits roll is still a broken man, but at least we leave him on the road to recovery. Max Payne 3 doesn’t quite carry over all of the series’ trademarks (2007's Stranglehold fits that bill), but at least it’s still a welcome return for one of gaming’s best protagonists.

This review is based on a retail copy of Max Payne 3 for the Xbox 360.