Do go into the light.

Frictional Games knows horror. From its humble beginnings, with the underrated Penumbra series, to its breakout hit Amnesia: The Dark Descent, to arguably its best game Soma, the Swedish studio has mined the darkest places, both literally and figuratively, and turned our own fear against us. Its latest adventure, Amnesia: Rebirth, while a step backward from The Dark Descent and Soma, is a deeply-unnerving horror tale with excellent voice work, characterization, narrative, and art direction. At times the game can feel too scripted, and its approach to "game overs" is dubious, but in general it delivers the scary scenes and disturbing atmosphere Frictional fans have come to expect.

Amnesia: Rebirth takes place in 1937, in the Algerian desert — not exactly a common setting for a horror game. It's the first sign that Frictional plans to push the narrative limits of the horror genre and subvert some preconceived notions. The heroine of the story is Anastasie "Tasi" Trianon, a French surveyor on an archaeological expedition which includes her husband, Salim, and several others. After the expedition's plane crash lands in the desert, Tasi wakes up in the wreck, disoriented and missing her memories. She finds her way to a nearby cave where she descends into darkness. 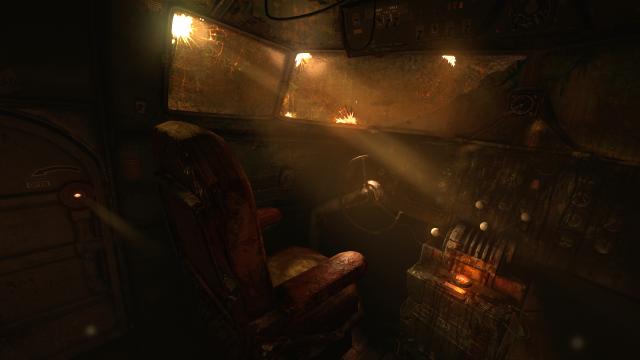 There is much, much more to the story in Amnesia: Rebirth, but it's up to you to discover it for yourself. Tasi's journey is long and arduous, and will take her to places — psychologically, bodily, and geographically — that go beyond typical horror fare.

While the game's narrative is atypical, its mechanics are traditional, at least for a Frictional title. You'll explore several spooky environments in a first-person perspective, using matches and oil lamps to find your way in the darkness and maintain your sanity. If you linger too long in the darkness, your fear will rise — represented by black tendrils clawing at the sides of the screen — and you will lose control. At times, monsters will appear; you'll need to crouch and sneak past them, or run for your life. There are plenty of puzzles as well, which require either exploration of the surrounding area or physics-based manipulation of objects, or both.

It's in this area — the trifecta of darkness, monsters, and puzzle-solving — that the game seems on shakiest ground. It's not bad by any means, but somewhat underdeveloped compared to Frictional's extraordinary work on world-building, character development, and atmosphere. The studio has certainly veered more toward scripted, cinematic storytelling with Amnesia: Rebirth, which translates into fewer opportunities for spontaneous gameplay. 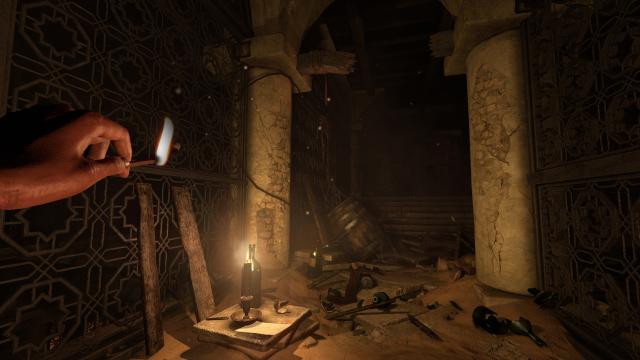 The one big exception to this is the fort area, the game's finest section by far. The fort, and the cistern beneath it, represent the best of Frictional. Here the studio not only creates an atmosphere of dread, but opens up the environment so players can explore, backtrack, and solve a few tricky puzzles. Where the majority of Rebirth propels Tasi forward, the fort allows players to investigate according to their own pace. Overall, it's less linear and scripted than much of the game, and subsequently more rewarding. If all of Rebirth had unfolded according to the rhythm of this section, it would be a game-of-the-year candidate.

Regrettably, the remainder of the game doesn't live up to this segment. Still, it delivers the requisite number of puzzles and frights, all shrouded in inky darkness.

No review of Rebirth would be complete without a conversation on how it treats "game overs", since this points to Frictional's larger philosophical take on its newest game. In previous franchise games, falling to a monster would force the player to restart at a recent checkpoint and try again. In Rebirth, upon failure, the game will send you to the end of the area, as if you had cleared it yourself, or to the beginning with the monster now removed. For folks who struggle with stealth gameplay or horror scenes this could be a boon. For others weaned on The Dark Descent, or just those looking for a challenge, it's a letdown. Ultimately, player death and failure are de-emphasized in Rebirth. 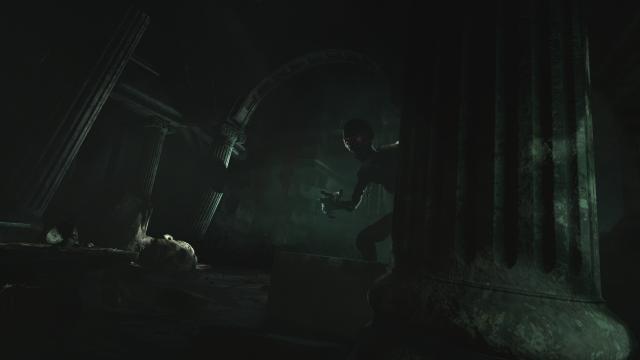 This is, of course, intentional. From the very beginning Frictional lays its cards on the table with the following disclaimer: "This game should not be played to win. Instead, immerse yourself in this world and story". Ultimately, Rebirth is about Tasi's emotional journey — about going to hell and clawing your way back. It's not strictly about winning or losing. How you align with this philosophy will dictate how much you invest in the game.

In terms of value, Rebirth offers an adventure that should last between 8 and 12 hours, depending on how often you explore and how cautiously you inch your way through pitch-black tunnels and aqueducts. While mechanically the game doesn't offer much in the way of replay value, it does offer two moral decisions that lead to unique outcomes (and unique PS Trophies). Indeed, the choice you make during the game's conclusion will produce one of three different endings. 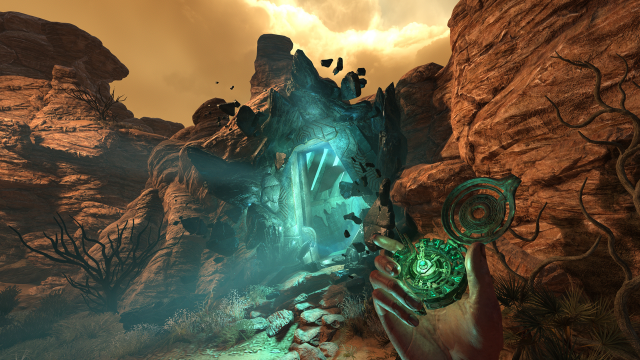 No matter where you end your adventure in Rebirth, along the way you'll experience its outstanding production values. The game might not be the most technically advanced piece of software, but its art direction and general presentation are outstanding. Frictional achieves great things in contrast, either by juxtaposing the sun-baked, orange desert vistas of Algeria with its cold, jet-black caves, or by mixing the mundane with the eldritch. Voice work is similarly great. Alix Wilton Regan, who voices Tasi, gives a standout performance.

If you're looking for a repeat of Amnesia: The Dark Descent, this isn't it. Rebirth fails to achieve the original game's crippling sense of dread, in part because it's more interested in storytelling and world-building — two elements it achieves masterfully. Yet its commitment to narrative comes at a price: gameplay that's more scripted and straightforward than usual. Still, as a horror game Rebirth delivers, thanks to the way it leverages claustrophobic darkness, otherworldly terrors, and environmental puzzles alongside an emotionally-powerful, subversive story.

This review is based on a digital copy of Amnesia: Rebirth for the PS4, provided by the publisher.