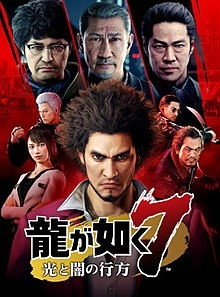 Sega reassures fans and newcomers alike that change is for the better, ushering Yakuza into the ninth generation with confidence.

There's an old saying: “you can never go home again”, and in some sense it applies to Yakuza. The dragon has submerged, the old dog has left his porch, and the tiger has returned to the jungle. Likewise, Sega too is content with taking a brave step forward into this uncertain future, allowing the past to become legend.

But there's another old saying: “the more things change, the more they stay the same”, and if any of the diehards concerned about change happen to read this, don't despair - you have yet another chance to learn how to play Mahjong. Like a Dragon is quick to assure fans that, although change is coming, it will ultimately remain familiar, and this can be felt right from the beginning of the game. 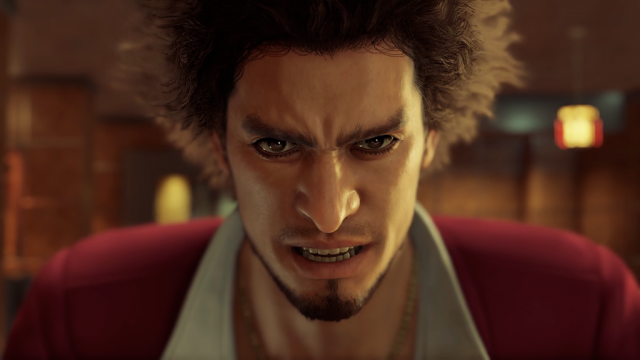 On New Year's Eve in 2001, Yakuza button-man/grunt Ichiban Kasuga accepts the blame for a murder at the behest of his family's patriarch, Masumi Arakawa. Seizing the opportunity to prove himself to both his father figure and faction (the Tojo Clan), Kasuga spends the next 18 years imprisoned for a crime he didn't commit.

Following his sentence, Kasuga is released, only to find himself in a world he barely recognizes. His old haunts are nowhere to be found, the Tojo Clan has been wiped out by its longtime nemesis, the Omi Alliance, and worst of all Arakawa is now the acting captain of his once rival clan. Following a brief reunion, Kasuga is promptly shot in the chest and left for dead in the garbage piles of Ijincho. 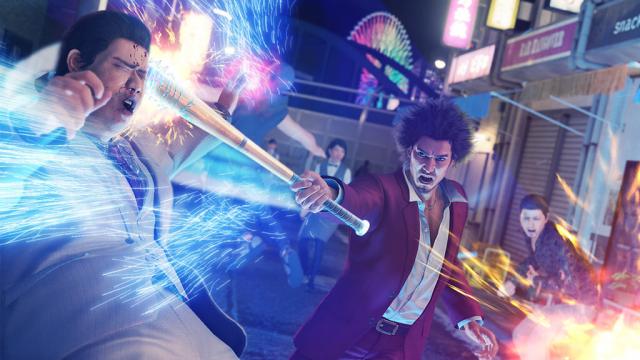 Par for the course, Sega has crafted another crime drama that takes players through more twists and turns than they'll be able to keep up with, and remains entertaining up until the very end. At times, the plot ranges from 'Shakespearean' to 'contrived', and loses some of its urgency in the later stages of the adventure in favor of cameos, some of which feel more than a little forced. For a series about opposing crime factions cutting fingers and faces off with abandon, the stories of these games tend to wrap themselves up a little too neatly, and LaD is no exception. There is more a reason for it this time around, however. This is not the saga of The Dragon; it is a tale of The Dragonfish.

More of a risk than the potential shift in genre is the change in protagonist. Longtime fans may have their reservations, and while he undoubtedly has large shoes to fill, Ichiban Kasuga is more than up to the task. Possessing Kiryu's notion of justice and drive to improve the community around him, along with Majima's extroverted, eccentric sense of self, Ichiban (which means 'number one' in Japanese) is just as likable as either of the series' mainstays, if not more so. 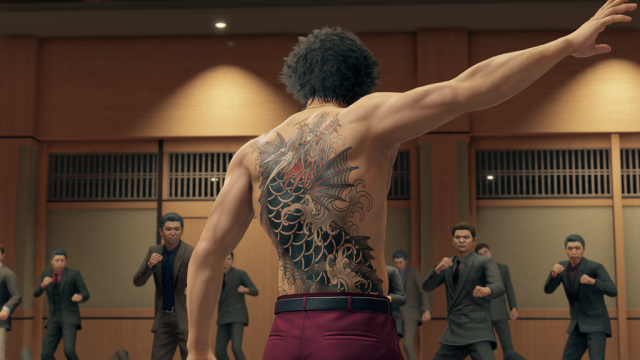 Perhaps most amusing is the fact that the entire reason why the combat has shifted to a turn-based RPG is because he is willing it to be so. Kasuga is a fan of Dragon Quest. Not only does he wish to be a video game character, he lives in complete adherence to this desire, intentionally allowing his enemies to hit him or holding back in a fight to make it seem more competitive. Kasuga's friends and allies, while not fully aware of the extent of his imaginings, are supportive of him and his endeavors. The relationship between Kasuga and his unlikely band of followers is the most unexpected aspect of LaD, and one of the most enjoyable. The cast is the strongest in a Yakuza game yet, and at its center is a great protagonist who could certainly lead the series throughout the ninth generation.

All this being said, it's time to address the elephant in the room: LaD is different from the rest of the core games in the series. Yes, the combat has changed from its arcade-style brawling in favor of a slower, turn-based system in the vein of classic RPG series like Persona and the aforementioned Dragon Quest. Purists might call foul, but after 15 years of revising a formula, which itself was already inspired by a preexisting framework, it was time. Sega has been talking about change for years and finally pulled the trigger. It was mostly successful in this regard, but inherited some of the more negative trappings of the genre. 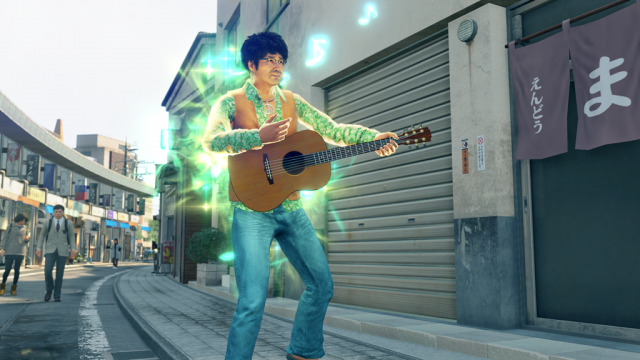 This shows up most significantly in the disparity between the various Job Classes and how imbalanced they are. Enforcer, Musician, and Idol are clearly superior choices compared to some of their contemporaries, while several characters have exclusive roles by default that are actually more viable options than those they have to unlock. Rather than attempt to revise the classes and create more parity between them, Sega simply opts to increase the scarcity of weapons such as Shields or Guitars, forcing players to either grind for hours in various mini-games to attain higher-level equipment, or bounce between whichever classes currently have the best gear. Sega seems to be hoping for the latter, as various Field Skills (such as Demolish) are locked behind certain roles, and without changing into them at least once, Kasuga can miss out on essential techniques that he may not know exist.

The Job Class system is a great addition to the series, but admittedly feels clunkier than it needs to. The worst part is that some of this archaic feeling is by design and leaks into other areas of the gameplay. Anyone weary of the amount of encounters in previous Yakuza titles will be dismayed to know that they'll be fighting almost twice as often as before. An Auto-Battle option exists, but isn't nearly as easy to abuse as it is in other games (in a good way); and by the time players discover the item that lets them bypass normal encounters, they'll be needing every experience point they can earn.

It might sound too negative or overly critical, as the new combat system is one of the big changes Yakuza needed to make, but the growing pains occurring in LaD were overcome by other companies decades ago, yet are deliberately recreated here more for atmosphere or adherence to the past, rather than enhancing the gameplay for the better. At the end of the day, Sega has found a good formula - it just doesn't need to follow the recipe so closely next time. 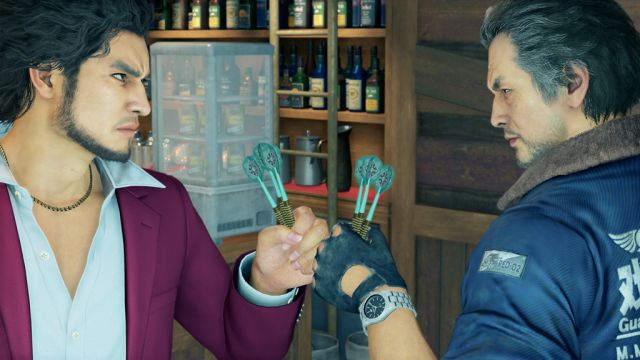 If there's one thing that can make a great RPG better, it's a solid mini-game. Triple Triad, Blitzball, Xenocard, Gwent, Chocographs, these act as enzymes of sorts that make the main quest more digestible, while potentially giving the game a longer overall lifespan. What better series could embrace this better than Yakuza, which had already practically grown into an RPG with real-time combat?

LaD boasts the highest mini-game count of the series, but with so many of them returning from previous titles, it will only be feasible to mention a few highlights. This isn't a knock against Fantasy Zone, Space Harrier, or the highly addictive Oicho-Kabu, there are simply bigger fishes to fry than Texas Hold 'Em - just don't underestimate the value of a good Koi-Koi or Blackjack table.

The first of the major additions is Can Quest, a recycling/derby hybrid that pits Kasuga up against other vagrants, racing against the clock and each other to collect the highest amount of cans in the allotted time. A Turbo Boost can be used to crash into opponents, incapacitating them and gaining a can bonus. The same can happen to Kasuga, and being hit by a garbage truck will most certainly keep players from attaining the coveted S Rank. Can Quest is simple to play and has its moments, but is the weakest of the new mini-games. Unique items can be found there, however, and enthusiasts will be well-rewarded for becoming a Disciple of the Can. 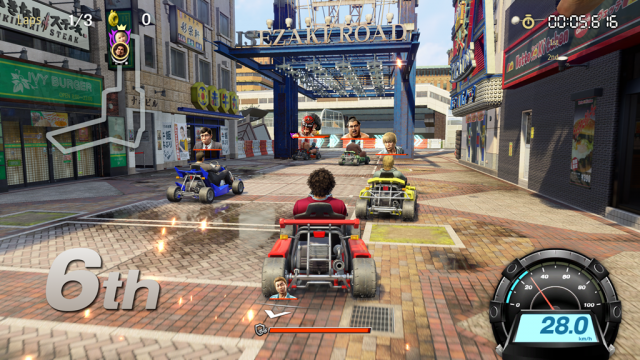 Dragon Kart might be the most exciting addition, and it's not too hard to see why. Exactly what it appears to be, Dragon Kart is a fully-functional racing game with seven upgradable karts, twelve tracks, Time Trials (with online rankings), and all the standard items one would expect to find in a kart racer. While it may not have the depth and polish of Mario Kart or CTR, Dragon Kart is very fun and more evidence that Sega should consider releasing a compilation of mini-games. I've played dedicated racers with worse mechanics than those found here. What Sega has managed to squeeze into this small section of the game is nothing short of impressive.

A remaster of sorts from Yakuza 0, Property Management is daunting to break into, but if players can do so they will be rewarded with one of the most entertaining mini-games in the series, along with one of the most lucrative ways to make money (and an optional party member to use in combat). Management involves buying property, hiring and assigning various personnel to run said property (both with levels of their own to raise), balancing profits and debts, and participating in Shareholder Meetings to fight for your overall Approval Rating in a rock-paper-scissors style showdown. If any of this sounds intimidating or possibly insane (and it is), I can only leave you with one piece of advice: the chicken is the key. 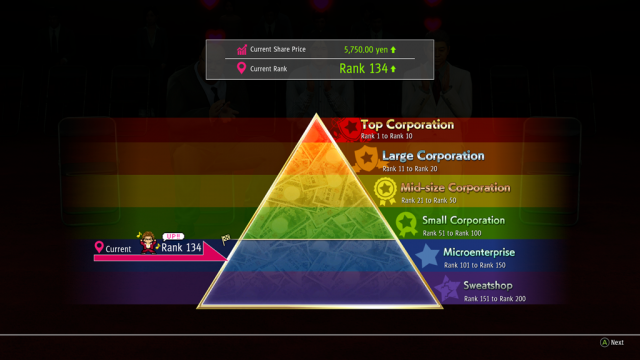 The amount of mini-games in LaD is so massive, it's difficult to even mention them all. From the placement tests of the Ounabara Vocational School (which is almost as fun to fail as it is to pass), to the disturbing REM Rams that manifest Kasuga's dreams in the Seagull Cinema, there's almost certainly at least one mini-game out there for everyone to enjoy. Some may not be as fresh as they once were, but the incentives for playing Shogi or spending some time in the Batting Cages have never been higher.

There's too much to say about Like a Dragon and most of it is positive. Gripes aside, the changes to the combat were not only needed - they were necessary. At its Shenmue-inspired core, Yakuza has always been a role-playing game, and now perhaps it has finally become what it was always meant to be. Ichiban Kasuga proves he is worthy of inheriting the mantle of Hero from his predecessors, while he and his friends are the most relatable and enjoyable the series has seen. 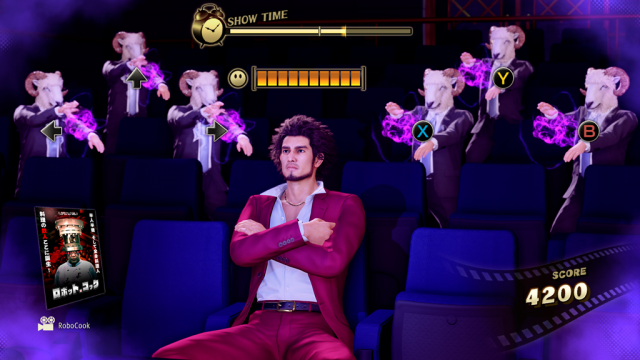 Between the Substories, Drink Links, Final Millennium Tower, DLC, legions of mini-games, Part-Time Hero Quests and New Game+, players could spend months on the streets of Ijincho, Kamurocho, and Sotenbori, and still not experience everything the game has to offer. Sega has outdone itself in almost every way imaginable (even including an English dub for the first time since the original Yakuza), and has gone out of its way to make this the most accessible Yakuza for everyone.

If it's not the best game in the series, it's not too far behind, which is saying quite a bit for one that has spent the entire eighth generation improving itself.

Now if you'll excuse me, there are Suits and Honors that need to be memorized.

This review is based on a digital copy of Yakuza: Like a Dragon for the PS4