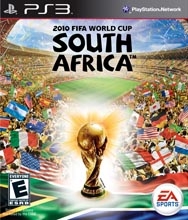 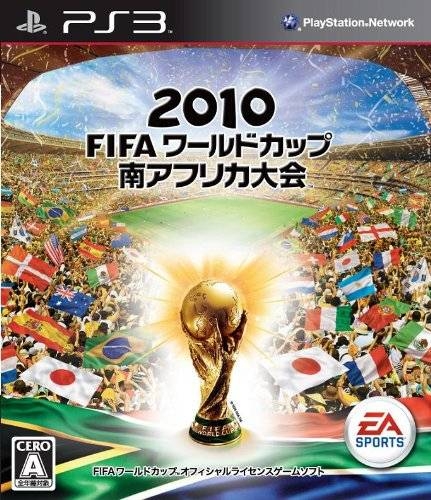 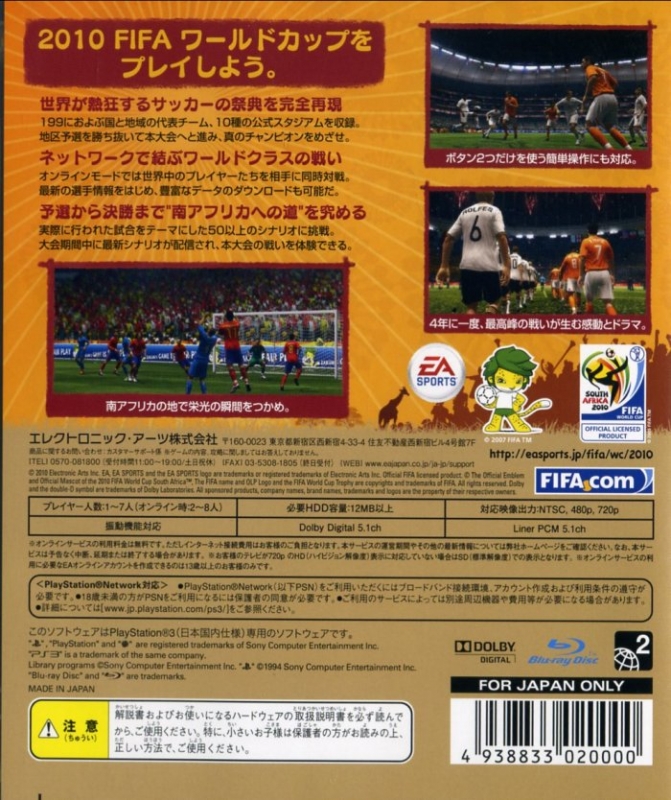 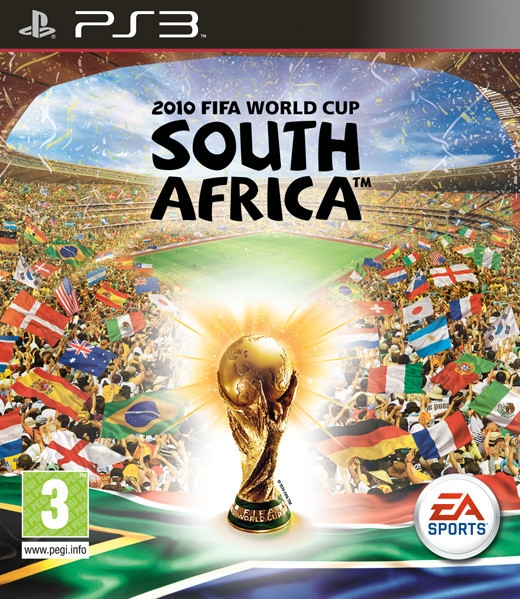 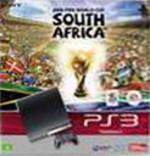 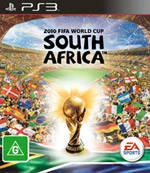 EA SPORTS celebrates the single largest sporting event on the planet with the only official and exclusively licensed videogame for the 2010 FIFA World Cup South Africa.

Experience all the emotion and passion of the world's fiercest national rivalries as you live the dream of competing against fans from around the world for the 2010 FIFA World Cup. Take on the challenge of leading your home nation from qualification right through to a virtual re-creation of the FIFA World Cup Final and feel what it is like to score the goal that lifts a nation.

For the first time ever, play out the 2010 FIFA World Cup in a full and authentic online tournament mode.  Carry the hopes and dreams of your favourite nation into battle against fans from rival countries. Compete under the same conditions your real-world heroes will face in South Africa, from the group stage through the knockout rounds to the chance to be crowned 2010 FIFA World Cup South Africa champion. For fans of nations that failed to qualify for South Africa this is the chance to replay and re-write history. Plus, earn individual and team points to prove your nation is the best in Battle of the Nations.

Spectacularly presented in true-to-life detail, 2010 FIFA World Cup South Africa features all 199 national teams that took part in qualification, all 10 officially licensed stadiums to be used in South Africa and stadiums from each qualifying region. Everything fans love about the World Cup comes to life in stunning detail, including confetti cannons, streamers, & fireworks-just like the official tournament. Plus, supporters who follow their heroes to South Africa will be in the stands waving their country's flag, holding giant banners and cheering in their native language.

2010 FIFA World Cup features a more sophisticated, faster-paced and responsive version of the market-leading EA SPORTS football engine that drives the award-winning FIFA 10-the highest rated sports game on this console generation. Gameplay innovations capture the journey from qualification to the final tournament with home and away strategies for every nation, situational tactics in-game, and altitude affects that fatigue players faster and even impact the flight of the ball.