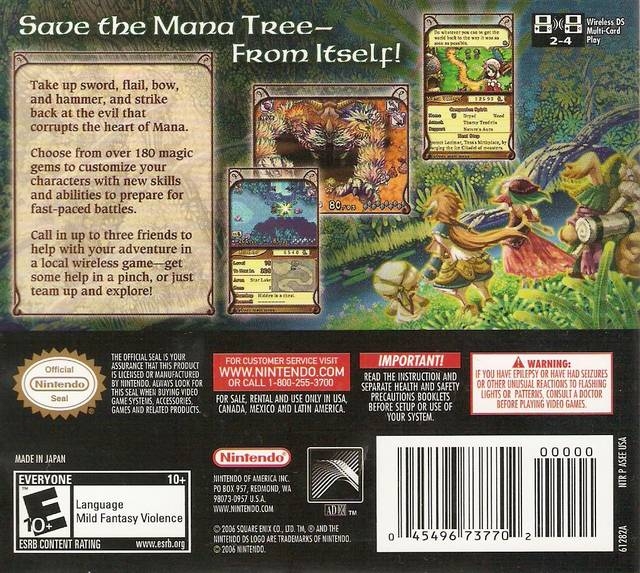 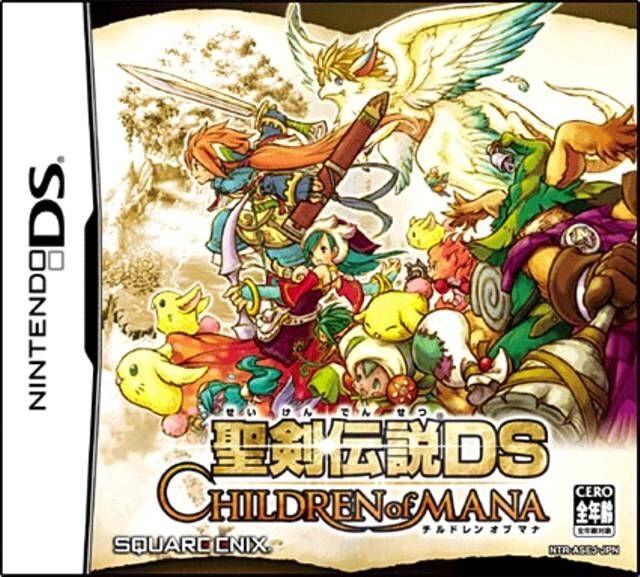 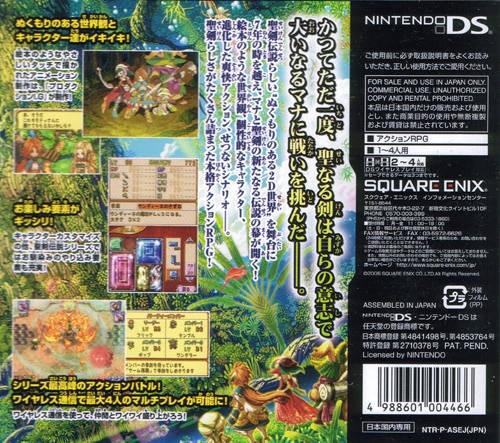 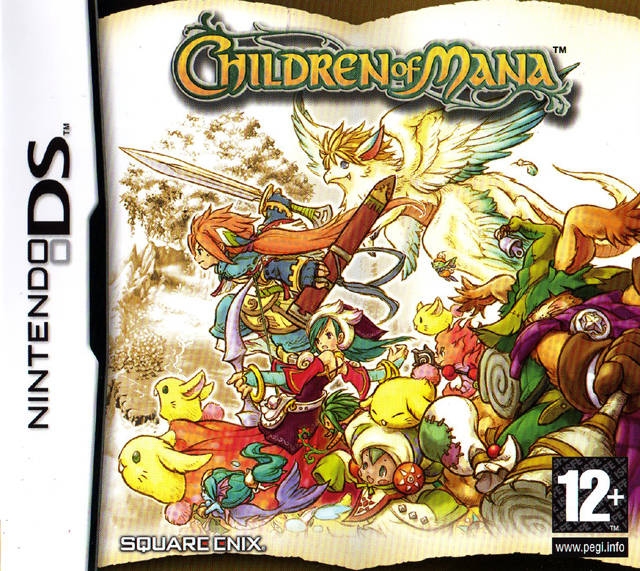 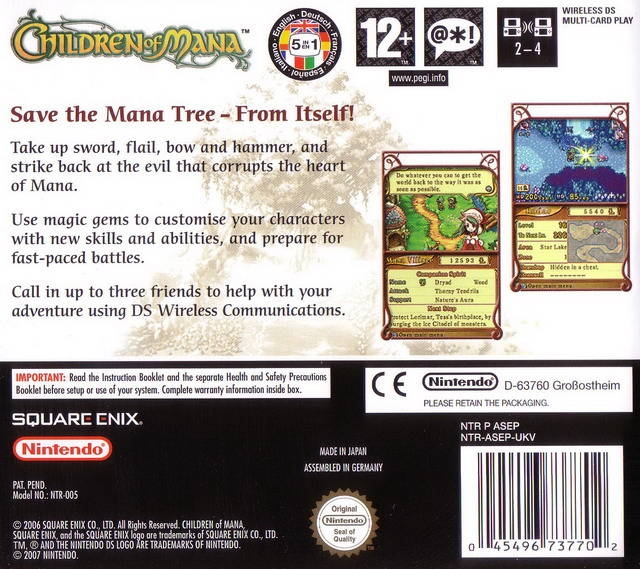 In the center of the world, the Mana Tree grows, sheltering everyone under its strong limbs. Its magic protects the world, but that power has grown too strong and has begun to surge across the land, corrupting all that it touches. Now, a handful of young heroes must band together to restore the magic of the Mana Tree and save Illusia.

Game storyline: Ten years before the game begins, a great cataclysm struck, and the land of Illusia was besieged by monsters. Now, the Mana Tree has been corrupted by her own power, and mysterious pillars of Mana energy have appeared throughout the land. Each of these pillars has corrupted the power of the guardian spirits in those lands. With the help of the Sword of Mana, the player must free each of these guardian spirits from the corrupting magic and help restore order the Mana Tree and the land of Illusia itself.

Characters:
Ferrik: When he was little, his life was saved by a nameless swordsman. Since then, he has dreamt of becoming a swordsman himself. He lost his parents and older sister in the cataclysm.
Tess: She devotes all of her time to studying the Mana Tree and its relation to the Mana Goddess.
Poppen: He is a skilled and fearless magician from the desert of Jadd.
Tamber: She's a young and agile dancer and acrobat. She lost her younger brother and parents in the cataclysm.
Wanderer: Cast out from the niccolos (a species known for being merchants) for his wanderlust, he is both loyal and compassionate, although he tries to act cool and detached.

How to progress through the game: Children of Mana is an action/adventure role-playing game. Players start in a "hub" town in Illusia and travel to different locations (dungeons) throughout the world. Each dungeon contains an assortment of monsters. At the end of the dungeon is a corrupted spirit "boss" they must defeat to free the pure spirit within. All battles are real-time: Players use button combos to attack with different weapons, including flails, bows, swords and mallets. Players can summon elemental spirits to attack enemies as well, or they can use the power of the spirits to enhance their weapons' attack powers.

Any of the game's dungeons can be played solo, but one to four players can team up to play dungeons together using DS Wireless Play. Each player needs a separate game card - DS Download Play is not supported. The game's difficulty level scales depending on how many players are involved. Players cannot harm one another, but they can stun each other with their attacks. This gives the game a competitive aspect as players race to grab items for themselves. Players can team up against a challenging boss creature and then scramble to beat one another to whatever rare items that boss drops once it has been defeated.

Special powers/weapons/moves/features: As players gain in experience, they will become able to use weapons and armor that they couldn't use earlier. Players can then customize those weapons by adding different gems to a "gem frame."

Gems add new abilities to weapons and improve a character's statistics. They can change a character's defense and attack levels or even give their weapons new attacks. There are more than 180 gems of varying rarity, each with a different effect on the player's character.