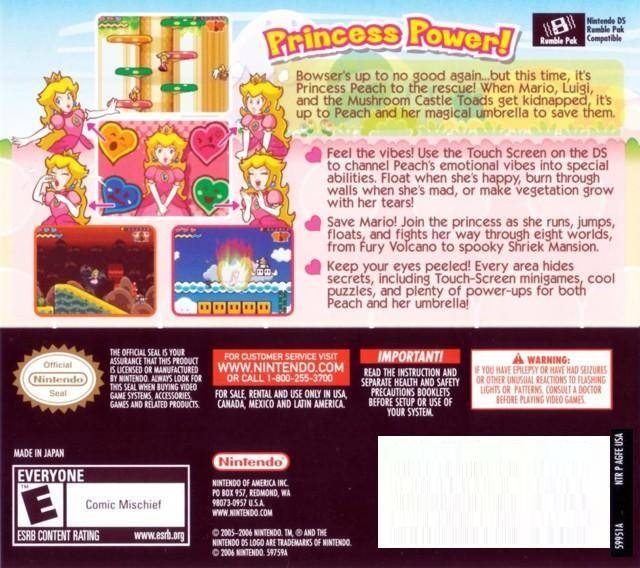 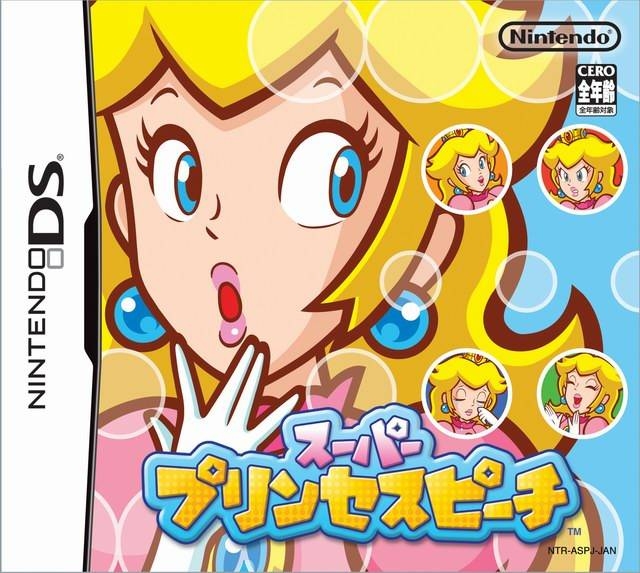 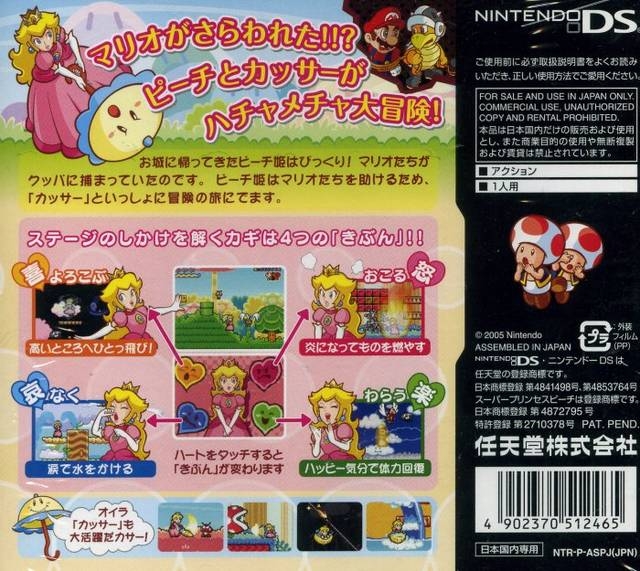 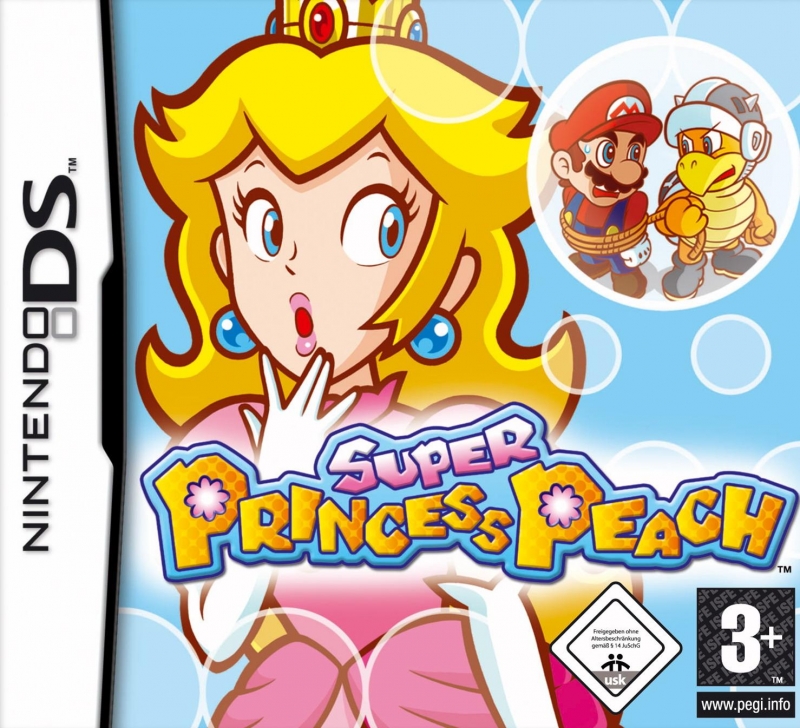 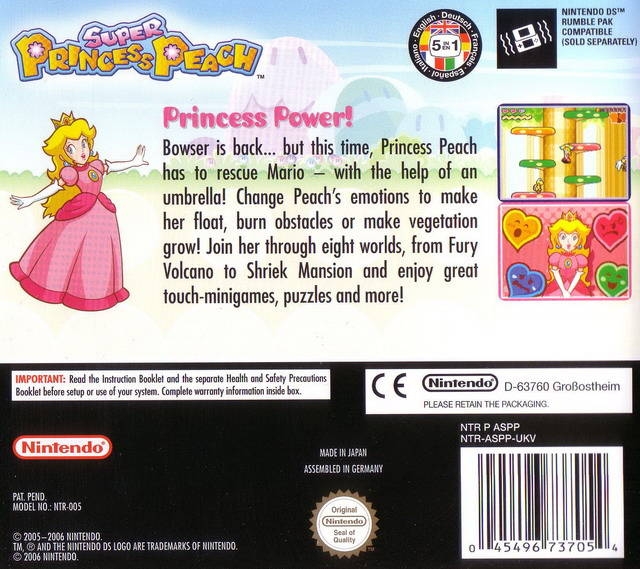 Princess Peach takes centre stage in this girl-powered platform game! Bowser has finally done the smart thing and kidnapped Mario, whisking him (and Luigi, too) away to his castle hideout on Vibe Island. But Bowser hadn’t reckoned on Peach taking it so personally…

Armed with her trusty parasol, Parry, Peach can whack Bowser’s bad guys if they get too close for comfort, though she also has more womanly wiles to save the day. She can channel her emotional feelings into special abilities, allowing her to float on air when she’s happy – handy for bypassing hazards. She can also set fire to flammable objects when she’s riled. Even turning on the waterworks is a weapon for Peach – her tears can make plants grow huge. Climb up the newly grown vegetation and maybe you’ll discover a new area!

With classic side-scrolling action in the style of a Super Mario Bros. adventure, you’ll collect coins and hunt out imprisoned Toads as you explore the 8 worlds, each containing 5 separate stages. But the game also makes use of the DS' capabilities, letting you interact with your environment using the stylus and touch screen. You can also build up Peach’s Vibe powers by collecting gems, or by feeding stunned enemies to her magic parasol to absorb their powers. Koopas, Bullet Bills, Cheep-Cheeps and more infest the colourful locales of Vibe Island – look out for some amazing boss battles! Of course, whatever comes your way is no match for Princess power…

·For the first time, Princess Peach is the star!

·Brilliant platforming action in the style of the classic Super Mario Bros. games

·Navigate 8 increasingly unpredictable worlds to catch up with Bowser

·Use Vibe power! Watch as emotions like Joy, Gloom, Rage and Calm are turned into weapons and useful skills!

·Buy upgrades for your parasol to make it more powerful

·Touch-screen interaction – pull down vines with the stylus, then use them like a catapult!

·Collect mini-games as you play through the adventure

·Secret areas make replaying levels a must – and fun too!